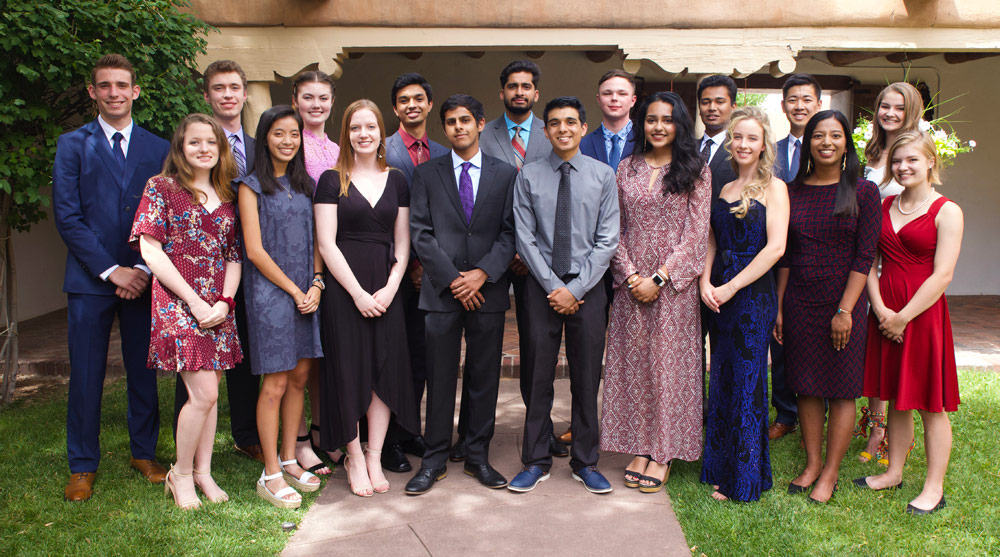 The Eugene McDermott Scholars Program at The University of Texas at Dallas has selected 18 students to make up its 2019 incoming class.

The program provides these students with UT Dallas’ rigorous and personalized education, along with a four-year program of intensive extracurricular activities. McDermott Scholars have access to leadership training, cultural enrichment and opportunities designed to equip them with the skills, experience and confidence to succeed as leaders in society’s many dimensions.

The year’s entering cohort, the program’s 19th class, includes 11 students from Texas, six from six other states and one from Bangladesh.

Collectively, this class has an average two-part SAT score of 1560; 15 have been recognized by the National Merit Scholarship Corporation.

These UT Dallas freshmen will join the 65 scholars currently at UT Dallas and the program’s 270 alumni.

Those selected as McDermott Scholars for the 2019 class are: 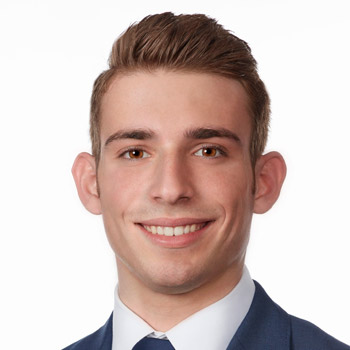 Harrison Dal Ponte is an AP Scholar with Distinction. He volunteered at a local animal shelter, his church and as a tutor. Dal Ponte recently completed an internship with TCI Wealth Advisors. He played lacrosse for six years with the Oro Valley Lacrosse Club and was team captain during the 2019 season. Dal Ponte was an officer in the National Honor Society and the Spanish Society. Photography is his passion, and he has interned for prominent photographers while in high school. He also studied Spanish for six years. Dal Ponte plans to pursue a major in mechanical engineering. 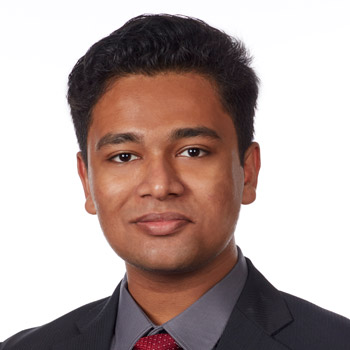 Valedictorian Khalid Hossain is an International Baccalaureate graduate. He is co-president of The Asli Project and led the organization’s efforts to empower indigenous Malaysian children and raise funds to provide Orang Asli villages with teachers, computers and books. Hossain volunteered with Transient Workers Count Too as a translator for Bangladeshi migrant workers who had legal battles in Singaporean court. At school, he helped teachers develop a more effective school curriculum and taught mathematics and programming to kids of all ages. Hossain has lived in Bangladesh, Malaysia and Singapore. He is fluent in Bengali and conversational in Malay, Temuan and French. Hossain plans to major in computer science. 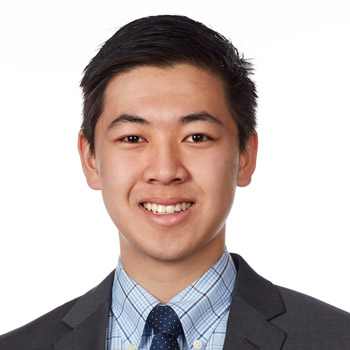 Ted Shi is a National Merit Scholar and an AP Scholar with Distinction. He volunteers with Hoops for Hope and the American Cancer Society’s Relay for Life. In school, he was vice president of the Diversity Club, a student council representative and a member of the National Honor Society, Science National Honor Society and National English Honor Society. He was a three-time state qualifier and captain of the tennis team, and captain of the policy debate team, winning a state championship and qualifying to the Tournament of Champions. He is entering as an undeclared freshman. 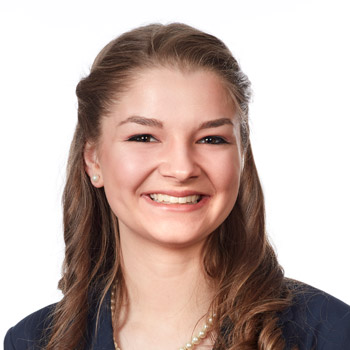 Paulina Hruskoci is an AP Scholar, National Merit Commended Student, and a National Speech & Debate Association (NSDA) Academic All-American. She was a member of four national honor societies and was president of two. As president of her speech and debate team, Hruskoci was a double state champion and received numerous accolades from the NSDA, including recognition as District Student of the Year, reaching Premier Distinction and being ranked No. 1 in New England. As an elected member of the Student Learning Advisory Board and Student Advisory Council, she founded a speech mentorship program with a local middle school. Hruskoci pursued her love of music by playing tenor saxophone in the pep and jazz bands and participating in productions both on and off the stage. She also waitressed at a local restaurant and enjoys road trips with her family to visit national parks. Hruskoci plans to major in political science and continue to study Mandarin. 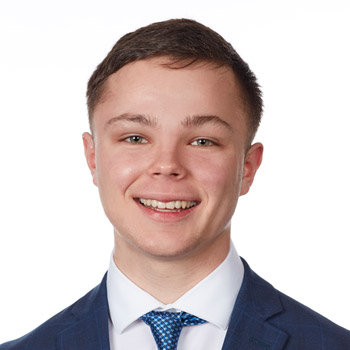 Elijah Harbut is an International Baccalaureate graduate and a National Merit Commended Student. He volunteered in public schools in Pontiac and Detroit, and started a nonprofit organization to place computers in underfunded Detroit classrooms. Harbut won the Michigan State Open Chess Championship when he was a freshman and played soccer for 12 years. He taught himself computer programming and published his own app on the iOS App Store. Harbut worked at his neighborhood library throughout high school, while also leading his school’s programming, astronomy and chess clubs. He plays the piano and speaks English and German. Harbut plans to study biochemistry. 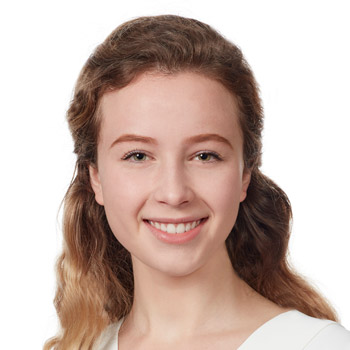 Lydia Grant is a National Merit Scholar and AP Scholar. She volunteered with the Cincinnati Zoo & Botanical Garden and a local animal rescue organization. Grant was involved in several clubs at her high school, including the National Honor Society, Key Club and Chemistry Club. She was also a swimmer. Grant is proficient in Spanish, which she studied for five years. She plans to study electrical engineering. 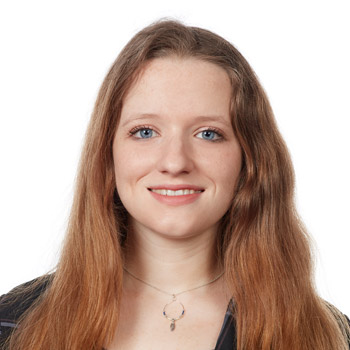 Cady Baltz is a National Merit Scholar, National AP Scholar and a U.S. Presidential Scholar Candidate. She volunteered with the Germantown Community Library, Ronald McDonald House and as a tutor at her high school. As French Club co-president, she organized its first bake sale, raising over $1,000 to sponsor two girls in Niger. She was fundraising director of Project St. Jude, treasurer of Beta Club and president of Rho Kappa. Baltz also competed with her school’s Knowledge Bowl and CyberPatriot teams. Passionate about technology, she attended Tennessee Tech’s Governor’s School for Emerging Technologies and worked as a sensei at Code Ninjas. She is conversational in French and plans to major in computer science. 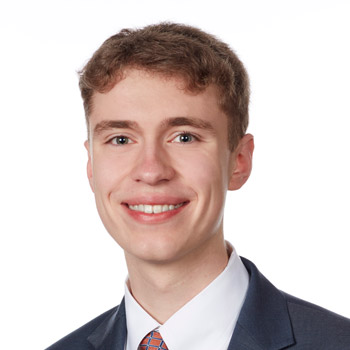 Taylor Crockett is a National Merit Finalist and an AP Scholar with Distinction. He volunteered with the Veterans Center of North Texas to coordinate services for local veterans and was a tutor at his high school. Crockett played French horn in the varsity wind ensemble and full orchestra, and marched in the Pasadena Tournament of Roses parade. He was an officer for the tutoring club, co-founded the pingpong club and was selected as a NASA High School Aerospace Scholar at Johnson Space Center. Crockett composes music in his free time and is proficient in Spanish. He is entering as an undeclared freshman and is considering physics, psychology or history. 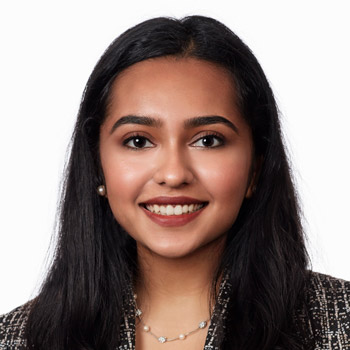 Areeba Hafeez is a National Merit Scholar and an AP Scholar with Distinction. She volunteers with her mosque and at local hospitals. Because of her passion for working with kids, she founded an after-school children’s music club and a STEM club for elementary children, and works as an early learner instructor at Kumon. She was secretary for Carroll Medical Academy and International Club, and social chair for Key Club. Hafeez has won multiple singing competitions across Dallas-Fort Worth and performs the national anthem for a variety of events. She plays guitar and piano, and writes and produces music. She is conversational in Urdu and Spanish. Hafeez plans to major in neuroscience as a pre-med student. 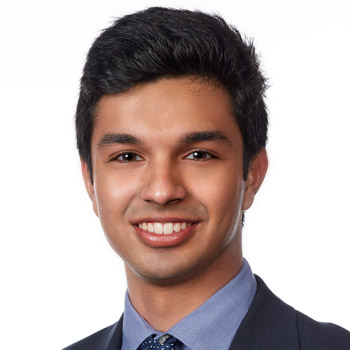 A National Merit Scholar and National AP Scholar, Pratik Koppikar was third in his class of 852. He volunteered the past three years as vice president of education at his school’s chapter of Intellichoice, which provides free math tutoring to economically disadvantaged children. He intends to continue that work with the UT Dallas chapter. Koppikar also interned under Dr. Madhuri Hegde in the Emory Genetics Laboratory at Emory University, where he explored potential diagnosis options for limb-girdle muscular dystrophy. Spending his extracurricular time mostly in percussion ensembles, Koppikar acted as the front ensemble captain and section leader, earning first-place finishes at the Percussive Arts Society International Convention and the Black Swamp Ensemble Percussion Showcase. Koppikar is an Eagle Scout and hopes to continue his involvement with Scouting. He plans to study biology and speech-language pathology and audiology. 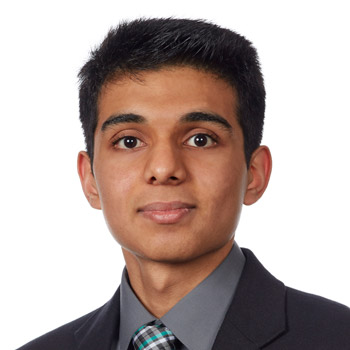 Avirut Mehta is a National Merit Scholar and AP Scholar with a strong interest in community service and volunteering efforts. As the president of his school’s Science National Honor Society and co-president of the Spanish National Honor Society, Mehta organized various outreach programs to provide advanced educational opportunities to younger students at local elementary and middle schools and public libraries. Fluent in Gujarati and conversational in Spanish, Mehta believes strongly in embracing language and culture as a means of broadening perspectives. He plans to major in international political economy. 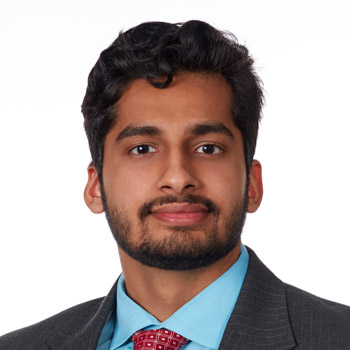 Valedictorian Bhaash Pathak is a National Merit Scholar, National AP Scholar and U.S. Presidential Scholar Semifinalist. He is the founder of SOS Campaign, a nonprofit organization that provides an application dealing with emergency communication for schools and the elderly. Pathak acquired $50,000 in funding from Google for Nonprofits. He conducted research on fall-detection algorithms and patient-data storing systems and holds a patent, which he presented at the HOSA-Future Health Professionals state competition. Pathak founded the Environmental Actions Club and Key Club at his school, and played tennis and basketball. He works as a certified nursing assistant and has volunteered at Baylor Scott & White Health. He speaks Spanish and will major in neuroscience. 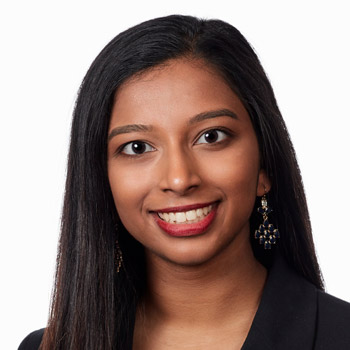 Salutatorian Neha Philip is a National Merit Scholar and AP Scholar. She has volunteered with the Texas Ramp Project, Baylor Scott & White Health, and the North Texas Primary Care Clinic. She was vice president of the Spanish National Honor Society, vice president of Leo’s Club and an assistant instructor for Red Tiger Karate. She was a member of National Honor Society, Key Club and HOSA-Future Health Professionals. She is conversational in Malayalam and Spanish and will major in neuroscience.

Cari Reinert is a National Merit Scholar and an AP Scholar with Distinction. Along with tutoring girls in mathematics, she volunteered at the Sachse Public Library and the Elm Fork Education Center. Reinert was president of her school’s Model United Nations (MUN) club and served as the secretary-general of the Denton Youth MUN Conference and the Science x MUN conference. She also started Eureka, a physics club, to spread her curiosity about physics with the University of North Texas (UNT) community. Reinert worked for three semesters as a climbing-wall attendant at UNT. In her free time, she enjoys painting, baking and knitting. She plans to major in international political economy. 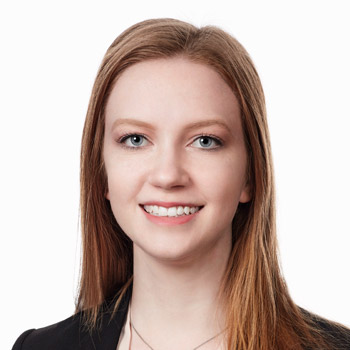 Anna Scully is a National AP Scholar. She spent the last four years volunteering at nursing homes and organizing musical performances for the residents. She also volunteered with music programs at local elementary and middle schools. Scully was a trombonist for her school’s nationally ranked wind ensemble and a two-year drum major for the school’s marching band. She also was vice president of her school’s chapter of Mu Alpha Theta and an active member of National Honor Society, Spanish Honor Society, Science Honor Society and her school’s peer mentoring program. Scully tutored kids of all ages in all subject matters, including SAT and ACT math and English. She plans to study speech-language pathology and audiology. 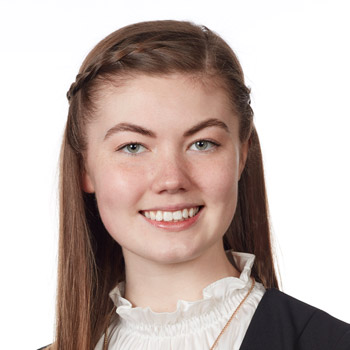 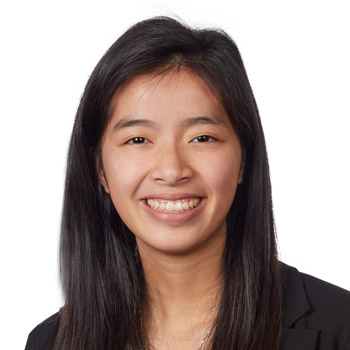 Vivian Tran is a National Merit Scholar, AP Scholar with Distinction, U.S. Presidential Scholar Candidate and member of the National Honor Society. She volunteered as a tutor with Mathnasium and as a counselor for individuals with disabilities at Children’s Association for Maximum Potential. Tran is a Paderewski Medal winner from the American College of Musicians (ACM), and a six-time international winner and a four-time national winner of the ACM Piano Guild Auditions. She was clarinet section leader in the Westwood Warrior Band and president of Tri-M Music Honor Society and the Junior Classical League. She is a certified EKG technician and was an intern with a nonprofit organization that serves families affected by the criminal justice system. She also loves photography. Tran plans to study biochemistry as a pre-dental student. 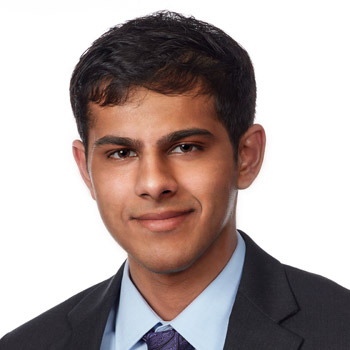 Varun Venkat is a National AP Scholar and a National Merit Commended Scholar. He is a math and physics tutor and volunteers at his local temple. At UT Dallas, he conducted research in fluid mechanics and wind energy. As a student leader of Academic Decathlon, Venkat helped his team prepare for competition and has earned medals in math and science at the state and regional competitions. He also was president and co-founder of his school’s Physics Club and participated in Science Olympiad, National Math Honor Society and Computer Science Club. He will study electrical engineering.