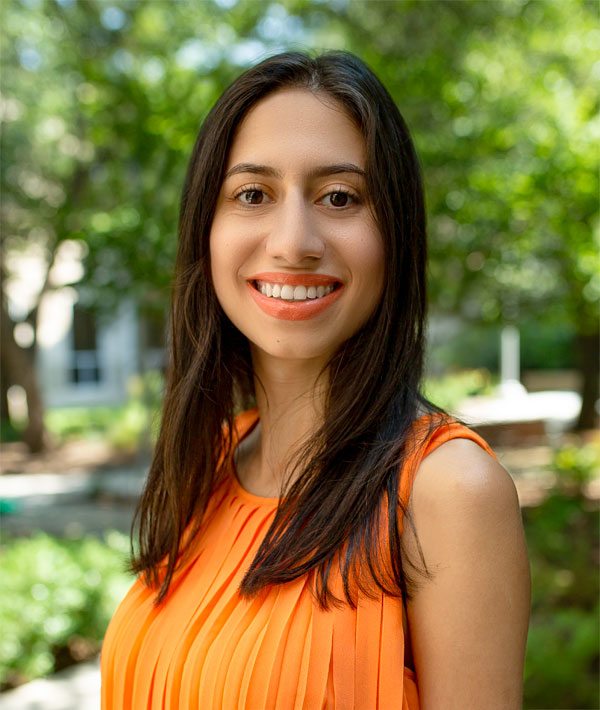 Ani Baghdasaryan grew up seeing many people forced to leave her country, Armenia, to find jobs. Her career goals, however, can only be accomplished by going back home.

The international political economy graduate student wants to help improve public policy and gender equity in Armenia during a time of sweeping change. The former Soviet republic elected a new prime minister in May after anti-government protests in what has been called a “velvet revolution” because of its peaceful nature.

“Developing my expertise in political economy will be the basis for the change I want to bring to the socioeconomic and political landscape of Armenia,” Baghdasaryan said.

To help her succeed, the American Association of University Women (AAUW) honored her with a 2018-19 International Fellowship, which supports students who will return to their home countries to become leaders in their fields.

Baghdasaryan expects to graduate in May with a Dual Degree Master of Science in International Political Economy from the School of Economic, Political and Policy Sciences (EPPS). International political economy includes the study of international relations, economics and public policy.

Students in the dual degree program spend one year at UT Dallas and one at the University of Marburg, a nearly 500-year-old campus in Marburg, Germany, and receive degrees from both universities. Baghdasaryan completed her first year in the program in Germany last academic year.

“The dual degree is intended to be a launch pad for students with aspirations to work across borders. This is a rare opportunity of international mobility for students, like Ani, who want to work abroad and then, ultimately, bring that expertise home.”

When she returns to Armenia, Baghdasaryan said she wants to work on gender equity issues, including increasing women’s participation in government. As an undergraduate, she designed an awareness program about domestic violence and supported the campaign to pass a law to combat domestic violence back home. She also served as an observer during the 2017 parliamentary election.

Bachelor’s, master’s and PhD degrees in international political economy prepare students for a range of careers in government, nonprofits and international business. The dual degree program began in the 2016-17 academic year for students like Baghdasaryan who want to work internationally, said Dr. Jennifer Holmes, interim dean of EPPS and professor of political science, public policy and political economy.

“We are proud of Ani, her accomplishments and her work to improve gender equity,” Holmes said. “The dual degree is intended to be a launch pad for students with aspirations to work across borders. This is a rare opportunity of international mobility for students, like Ani, who want to work abroad and then, ultimately, bring that expertise home.”