Two undergraduates in the School of Behavioral and Brain Sciences at The University of Texas at Dallas have been recognized with awards from the Barry Goldwater Scholarship and Excellence in Education Foundation. 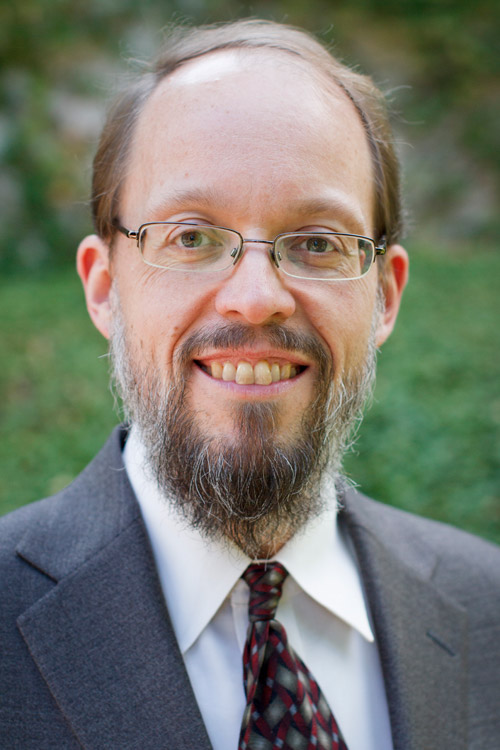 They join the ranks of 20 other UT Dallas students who have been recognized by the Goldwater Foundation over the years. Last year’s scholarship recipients were McDermott Scholar and molecular biology major Mark De Los Santos and neuroscience major and Green Fellow Vyom Raval. Both graduated with bachelor’s degrees this spring.

The Goldwater Scholarships recognize college sophomores and juniors who want to pursue research careers in natural sciences, mathematics and engineering. Winners receive a scholarship of up to $7,500 for one year.

Some 396 college students from an estimated pool of 1,343 from 461 institutions were awarded scholarships, which honor the late Arizona Sen. Barry Goldwater.

Dr. Douglas Dow, associate dean of the Hobson Wildenthal Honors College and clinical professor of political science, said the five UT Dallas nominees this year included a transfer student for the first time. No other school in Texas had more Goldwater recipients.

“We are all so proud of Jennifer and Patrick. Their enthusiasm for bettering our world is so inspiring,” Dow said. “Both of these scholars, as well as our other nominees, exemplify how early passion for science and engineering may be transformed at UTD into highly impactful and sophisticated research experiences.”

Patrick Nnoromele grew up in Richmond, Kentucky, a small town “where everybody knew everybody.” His parents were born in Nigeria during the fallout of its civil war and immigrated to the U.S. in pursuit of opportunity. Each went on to earn a PhD — his father in philosophy and his mother in 19th-century English literature — then both taught for over 20 years at Eastern Kentucky University, where their example passed along the value of higher education to their children. 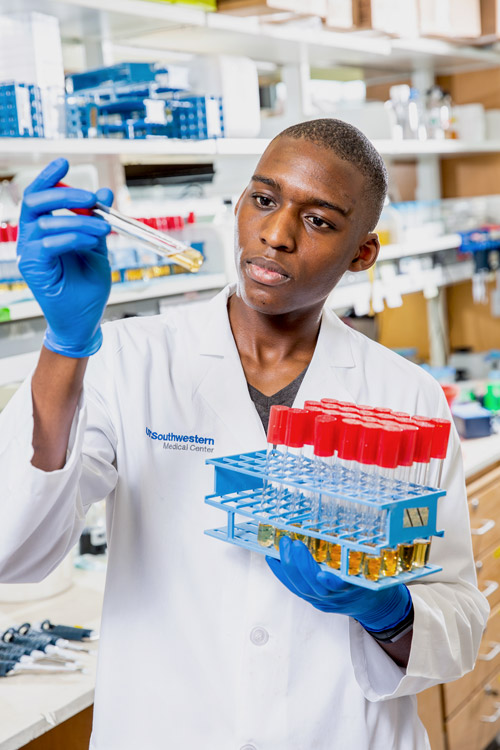 Nnoromele always thought he wanted to be a doctor. When he arrived at UT Dallas his freshman year, however, he learned about research opportunities from his peers in the Honors College and applied for the Summer Undergraduate Research Fellowship, sponsored by the National Institute of Standards and Technology, which is part of the U.S. Department of Commerce.

“I knew I loved learning about biology and enjoyed the spirit of discovery. I learned that medicine encompasses both the implementation of what we know and the exploration of what we don’t. I was more fascinated by the things we don’t know about the body,” Nnoromele said.

He worked in the Center for Engineering Innovation with research scientist Dr. Eric Kildebeck BS’05, a member of the inaugural McDermott Scholars Class of 2001, to develop a new biology curriculum for his team’s programming initiative and demonstrate the capacity to create complex, realistic environments in Polycraft World.

“Patrick’s passion and ability as an undergraduate researcher was consistently evident by his high quality of work, enriching and intelligent conversations within the research team, and his remarkable initiative to lead his own elements of the research project. Patrick brought a passion for learning, a diligent work ethic, an outstanding sense of character, and a deep interest in interdisciplinary biological research to our team,” Kildebeck said.

“We are all so proud of Jennifer and Patrick. Their enthusiasm for bettering our world is so inspiring. Both of these scholars, as well as our other nominees, exemplify how early passion for science and engineering may be transformed at UTD into highly impactful and sophisticated research experiences.”

In his sophomore year, Nnoromele worked in the lab of Dr. Vincent Tagliabracci, assistant professor of molecular biology at UT Southwestern Medical Center, where he researched methods to repurpose an enzyme found in a plant pathogen to target cancer cells in the human body.

“That was remarkably exciting. The most effective outlet for my curiosity about the world is pursing scientific research on the molecular level,” Nnoromele said.

Nnoromele also serves as an emergency medical technician with the University Emergency Medical Response team. He wants to eventually pursue an MD and a PhD in neurobiology so that he can focus on neurodegenerative diseases such as multiple sclerosis and amyotrophic lateral sclerosis.

“My father has dementia, and I know what it’s like to watch someone disappear. It’s galvanizing. It’s like a call to action,” Nnoromele said, explaining his focus. 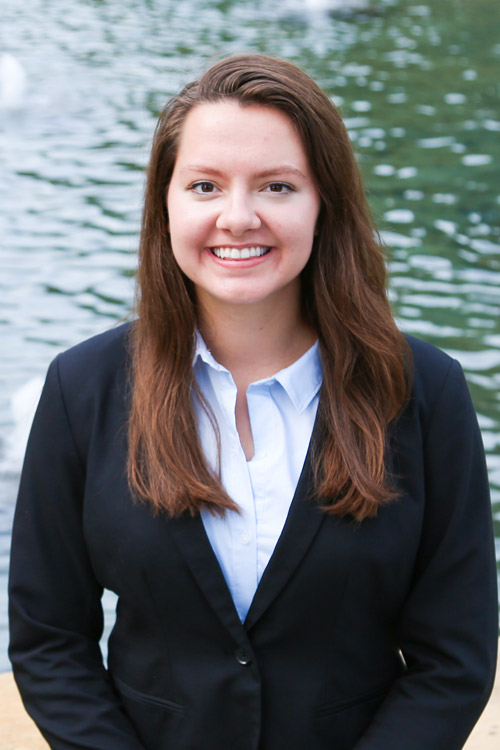 Jennifer Jenks grew up in Aurora, Iowa, a town of less than 200 where her parents are corn and soybean farmers. She credits her parents’ commitment to education for enabling her to commute an hour each way to attend a high school in Marion, where she was able to participate in a short-term biochemistry research project.

“It was the first time I thought of research as a career. I loved the thinking process involved and identifying confounding variables,” Jenks said.

During a high school anatomy class, she found herself interested in the nervous system. During her first semester at UT Dallas, she took a neuroscience class and found her perfect fit.

“My primary interest is in the molecular and cellular aspects of neurodegenerative diseases, where cells in the nervous system are breaking down,” Jenks said.

Currently working in Melbourne, Australia, she is researching the development of myelination, which ensures signals from the brain are moving quickly and properly, in mice pups to see how they are growing differently in healthy and diseased samples.

Since the COVID-19 outbreak, Jenks has been working from her apartment on analysis of data but has permission to return to the lab for a few essential experiments.

At UT Dallas, she also worked on a longitudinal study with Dr. Denise Park, director of research for UT Dallas’ Center for Vital Longevity and Distinguished University Chair in Behavioral and Brain Sciences, investigating the effects of everyday activities on the cognitive function of older adults.

“I am thrilled that Jennifer received this prestigious reward. She is one of the most outstanding undergraduates I have ever had the privilege to mentor,” Park said. “She demonstrated enormous intellect and leadership by developing and completing a sophisticated study to look at the long-term effects of cognitive engagement 10 years after the initial engagement occurred. She behaved more like an advanced PhD student than an undergraduate.”

Jenks, who has been a teaching assistant and a technical writing tutor in the Student Success Center, will be applying to graduate schools in the fall and wants to pursue a PhD in neuroscience. She hopes to enter academia, where she can continue research and also teach.