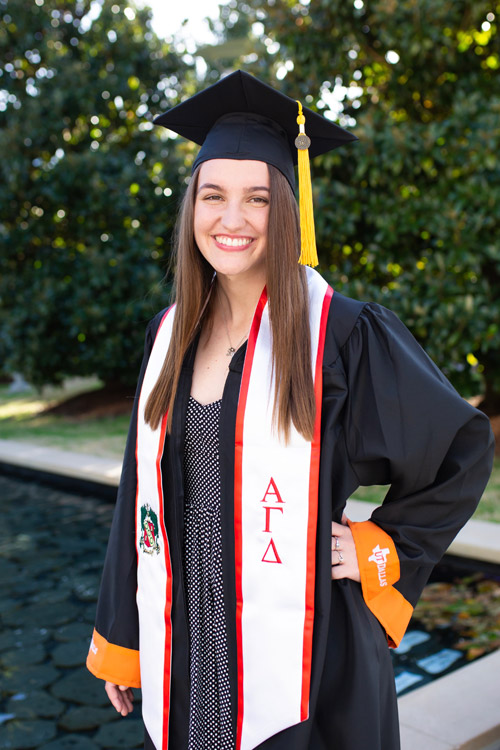 Now that she has earned a master’s degree in systems engineering and management from The University of Texas at Dallas, Elizabeth Labra BS’19, MS’20 is ready to begin her next mission: as a project engineer for a company that supports flight operations for NASA’s Johnson Space Center.

“I will be working on mission systems, including at Mission Control Center,” Labra said. She will work for KBR, which provides professional services and technologies to NASA. “The systems involved in the missions are complex, and I look forward to diving in. Our nation is going back to the moon, and I hope to be part of it.”

Labra earned a bachelor’s degree in mechanical engineering in 2019 from the Erik Jonsson School of Engineering and Computer Science and pursued her master’s degree through the fast-track program, a joint initiative of the Jonsson School and the Naveen Jindal School of Management. Labra said she became interested in systems engineering because it involves connecting the many parts of complex engineering projects.

“Systems engineering is all about the big picture: how subsystems interact with each other and how it all comes together,” Labra said. “This was appealing to me. It also aligns more with what I think I want to do in the real world.” 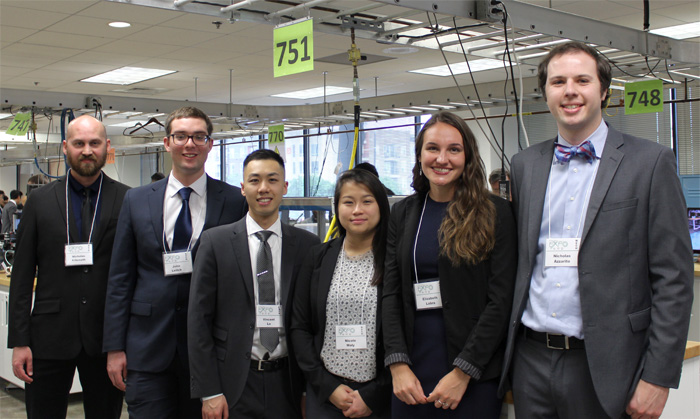 Labra said opportunities at the University, including the UTDesign Senior Capstone Program, helped prepare her for her next step. She served as leader of a student group that earned the second-place prize at last year’s American Society of Mechanical Engineers’ Manufacturing Science and Engineering Conference. UTDesign students work with faculty and corporate mentors on real-world problems for corporate sponsors. Labra and her team designed an automated machine to help test the thickness of insulation for corporate sponsor Encore Wire Corp. in McKinney, Texas.

“We walked away with second place, but more valuable to me was the experience of presenting this technical project to a panel of respected and accomplished engineers,” Labra said. “I’m very thankful for my time at UTD, and I look forward to applying everything I’ve learned from my classes and experiences to my future endeavors.”

Labra, who also worked as a teaching assistant, credited professors and her academic advisor, Brenda Rains, who took time to help her as a student.

“I could already see that she would be a great systems engineer. She was a great leader guiding the team but giving each person the space and opportunity to contribute and collaborate on ideas and solutions. As a practicing engineer, I remarked even then that if I had still been in industry, I would have tried to hire her. I know she will be very successful.”

James Christopher Wilt, an engineering and computer science lecturer in the Erik Jonsson School of Engineering and Computer Science

“The classes were challenging in the right way. I learned to work hard to figure something out I did not understand, but I also learned when to ask for help,” Labra said. “Through numerous group projects, I got to work on a variety of subjects with many different people. UTD improved my ability to learn as well as gave me valuable hands-on experience in group settings.”

James Christopher Wilt, an engineering and computer science lecturer, UTDesign advisor and a licensed professional engineer, said Labra was well-organized and ahead of where the team needed to be with its schedules and reports.

“I could already see that she would be a great systems engineer. She was a great leader guiding the team but giving each person the space and opportunity to contribute and collaborate on ideas and solutions,” said Wilt, president and founder of Coppell, Texas-based Pegasus Aerospace & Consulting. “As a practicing engineer, I remarked even then that if I had still been in industry, I would have tried to hire her. I know she will be very successful.”

Labra said she became interested in engineering while attending high school in Friendswood, Texas. She chose the University after being offered an academic scholarship and a spot on the women’s tennis team. During her senior year, the team captured the 2019 American Southwest Conference championship.

“I really felt like the University was a great fit for me because I prioritized my education, but I also wanted to be involved on campus,” Labra said.

Asked what she will miss most about UT Dallas, Labra said “definitely the people.”

“UTD is such a diverse community. I’ve met so many great, different people through my classes, sorority and athletics,” she said. “College has been a great experience. I’m so proud of myself for finishing, but I’m also sorely going to miss just being at UTD. There’s something so motivating about being around so many people that are actively pursuing their goals.”