Student Looks To Further His Mastery of Languages with Boren Scholarship 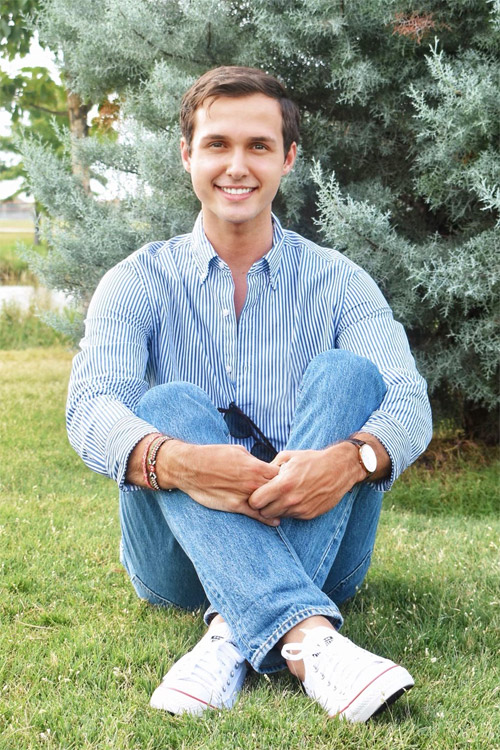 Vladyslav Wallace, a global business and international political economy senior at The University of Texas at Dallas, had a head start in mastering several languages.

His family immigrated to the U.S. when he was a child, so Wallace grew up translating his parents’ native Ukrainian into English. At UT Dallas, multiple study abroad experiences and internships gave him a proficiency in Russian and French.

Now as a recipient of a distinguished David L. Boren Scholarship from the National Security Education Program, Wallace hopes his aptitude for languages will translate into a career in international affairs with a focus on the post-Soviet realm.

The Boren Scholarship provides up to $20,000 for study in areas of the world that are critical to U.S. interests, including Africa, Asia, Latin America, Eastern Europe and the Middle East.

Wallace will study advanced Russian in Kazakhstan and serve as an intern there with EducationUSA, a U.S. Department of State network of over 430 international student advising centers in more than 175 countries and territories that promotes U.S. higher education to students around the world.

“Vlad has committed himself to multilingualism and cross-cultural dialogue. In terms of his intellect, his curiosity and his outgoing personality, he will make an outstanding career diplomat. I’m so glad Vlad chose to prepare for that vocation at UTD,” Dow said.

Wallace’s newest opportunity to study Russian comes on the heels of his recent immersion experience in France. As a 2018 recipient of the Benjamin A. Gilman International Scholarship, Wallace lived with a French host family and studied at Emlyon Business School in Saint-Étienne, France. He enjoyed the experience so much he extended his stay through the summer and earned a language certificate from the French Ministry of Higher Education, Research and Innovation.

“Vlad has committed himself to multilingualism and cross-cultural dialogue. In terms of his intellect, his curiosity and his outgoing personality, he will make an outstanding career diplomat. I’m so glad Vlad chose to prepare for that vocation at UTD.”

“I really made the most of my time there. It only reinforced my interest in career international affairs,” Wallace said. “At the core of everything I’ve done is citizen diplomacy and engagement on the international level. I would like to do it professionally.”

He particularly enjoyed practicing his soft diplomacy skills and providing his host family with insights into U.S. culture, including introducing them to American football and s’mores.

“I learned what it looked like to represent our country. America’s standing has really deteriorated around the world in recent years. I want to improve others’ perception of America. We need a greater mutual understanding,” Wallace said.

His interest in citizen engagement continued as a Bill Archer Fellow in fall 2019, when he worked as a policy fellow with the U.S. Global Leadership Coalition in Washington, D.C.

Back at UT Dallas, Wallace was a student organizer for Battleground Texas, registering students to vote. He spoke in classes and carried a clipboard around campus to register around 3,500 students. He even attended naturalization ceremonies to sign up new citizens on the spot.

“People will say to us, ‘You’re so young. You don’t really understand what’s going on in this country.’ But I think it’s important to have a voice. Our country is at the extremes right now, which is why it’s important to get involved and get back to the middle, where we have a safe and flourishing society,” Wallace said.

Wallace will spend the fall in Kazakhstan and then return for the spring semester at UT Dallas before graduating in May 2021.