Volunteers Build Skills, Hope for Others During Alternative Spring Break 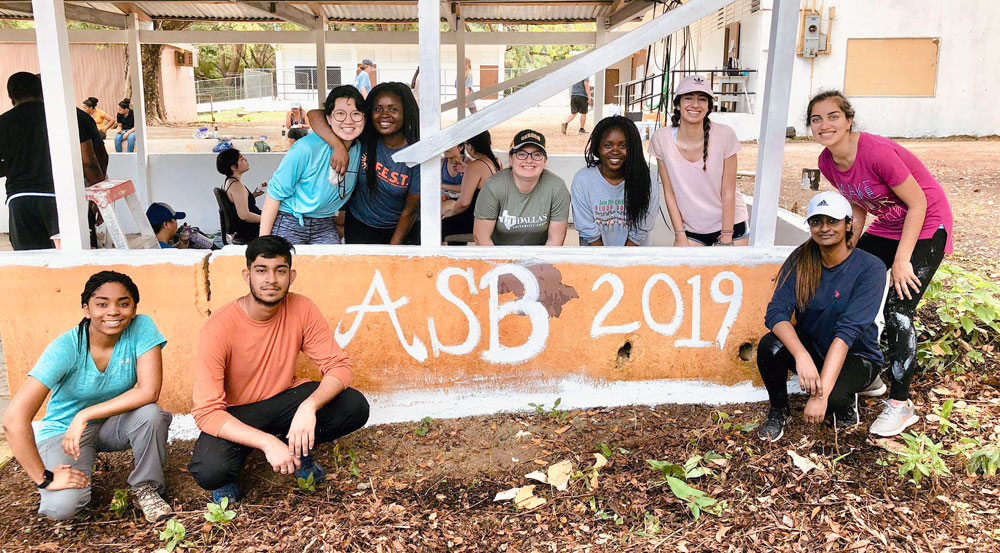 University of Texas at Dallas healthcare studies senior Nwamaka “Amy” Iloani learned firsthand how devastating a natural disaster can be when Hurricane Harvey hit Houston and Southeast Texas in August 2017, inflicting billions of dollars in damage.

“Today, if you drive through that neighborhood, you’re not going to see any indication that it ever hit,” Iloani said.

“They’re our family. The scars remain, but they are resilient. They want to build their future. I like that I was needed and that our trip had an impact. We made a difference.”

It’s a different story in Puerto Rico, where people are still trying to overcome the destruction caused by Hurricane Maria nearly two years after the storm hit in September 2017. With resources more slow in coming, residents are still scrambling to recover from a hurricane that damaged or destroyed more than one-third of the island’s homes and crippled its power grid.

That’s why Iloani chose to volunteer with the Alternative Spring Break (ASB) disaster relief service project, held for the first time in Puerto Rico. She was among 100 UT Dallas students who participated in ASB service projects across the country that help students develop leadership skills and learn about current social issues.

Organized by the Office of Student Volunteerism, each trip is designed around a social issue such as affordable housing, sustainability or environmental conservation. Students prepare for their service projects by studying and researching these issues in small groups for months.

In Puerto Rico, students ripped out carpeting damaged by the storm’s rains, painted houses and cleared paths with machetes. They also helped clear out an abandoned and overgrown naval building that will be used as an ecotourism base to help rebuild the economy.

“As fellow Americans, it was important for us to help out. Everything we did was for our Puerto Rican familia,” said Srishti Mathur, a graduate student in applied cognition and neuroscience who has been participating in ASB projects since her freshman year at UT Dallas.

Mackenzie Hunter, director of student volunteerism, said the Alternative Spring Break projects benefit the students who participate as well as the communities they serve. 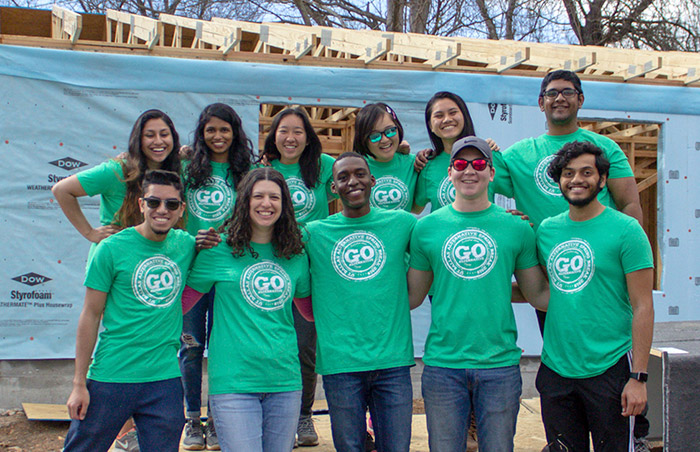 A group from UT Dallas built homes with Habitat for Humanity in Tahlequah, Oklahoma.

“ASB helps students to broaden their worldview and become more compassionate and informed leaders through hands-on service, reflection and education,” she said. “Students learn to prioritize the needs of the group above their individual needs. They gain valuable experience working as a team and thinking creatively about how to solve problems.”

At other ASB sites, students served in diverse ways: from being cabin leaders for a youth camp in California to serving meals and working a community garden for a San Antonio food bank to harvesting grass to replant along an eroding shoreline in Galveston.

One group worked alongside retired volunteers to build affordable housing with Habitat for Humanity in Tahlequah, Oklahoma.

“I was inspired by the retirees,” said Bella Ngo, an information technology and systems freshman. “I learned from them how to use a hammer and make every swing count. By the end of the week, I can say that I truly nailed it.”

“At first, we kind of kept our distance,” she said. “But by the end, we were all in there hugging the donkeys and taking selfies. Our comfort level had grown so much that we had become donkey whisperers for these skittish animals.”

At Heifer International near Little Rock, Arkansas, students studied global poverty and toured the organization’s global village model. Veronica Lugtu, a healthcare studies senior, spent the night sleeping on the floor in a replica Thai village home and likened the experience to an episode of the television program “Survivor.”

“We made our own fire and cooked with very few resources. We had to walk to get water. I was really moved because this is what a lot of people around the world experience every day. We eventually learned that we had enough resources if everyone worked together,” she said.

For Iloani, the disaster relief experience will stay with her.

“They’re our family,” Iloani said of the Puerto Ricans. “The scars remain, but they are resilient. They want to build their future. I like that I was needed and that our trip had an impact. We made a difference.” 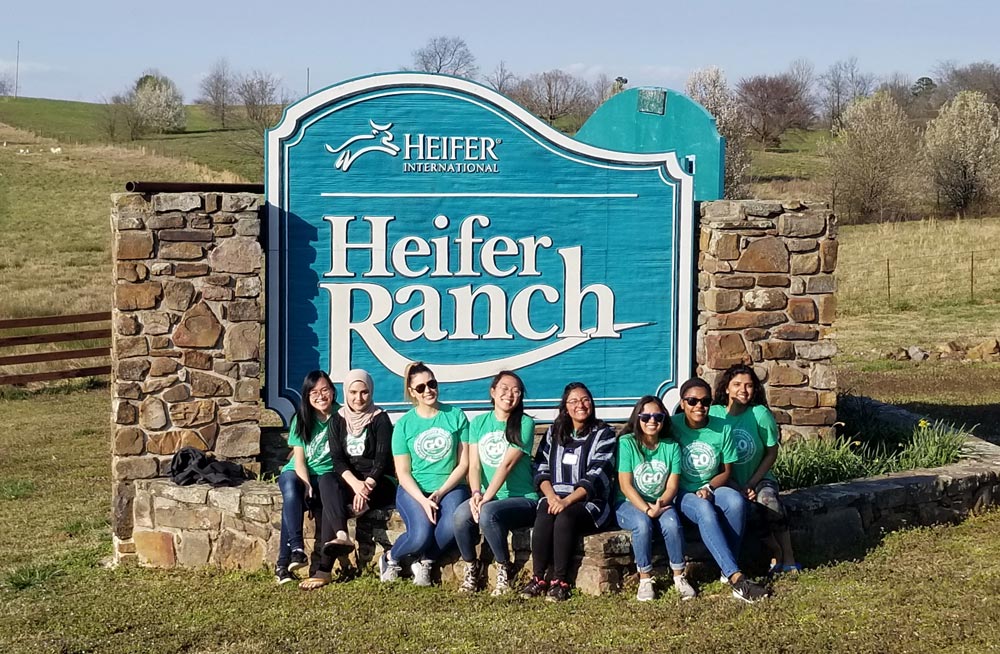