The steady stream of new technologies emerging in genetics, information technology, bioengineering and numerous other sectors is usually accompanied by compelling statements by researchers and company executives about the benefits to individuals and society. Less attention is paid to what else might result from the use of these powerful new tools. 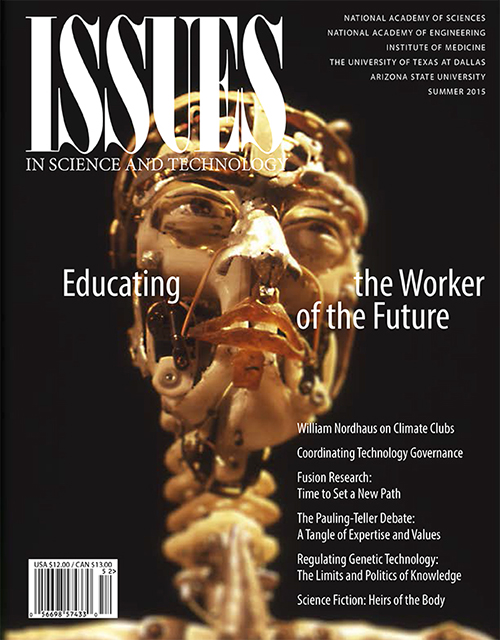 In the summer 2015 edition of Issues in Science and Technology, Gary Marchant of Arizona State University and Wendell Wallach of Yale University write that we need an independent mechanism for assessing the effects of new technologies and orchestrating society’s response when problems are identified. They explain how the Governance Coordination Committee could coordinate study of a technology; discussions among stakeholders, experts, and policymakers; and consensus building.

Also in the edition: