By learning how water is collected by living organisms, including rice leaves and pitcher plants, scientists at The University of Texas at Dallas created and tested a combination of materials that can do the same thing, but faster.

The shells of certain desert-dwelling beetles can trap and direct water droplets, as can textures on rice leaves and pitcher plants. With that natural blueprint, researchers at UT Dallas, in collaboration with Penn State University, engineered a surface and infused it with a liquid lubricant that is hydrophilic — it attracts water. They were able to “capture” water droplets from fog and air vapor, and rapidly direct them into reservoirs via lubricated microgrooves.

Their findings appear in the journal Science Advances.

“Existing processes for creating fresh water, such as desalination, rely on the transition from vapor to water,” said Dr. Simon Dai, assistant professor of mechanical engineering in the Erik Jonsson School of Engineering and Computer Science. “We wanted to create a surface that can both capture and direct water droplets efficiently.”

This video shows how well the UT Dallas researchers’ slippery rough surface channels and directs water droplets compared to two other surfaces. If you don’t see the video, watch it on Vimeo.

If a surface traps a water droplet too tightly, it cannot move fast enough for capture at an efficient rate, Dai said. Think of the way water travels down a glass window. The droplet is attached firmly and takes a long time to make its way to the bottom of the glass. This time-consuming process means some water may be lost due to evaporation before it can be captured.

To design a suitable material, Dai and his collaborators had to meet some diverse criteria, including creating a surface that allowed the lubricant to be uniformly retained. Moreover, the surface chemistry had to be more favorable for the lubricant than for the water to wet solid textures, and the lubricant and water could not mix.

The researchers’ “hydrophilic directional slippery rough surfaces,” or SRS, also combined the best water-harvesting design elements of several natural substances. Taking a cue from the desert beetle, they wanted a surface that could capture miniscule water droplets and combine them to make large droplets. They paired that attribute with the slippery function of pitcher plants. 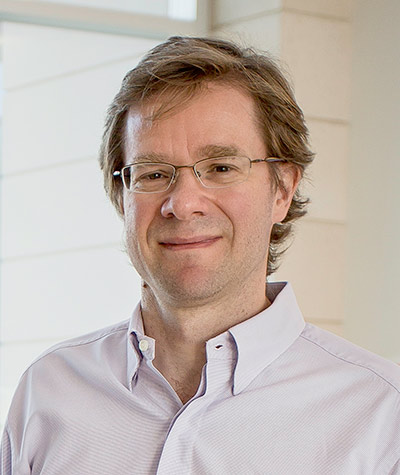 “We found through simulations that molecules that attract water — or hydroxy functional groups — are the most efficient in capturing water droplets. That’s why we used hydrophilic lubricant,” said Dr. Steven Nielsen, associate professor in the Department of Chemistry and Biochemistry at UT Dallas, and a study author.

“We infused our directional rough surfaces with hydrophilic liquid lubricant that is molecularly mobile, so it can help the collected water coalesce into larger drops,” Dai said. “Furthermore, the material is scalable. Unlike the beetle-inspired surfaces where droplet creation only occurs in specific areas, we can create small or large surfaces, all with the ability to trap and move water quickly everywhere on the surface.”

Another key component of the SRS is that it can be optimized and adjusted to fit specific applications. These fit into a broad range of industries including air conditioning, power generation, desalination and water harvesting in arid regions.

“We are hopeful that these surfaces can be scaled up or down depending upon need,” Dai said. “Next steps would include improving water harvesting capabilities at lower humidity ranges.”

The researchers have filed a patent on the technology.

Researchers from Dr. Tak-Sing Wong’s group at Penn State are collaborators in this study.

Funding was provided in part by the National Science Foundation, the Office of Naval Research and the Department of Energy.