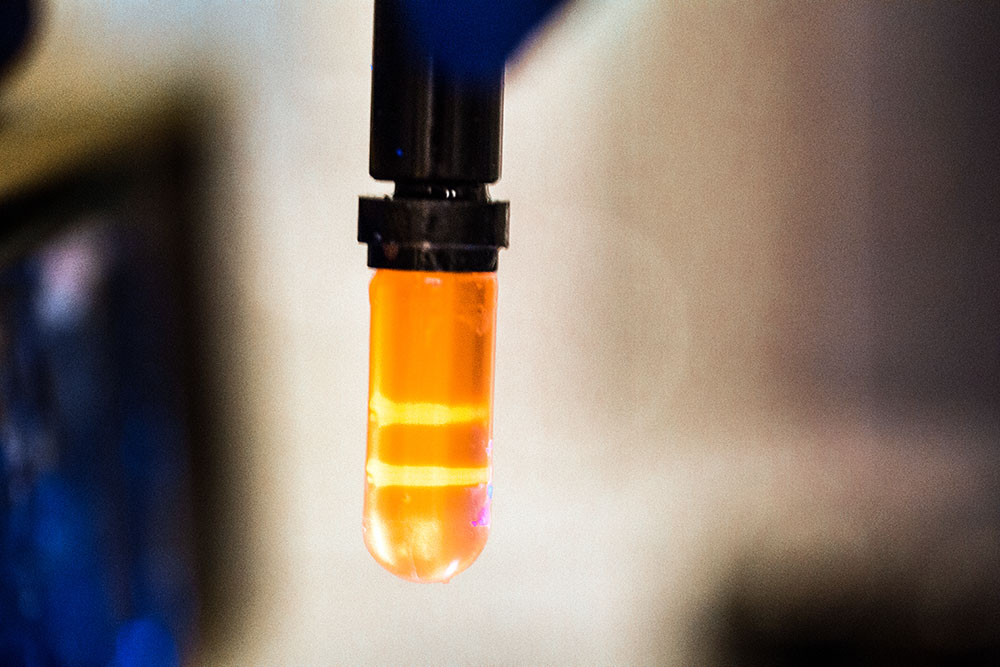 UT Dallas researchers added DNA to a dense salt solution containing cesium chloride in a small test tube, then spun the sample in an ultracentrifuge at very high speeds. Circular DNA is denser and concentrates in a band near the bottom of the tube.

With the aid of a process called density gradient centrifugation, a research team, which included scientists from The University of Texas at Dallas and Stanford University School of Medicine, recently published a study that for the first time characterizes all of the circular DNA in the worm C. elegans, as well as in three human cell types.

What Is Circular DNA?

The DNA molecules that make up the genes and chromosomes in our cells are rope-like strands, free at both ends and shaped like a twisted ladder, or helix. That DNA, called chromosomal DNA, is found in each cell’s nucleus and contains genetic instructions needed to carry out biological functions.

But another population of DNA, called extrachromosomal circular DNA, is shaped like a circle, with no loose ends, and exists independently of linear DNA. While researchers are beginning to better understand how circular DNA functions in humans, much is still unknown.

“The interesting thing is that different types of cells seem to have different repertoires of these circles, even within the same person,” said lead study author Dr. Massa Shoura, a Beckman Foundation postdoctoral research fellow at Stanford who earned two PhDs from UT Dallas. “They’re not all created equal — the circles in your skin cells might be different from those in my skin.”

In both the worm and the human cells, the researchers observed circles that were copies of coding regions on chromosomal DNA, regions that contain genes for making specific proteins. While the investigators have some clues as to how such circular DNA is created, the exact processes are not well understood.

“We think they have different functions, and different mechanisms that generate them, but much more study is needed,” said Shoura BS’08, MA’10, PhD’13, PhD’14. “One of the things we’re trying to find out is whether there are specific repertoires of circular DNA — a term we coined as the ‘circulome’ — that are specific to various pathologies, like cancer.” 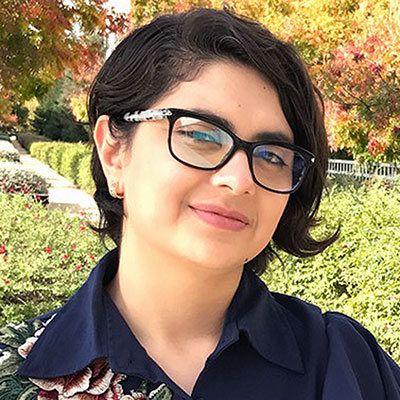 Dr. Massa Shoura credits UT Dallas for providing the tools and experience to further her research career. She earned bachelor’s and master’s degrees in biological sciences from the School of Natural Sciences and Mathematics, and completed doctorates in molecular and cell biology, and in bioengineering, both under Levene’s guidance.

“If I was a graduate student now somewhere besides UT Dallas, I might not know what cesium chloride gradients are, and I wouldn’t have used them to benefit my research,” Shoura said. “There are still not many labs that use this technique, and the ones that do haven’t optimized it to work with extremely small samples, as Dr. Levene has done.

“What I accomplished in the Levene lab was a lot of interdisciplinary work in chemistry, math, physics and computer simulation, all applied to DNA,” Shoura said. “I’m not an expert in these fields, but by being a little familiar with each one, I am better able to identify a tool or a collaborator that could help on a new problem.”

For example, Shoura and her colleagues are investigating whether there are marked differences between the circulome in healthy tissue and colon cancer tissue from the same person. If so, circular DNA offers a potential diagnostic biomarker for cancer.

“In order to establish circular DNA as a biomarker for disease, we first have to have a method for reliably and cleanly separating circular DNA out of a sample, purifying it, so that we know what we are studying is just the circles, without other genetic materials mixed in,” she said. “That’s where my UT Dallas training comes in.”

Before she joined the Stanford lab of Nobel laureate Dr. Andrew Fire in 2015, Shoura was a graduate student working at UT Dallas in the lab of Dr. Stephen Levene, Cecil H. and Ida Green Professor in Systems Biology Science. For the study published in G3, which Fire and Levene also co-authored, the team incorporated Levene and Shoura’s expertise with an old-school lab technique called density gradient centrifugation. Developed 50 years ago — and now, according to Levene, rarely used — the method separates DNA based on density.

Levene and Shoura both said that the technique runs circles around more modern analysis methods.

“I’ve been using this DNA isolation technique since I was a graduate student, and I still think it’s the best method for recovering a clean sample of circular DNA,” said Levene, a bioengineering professor who also is affiliated with the departments of biological sciences and physics at UT Dallas.

In the process, DNA is mixed with a dense salt solution containing cesium chloride in a small test tube, along with a dye that binds to both linear DNA and circular DNA. The dye binds differently to each DNA type, resulting in the linear DNA being less dense than the circular DNA. When the sample is spun in an ultracentrifuge at high speeds, around 120,000 rpm, the higher density circular DNA concentrates in a band near the bottom of the tube.

“This study clearly shows that circular DNA is part of the genome; it plays a role in normal DNA processing,” Shoura said. “The more we study it, we’re learning that the human genome is more dynamic than we thought.”