Hunting for software bugs that might be hidden in millions of lines of code can be a painstaking and expensive task. Even the best automated testing and debugging systems cannot detect and fix all possible mistakes, which can affect everything from phone apps to aircraft safety. 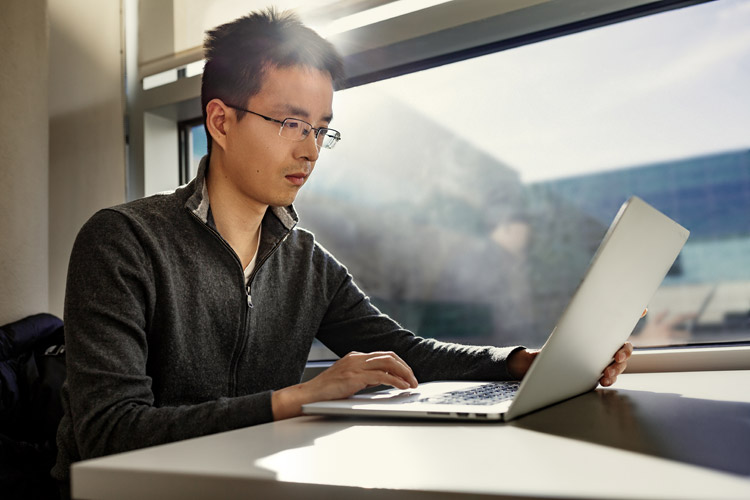 Dr. Lingming Zhang, assistant professor of computer science in the Erik Jonsson School of Engineering and Computer Science at The University of Texas at Dallas, has received a National Science Foundation (NSF) Faculty Early Career Development (CAREER) Award for his work to advance automated debugging technology.

The $520,000, five-year grant supports Zhang’s project, “Maximal and Scalable Unified Debugging for the JVM Ecosystem,” which involves developing a process for diagnosing and fixing errors in software written in Java, one of the most popular programming languages.

“Our goal is to make it easier for developers to debug software systems automatically,” Zhang said.

Flaws in software programs can have serious consequences — for example, causing a self-driving car to drive through a stop sign. Software errors cost U.S. corporations $2.8 trillion in 2018 in repair costs and in canceled or delayed projects, according to the Consortium for Information & Software Quality, an industry group.

Zhang’s project aims to unify two areas that have been the focus of previous automated software debugging research: fault localization, which works to find the precise location of the bug so the developer can manually fix it; and program repair, which aims to fix bugs automatically without human intervention. With program repair, a developer might not discover a bug’s location.

“Our goal is to make it easier for developers to debug software systems automatically.”

The techniques have limited effectiveness. Zhang said even the best program repair technique can only fix a small ratio, less than 20%, of real-world bugs. His project proposes leveraging the method to provide feedback to help identify all possible bugs, instead of only those that can be automatically fixed.

“In this way, this project not only opens a new dimension for more powerful fault localization, but also extends the application scope of program repair to all possible bugs,” Zhang said.

The UT Dallas researcher also aims to employ machine learning techniques, which allow the debugging system to learn from examples of how developers have resolved bugs in the past.

Zhang’s new NSF-sponsored project also focuses on making the debugging process more efficient and expanding the system to include a myriad of Java variants, such as Scala. Hundreds of languages based on Java Virtual Machine (JVM) are used for developing a wide range of products, including Android apps.

“Dr. Zhang has made significant contributions toward building systems that can predict, detect, localize and fix software bugs automatically,” said Dr. Gopal Gupta, professor of computer science and holder of the Erik Jonsson Chair at UT Dallas. “This CAREER award provides support to advance his research even further, with the potential to transform automated bug-detection technology.”

Zhang said he developed an interest in software testing and analysis as a student. He said he enjoys the challenge of hunting for hidden errors, and the reward of finding and fixing them.

“I became interested in software bugs because they’re so impactful,” Zhang said. “I feel joyful when I’m able to find and fix unknown bugs for software developers or in commercial products.”