Scientists’ Discovery Could Have Powerful Effect on Electronics 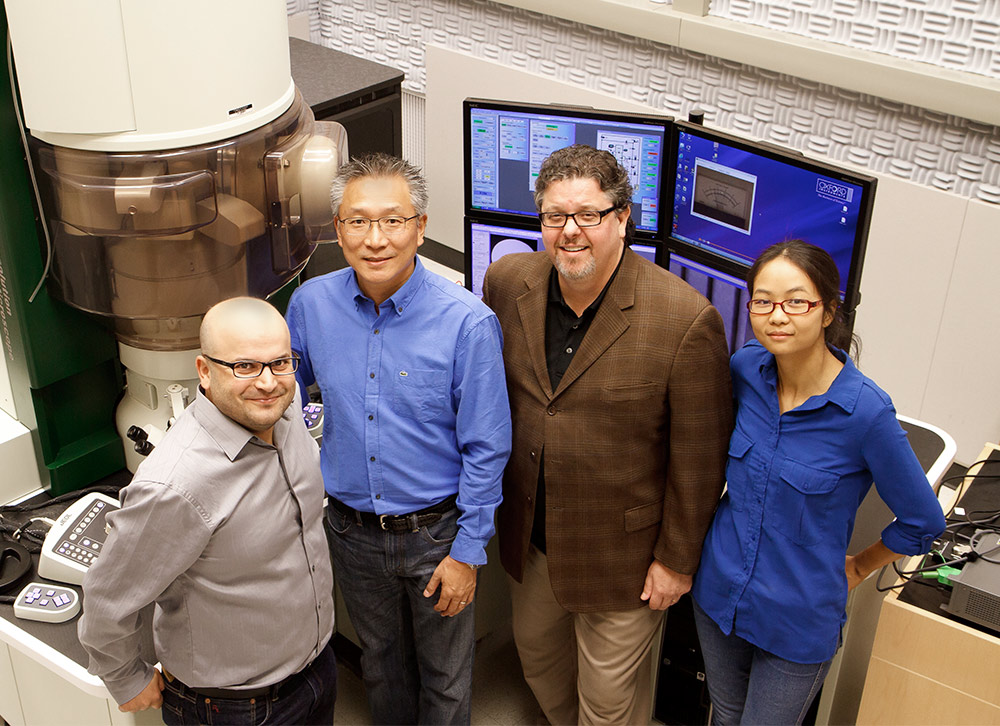 The field of quantum mechanics deals with materials at atomic dimensions, and big discoveries often happen at a very small scale. Researchers in the Erik Jonsson School of Engineering and Computer Science, in collaboration with an international team of engineers and scientists, have uncovered a phenomenon that could have major implications for the development of nano-electronic circuits and devices.

In a recent article published in Nature Communications, the researchers describe for the first time how grown and stacked, atomically thin materials can exhibit a unique transport effect, called negative differential resistance, or NDR, at room temperature.

NDR is a phenomenon in which electrons, due to their wave nature, tunnel through thin materials with varying resistance.

“It all begins with materials called transition metal dichalogenides, or TMDs, which can form an atomically thin layer that behaves like a semiconductor switch,” said co-author Dr. Robert Wallace, who is professor of materials science and engineering and holds the Erik Jonsson Distinguished Chair at UT Dallas. “TMDs are now being explored to see if they can be used to produce the ultimate in low-power, high-speed transistor technology.”

This exploration is of note to electronics engineers interested in future transistors. When grown in atomically thin layers, the surfaces of TMDs are expected to be perfect semiconductors for atomically thin transistors, ideally with no defects, allowing a superfast “turn-on” and “turn-off” behavior at very low voltages. 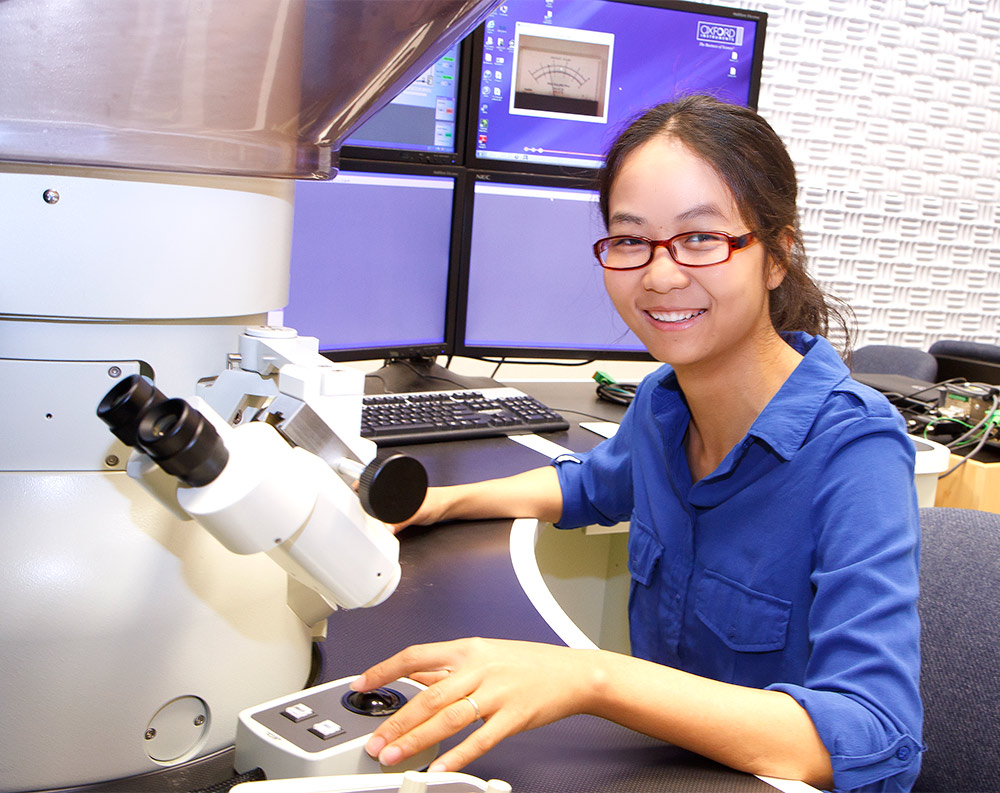 “If realized, these materials could revolutionize the electronics industry and better enable even higher-performance portable devices like smartphones and the Internet of Things. Their atomically thin layer nature gives rise to the concept of two-dimensional semiconductor materials,” Wallace said.

Dr. Moon Kim, Louis Beecherl Jr. Distinguished Professor of materials science and engineering at UT Dallas, was a co-author on the paper.

“This research is the first of its kind in demonstrating a practical way of fabricating nano-electronic devices by one atomic layer at a time rather than mechanically stacking atomically thin layers,” Kim said. “A close collaboration among researchers with complementary expertise such as device fabrication, atomic scale characterization and theory made this research possible.”

The NDR effect was first observed when a voltage was applied to structures made of one-atom-thick layers that consisted of several different TMD materials. What caught the researchers’ attention was a sharp peak and valley in electrical measurements where there would normally be a regular upward slope.

“This collaborative work represents an important achievement in the realization of useful 2-D integrated circuits. The ability to observe the resonant behavior at room temperature points toward the possibilities for scalable device fabrication methods that are more compatible with industrial interests,” Wallace said. “The challenge we now must address includes improving the grown 2-D materials further and obtaining better performance for future device applications.”

Work at UT Dallas also was supported through the Center for Low Energy Systems Technology (LEAST), one of six centers supported by the STARnet phase of the Focus Center Research Program (FCRP); a Semiconductor Research Corporation program sponsored by MARCO and DARPA; and the Southwest Academy on Nanoelectronics (SWAN) sponsored by the Nanoelectronics Research Initiative and the National Institute of Standards and Technology.