Associate Professor's Work is Helped by $448,000 Award from a Competitive National Grant 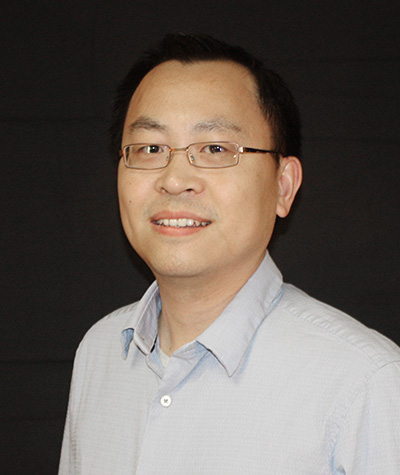 Dr. Xiaohu Guo knew the research expectations for faculty in the computer science department at UT Dallas were high, but he didn’t know his work this semester would be boosted by a $448,000 National Science Foundation CAREER (Faculty Early Career Development) award.

The highly competitive grant program funds research of junior faculty who are considered likely to become leaders in their fields. Recipients are selected based on creative early development plans that integrate research and education within the context of the mission of their respective institutions.

“We have so many young faculty members earning CAREER awards that there is an unspoken pressure,” said Guo, an expert in computer graphics, animation and modeling. “The ambitious environment is challenging in a positive way.”

Guo, an associate professor in the Erik Jonsson School of Engineering and Computer Science, is researching the theoretical foundations of a certain type of spectral transformations for 3-D models and is developing techniques to enable more efficient transmission of 3- and 4-D models via the Internet. If these models could be communicated in real time, doctors in different locations could more easily work collaboratively to diagnose and treat diseases. 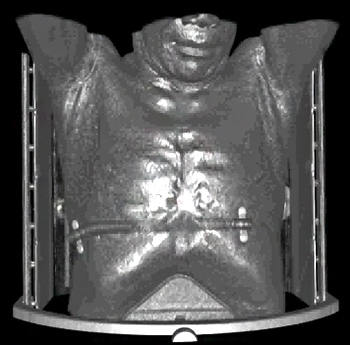 This is an example of a 3-D deformable model. Guo is developing techniques to transmit such images in real time over the Internet so that medical professionals can better work together on diagnoses.

“Dr. Guo is one of our many, highly productive young faculty members who has already made important discoveries,” said Dr. Gopal Gupta, head of the Department of Computer Science. “This award is recognition of the past discoveries of Dr. Guo as well as an expression of faith by his peers in his exceptional promise as a research leader.”

Transmitting 3- and 4-D models over the Internet in real time is difficult because of the large amount of data involved. When sending large amounts of data known as deformable models – models that change shape – networks can become jammed or the 3-/4-D images can take too long to transmit.

Guo has had success transforming large amounts of scanned data using what is known as spectral transformation techniques. Those techniques rely on manifold harmonics to first transform the model into frequencies and then compress the data into a smaller form that can be sent faster over networks.

“We have done preliminary experiments using manifold harmonics with various types of 3-D models and believe we can extend their use to general 3- and 4-D deformable models,” said Guo, an affiliate of the University’s Multi-Scale Integrated Intelligent Sensing Consortium (MINTS).

“This award is recognition of the past discoveries of Dr. Guo as well as an expression of faith by his peers in his exceptional promise as a research leader.”

Dr. Gopal Gupta, head of the Department of Computer Science

CAREER funds supporting the five-year grant were awarded this semester. The award supports development of the fundamental data compression theory of deformable 3- and 4-D models, and the development of solutions to practical problems. Guo is currently collaborating on specific applications with other Jonsson School professors and faculty, as well as medical imaging experts at UT Southwestern Medical Center.

While his research is geared toward telesurgery and telediagnosis, Guo said other applications could include clinical education and ranch monitoring because the images could automatically capture cattle physiology and sizes via 3-D laser scanners mounted on robotic helicopters. In speech training, modeling and correcting tongue positions could assist with learning proper pronunciations.