A University of Texas at Dallas scientist whose research focuses on the invisible world of quantum physics has received two prestigious grants for his work on nonequilibrium quantum systems. 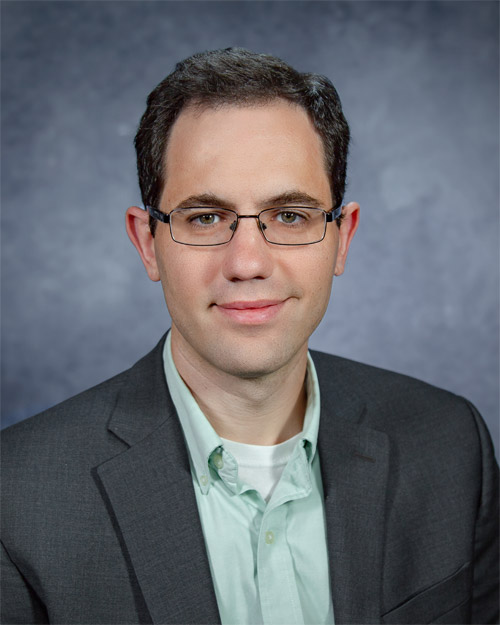 Dr. Michael Kolodrubetz, assistant professor of physics in the School of Natural Sciences and Mathematics (NSM), has received a five-year, $500,000 grant from the National Science Foundation (NSF) and a three-year, $240,000 grant from The Welch Foundation to investigate the fundamental physics of matter interacting with individual particles of light.

Quantum physics describes the physical properties and behavior of particles on the very smallest scale.

“Quantum mechanics is believed to give a correct description of the world, but we rarely see it in everyday life, because the millions of particles in our bodies interact in such complex ways,” Kolodrubetz said. “Think of this like a wave in a pool quickly fading as it interacts with all the other ripples on the surface.”

Kolodrubetz said the NSF Faculty Early Career Development (CAREER) Award was very meaningful to him because of its emphasis on both research and teaching, while the Welch award was significant for its prioritization of graduate student mentorship. 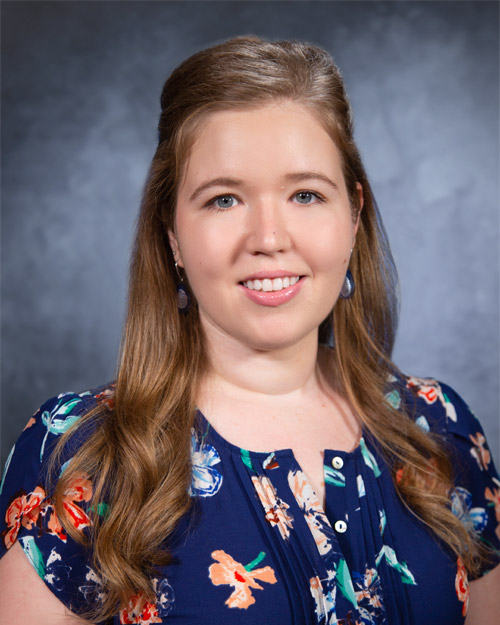 Assistant professor of biological sciences Dr. Nicole De Nisco was also awarded a Welch Foundation three-year grant for $240,000 to investigate how the microorganisms native to the urinary tract prevent infections.

De Nisco, whose bachelor’s and doctoral degrees are both from the Massachusetts Institute of Technology, arrived at UT Dallas in 2018 after serving as a Howard Hughes Medical Institute postdoctoral fellow at UT Southwestern Medical Center.

“I am thrilled and honored to receive the support of The Welch Foundation for this fundamentally important project.”

“Teaching and advising are among the main reasons I elected to stay on the academic track instead of seeking a job in industry. I am excited to be recognized by the NSF for both of these facets of academia,” he said. “The Welch grant means a lot to me because of its emphasis on furthering graduate education. I have always liked working with students, so having the opportunity to expand my group is nice.”

Dr. Matthew Goeckner, associate dean of NSM and interim head of physics, described Kolodrubetz as someone with “a lively intellect, excellent insight in broad areas of science and a strong desire to help others understand.”

“In his short time at UTD, Dr. Kolodrubetz has become an important member of the physics department,” he said. “Over his career, I fully expect him to make important and significant contributions to both UTD and science in general. That he has recently received both a Welch grant and an NSF CAREER grant is not a surprise.”

The field in which Kolodrubetz works is centered around trying to isolate quantum systems from the rest of their environment to eliminate those metaphorical ripples that obscure the interactions of interest. One of the goals of studying such isolated, nonequilibrium states is to hasten the arrival of the so-called “second quantum revolution,” in which devices such as computers that operate on quantum mechanics become widespread.

“For very cold quantum systems in thermal equilibrium, there is already a large amount of understanding based on classifying phases of matter, similar to being able to distinguish liquids and gases without knowing the motion of every single particle,” he said. “Our group’s main goal is to extend this theoretical framework to systems that are far from equilibrium.”

Kolodrubetz’s research involves cavity quantum electrodynamics (QED), a framework that allows the study of photons — individual particles of light — and their interactions with other particles within a mirror-walled cavity.

“In the short term, our goal is mostly fundamental physics: characterizing new nonequilibrium phases of matter,” he said. “However, cavity QED and related systems have had many applications in performing high-precision measurements, and by uncovering new phases of matter, we open the possibility of pushing sensors and lasers into new regimes where they may outperform current technologies.”

The research includes an educational program to design a virtual reality module that allows users to interact with simple quantum mechanical systems such as the hydrogen atom.

“The VR module will enable users to interact with the quantum mechanical world in a way that they simply cannot do in day-to-day life, illuminating some of the unexpected rules that quantum mechanics follows,” Kolodrubetz said. “I believe it will be quite valuable as an educational and outreach tool, as a first point of entry for the next generation of scientists and engineers.”

Kolodrubetz, who earned his PhD in physics from Princeton University, arrived at UT Dallas in 2018 after completing postdoctoral research at the University of California, Berkeley, Lawrence Berkeley National Laboratory, and Boston University.