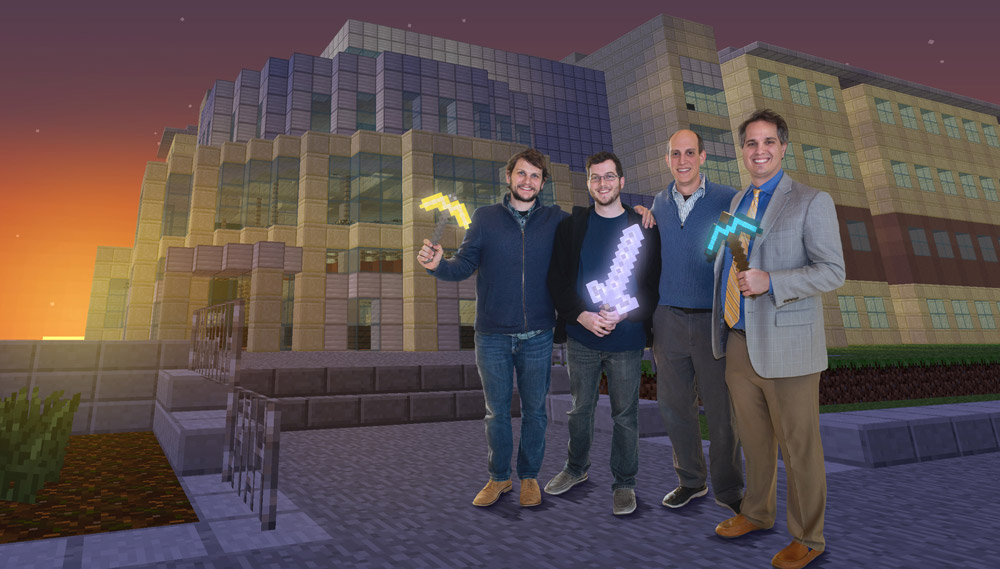 Polycraft World, a modification of the video game Minecraft, was developed by University of Texas at Dallas researchers to teach chemistry and engineering. Now the game that allows players to build virtual worlds is serving as the foundation for federal research to develop smarter artificial intelligence (AI) technology.

UT Dallas researchers received a grant from the Defense Advanced Research Projects Agency (DARPA) to use Polycraft World to simulate dynamic and unexpected events that can be used to train AI systems — computer systems that emulate human cognition — to adapt to the unpredictable. The simulated scenarios could include changing weather or unfamiliar terrain. In response to the COVID-19 pandemic, researchers have added the threat of an infectious disease outbreak.

The $1.68 million project is funded through DARPA’s Science of Artificial Intelligence and Learning for Open-world Novelty (SAIL-ON) program, which was formed in 2019 to support research on scientific principles and engineering techniques and algorithms needed to create advanced AI systems.

“The project is part of DARPA’s suite of AI programs that are trying to figure out what the next generation of AI is going to look like,” said principal investigator Dr. Eric Kildebeck BS’05, a research professor in UT Dallas’ Center for Engineering Innovation (CEI). “Our role centers around the concept of novelty. It’s all about creating artificial intelligence agents that — when they encounter things they’ve never seen before and they’ve never been trained to deal with — respond appropriately.” 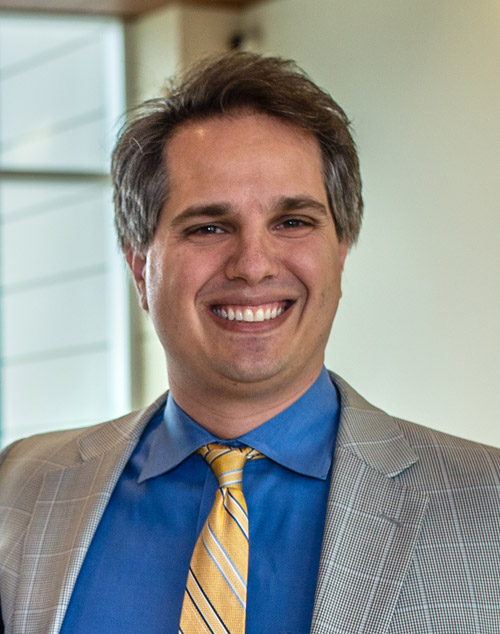 “Our role centers around the concept of novelty. It’s all about creating artificial intelligence agents that — when they encounter things they’ve never seen before and they’ve never been trained to deal with — respond appropriately.”

Current AI systems excel at performing tasks with rigid rules, such as playing chess. Self-driving cars, for example, know to stop at red stop signs because they are trained with data that includes what to do when approaching those signs. But they might not know how to respond if they approach something outside of those parameters, like a blue stop sign.

“AI now is highly specific to respond to what it has been trained on. But humans encounter things they’ve never seen before all the time,” Kildebeck said. “If a self-driving car came upon a blue stop sign, it might ignore it, or it might register the sign as something new and stop. The ability to reason and rationally adapt to things you’ve never seen before is the whole point of this program.”

Kildebeck said Polycraft World provides an ideal platform for DARPA’s project because it incorporates multiple fields of science, including polymer chemistry, biology and medicine, to enable simulation of real-world scenarios.

Dr. Walter Voit BS’05, MS’06, who led the team that developed Polycraft World, is a co-principal investigator for the DARPA project.

“DARPA seeks to advance the state of the art in how artificial intelligence operates in open worlds where prior training has been limited,” Voit said. “We are excited at UT Dallas to be able to provide a comprehensive test environment based on Polycraft World to provide novel situations for some of the nation’s most promising algorithms to see how they react.”

‘Minecraft’ Modification Gets Ready for Its Next Test

Level Up and Learn: Team Teaches Science Through Video Game

Voit, associate professor of materials science and engineering and of mechanical engineering in the Erik Jonsson School of Engineering and Computer Science, and Kildebeck met as undergraduates at UT Dallas in the inaugural cohort of Eugene McDermott Scholars. Kildebeck earned an MD/PhD in cancer biology and gene therapeutics from UT Southwestern Medical Center and is a member of the Eugene McDermott Graduate Fellows Program. His research area includes the application of genome engineering to the treatment of neurologic and autoimmune diseases. The pair collaborates with Dr. Robert (Joey) Steininger, a research scientist at the CEI and a Eugene McDermott Graduate Fellow who earned a PhD in cellular regulation and pharmacology from UT Southwestern.

The researchers are working to capture novel scenarios from the real world, including recording video that they can digitize to incorporate into the game.

In the self-driving car example, the virtual car would need to learn to stop at different variations of a stop sign to prevent accidents.

“We’re building a track that may have green stop signs, red stop signs and blue stop signs all along the pathway,” Steininger said, giving an example of a possible scenario. “Other researchers will incorporate their algorithms into a self-driving car. As the car navigates through a virtual city, if it reaches its destination without accidents, it’s a success.”