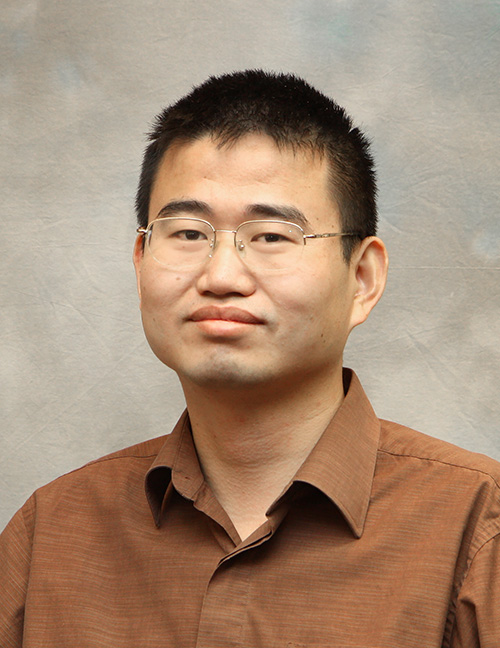 Theories developed by a UT Dallas physicist have been put to the test in the laboratory, and the results offer a new way to study — and possibly exploit — the strange realm of quantum physics.

In a study published in June in the journal Nature Communications, Dr. Chuanwei Zhang, associate professor of physics at UT Dallas, and researchers at Washington State University collaborated on a project aimed at gaining a better understanding of the physics that governs the invisible micro-world of atoms and particles.

WSU physicist Dr. Peter Engels and his colleagues cooled about 1 million atoms of the element rubidium to just 100 billionths of a degree above absolute zero, a temperature colder than the coldest reaches of outer space.

At that extreme temperature, the cluster of atoms formed a rare physical state of matter called a Bose-Einstein condensate. Once the atoms acted in unison, they could be induced to exhibit coherent “superradiant” behavior, Zhang said.

“This large group of atoms does not behave like a bunch of balls in a bucket,” Engels said. “It behaves as one big super-atom. Therefore it magnifies the effects of quantum mechanics.”

While other researchers have produced Bose-Einstein condensates, the theories Zhang developed helped inform the WSU experiment, allowing the team to reach the superradiant state in a less complex manner than other experimental approaches.

“The potential applications for these experiments include building more accurate atomic clocks for time standards, as well as super-fast quantum computing.”

The physical behavior of matter on extremely small scales, such as individual atoms, is quite different from the predictable behavior of large-scale objects encountered in everyday life, and is very difficult to study. At the atomic scale, the bizarre effects of quantum physics take over: Light behaves both as a wave and a particle, and particles can exist in two places at once, for example.

The results of the UT Dallas-WSU collaboration provide a novel, lab-based system that researchers can use to more readily test theoretical predictions related to quantum physics. Scientists are interested in this research field in part because the physics could be useful in advanced computer technology.

“The potential applications for these experiments include building more accurate atomic clocks for time standards, as well as super-fast quantum computing,” Zhang said.

Where a conventional computer uses 1s and 0s to make calculations, the fundamental units of a quantum computer could be 1s and 0s at the same time. Although they have not been built yet, large-scale quantum computers are theorized to be able to store more information and solve certain problems much faster than current computers.