NIH Funds to Spur Development of Technology for Hearing Impaired 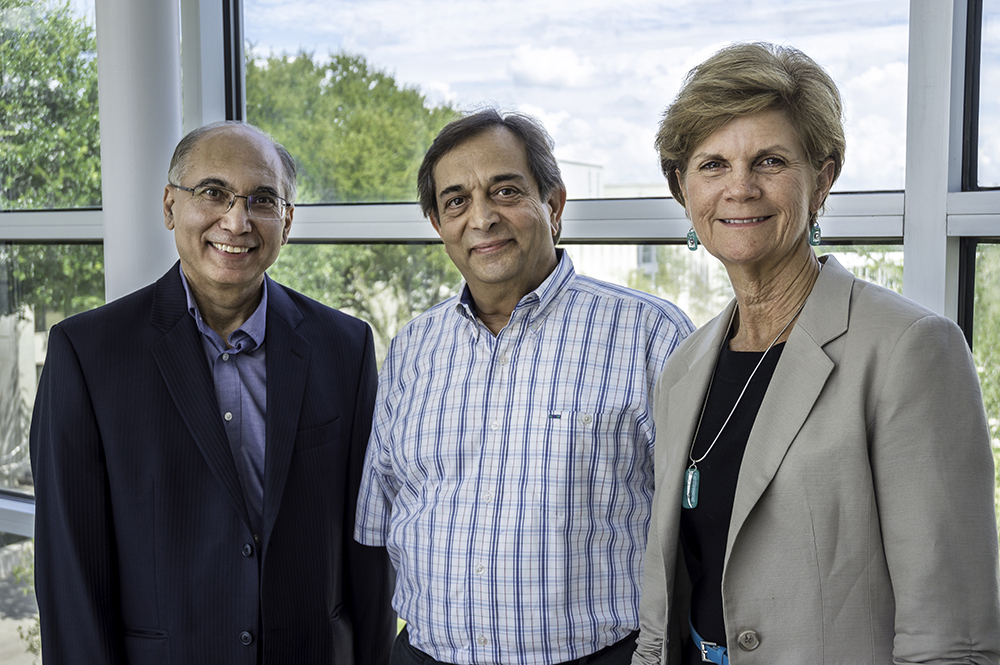 A team of UT Dallas researchers has received a grant from the National Institutes of Health (NIH) to develop an open-source platform that will enable researchers and companies to create hearing enhancing smartphone apps.

Many smartphones feature advanced microphones and also use Bluetooth and wireless technology to connect to add-on devices. The $1.86 million, five-year grant will allow the researchers to develop a programmable, smartphone-based research platform for hearing aid studies, particularly for better filtering of sounds in various noisy environments and for providing noise-dependent speech enhancement with high quality and intelligibility.

“Smartphones have a lot of power, with a lot of memory and processing abilities. We can use the phones to do a lot of the work and then just stream the enhanced sounds to the hearing aid,” said Dr. Issa Panahi, professor of electrical engineering in the Erik Jonsson School of Engineering and Computer Science, and principal investigator of the project.

The co-investigators of the project are Dr. Nasser Kehtarnavaz, Erik Jonsson Distinguished Professor and professor of electrical engineering, and Dr. Linda Thibodeau, professor in the School of Behavioral and Brain Sciences.

A previous study by the researchers, also funded by the NIH, looked closely at the feasibility of using noise reduction and speech enhancement applications on smartphones to improve performance of hearing aids. According to Kehtarnavaz, the research showed clearly that the technology can be effective. The new research will expand on the previous work and share it with other researchers.

“We are opening the door and encouraging researchers, engineers and educators everywhere to use this low-cost or, perhaps, no-cost system to explore new ideas and come up with better methods of helping hearing-impaired users,” Panahi said.

According to the World Health Organization, 350 million people worldwide have a disabling hearing loss — that’s more than 5 percent of the world’s population. People with hearing loss can benefit from hearing aids, cochlear implants and other assistive devices.

Thibodeau said extraneous noise is the biggest problem faced by those who use hearing aids. Although sophisticated programs on ear-level devices provide benefits, they are often costly and require multiple connected components.

“We expect they will be able to download a $2 app, go into a crowded restaurant, and have a much better hearing experience than they might otherwise have had,”

“In our previous research, the algorithms classified background sounds into various categories: Is it multi-talker babble? Is it machinery noise? Is it traffic noise? The classification of those noises led to special noise reduction processing and much better speech enhancement methods,” Thibodeau said.

“The NIH wants a library of typical algorithms that go into hearing aids — particularly noise classification, reduction and speech enhancement. We will provide that library as well as clinical evaluations of the technology,” Kehtarnavaz said.

In addition to expanding the noise classification and speech enhancement library of algorithms and making it available to researchers, an important part of the new research focuses on developing options for programming smartphone hearing applications. The research team has developed a “shell” that will host common programming languages such as Matlab or C. That shell, or wrapper, can then be inserted into smartphone programs with ease.

“Researchers won't have to learn all the complicated tools to create new applications. With our tools, they can just stick to what they know and then they can run whatever they've been doing on a smartphone platform,” Panahi said.

A third aspect of the research is the clinical evaluation of the work, testing algorithms and developing protocols on them. The recent expansion of UT Dallas’ Callier Center for Communication Disorders provides more opportunities for such clinical evaluation. By working collaboratively with researchers at Callier’s Communication Technology Center, investigators hope to add to overall efforts to improve communication technology.

Ultimately, the researchers hope their work will result in easy ways for those with hearing loss to augment the capabilities of their hearing aids.

“We expect they will be able to download a $2 app, go into a crowded restaurant and have a much better hearing experience than they might otherwise have had,” Kehtarnavaz said.

More information regarding the clinical testing may be viewed at the Statistical Signal Processing Laboratory website. 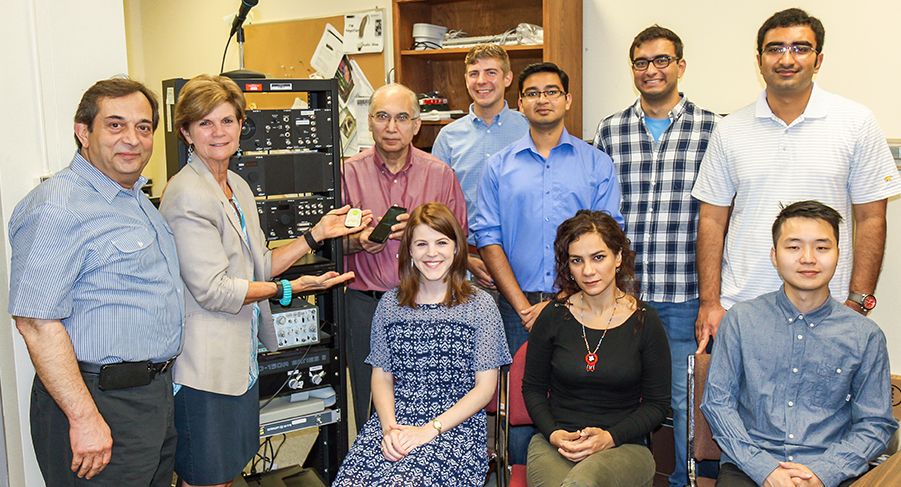