New Theory Turns Back Clock on Conditions Behind Universe’s Origin 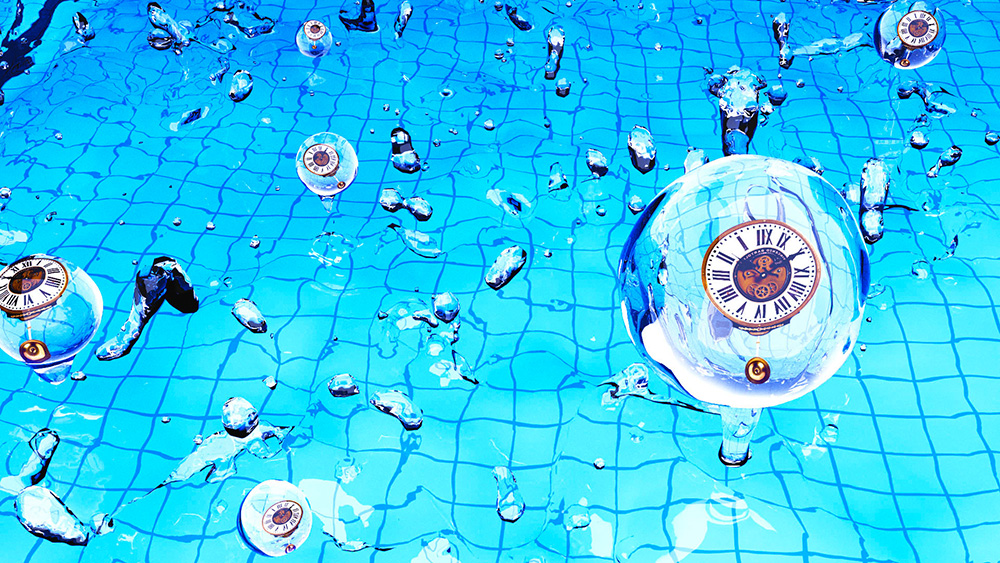 New research suggests that oscillating heavy particles generated “clocks” before the big bang. The clocks could help determine what produced the initial conditions that gave rise to the universe. (Image by Yi Wang and Xingang Chen).

In a new study, scientists from The University of Texas at Dallas and their colleagues suggest a novel way for probing the beginning of space and time, potentially revealing secrets about the conditions that gave rise to the universe.

The prevailing model of the birth of the universe is the big bang theory, which describes the rapid expansion of the universe from a highly compressed primordial state. While the big bang is a successful genesis model, it does, however, require special initial conditions.

Determining what produced those initial conditions is a major challenge in cosmology and astrophysics, said Dr. Xingang Chen, assistant professor of physics at UT Dallas and a visiting scholar at the Harvard-Smithsonian Center for Astrophysics.

“Several different scenarios have been proposed for the origin of the big bang and to explain its pre-existing, initial conditions,” Chen said.

The leading explanation among theorists is the inflation scenario, which posits that the universe went through an exponential expansion in the first fleeting fraction of a second of its existence. Another scenario suggests that a universe preceded ours and contracted in a “big crunch” before transitioning into our big bang. 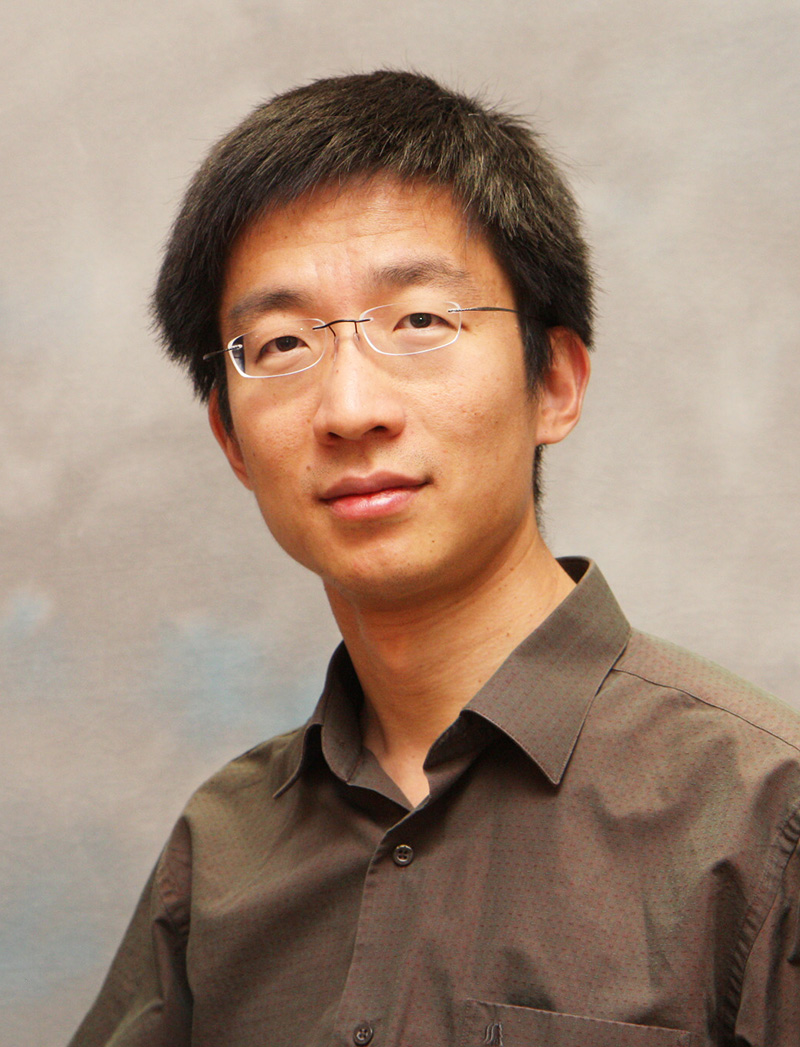 In a study appearing in an upcoming issue of the Journal of Cosmology and Astroparticle Physics, Chen and his colleagues, Dr. Mohammad Hossein Namjoo, a postdoctoral researcher at UT Dallas and the Center for Astrophysics, and Dr. Yi Wang of the Hong Kong University of Science and Technology, describe a new theory to determine which scenario is correct.

“Each scenario can have many details in its theoretical models that result in various astrophysical signals that can be observed today,” Wang said. “Most of these signals may be shared by the different scenarios, but there are some signals that are unique fingerprints of each scenario. Although these signals are very rare, the latter can be used to distinguish inflation from other scenarios.”

Astrophysical observations already have revealed information about the origins of the universe some 13.8 billion years ago, specifically about properties of initial fluctuations that took place in the early universe. For example, researchers have mapped patterns of tiny fluctuations in temperature in the otherwise smooth cosmic microwave background (CMB), which is the heat left over from the explosion of the big bang. Those tiny, “seed” irregularities became magnified as the universe expanded after the big bang, eventually forming all the large-scale structures we see in the universe today, such as stars and galaxies.

From those fluctuations scientists have learned a lot about the spatial variations of the primordial universe, but they have yet to determine the passage of time, Chen said. The phenomenon he and his colleagues discovered would allow that by putting “time stamps” on the evolutionary history of the primordial universe, shedding light on which scenario — inflation or contraction — produced the big bang’s initial conditions.

“The information we currently have is akin to showing an audience many still pictures from a movie stacked on top of each other, but they lack proper time labeling for the correct sequence,” Chen said. “As a result, we do not know for sure if the primordial universe was expanding or contracting.”

Chen and his group devised a way to put the individual snapshots in order. They realized that heavy particles would be present before the big bang in both scenarios.

“The information we currently have is akin to showing an audience many still pictures from a movie stacked on top of each other, but they lack proper time labeling for the correct sequence. As a result, we do not know for sure if the primordial universe was expanding or contracting.”

“These heavy particles have a simple but important property that can be used to resolve the competing scenarios. They oscillate just like a pendulum. They do so classically due to some kind of ‘push,’ or quantum-mechanically without having to be pushed initially,” Chen said. “We call these heavy particles ‘primordial standard clocks’.”

The researchers found that in both the inflation and contraction scenarios, the oscillating particles generated time “ticks” on the seed fluctuations that the universe was experiencing at the same time.

“With the help of these time labels, we can turn the stacks of stills into a coherent movie and directly reveal the evolutionary history of the primordial universe,” Chen said. “This should allow us to distinguish an inflationary universe from other scenarios, including one that previously contracted.”

“The clock signals we are searching for are fine oscillatory structures that would manifest in measurements of the cosmic microwave background,” Wang said. “Each primordial universe scenario predicts a unique signal pattern.”

“Our theoretical proposal makes use of the same precision data that many experiments will be gathering in the next decade or so, but analyzes the data from a different angle to dig out a new type of signal,” Namjoo said.

If the oscillations from the heavy particles are strong enough, experiments should find them in the next decade, Chen said. Supporting evidence could also come from other lines of investigation, such as maps of the large-scale structure of the universe, including galaxies and cosmic hydrogen.

The research was supported by UT Dallas, Harvard, the Hong Kong University of Science and Technology and the National Science Foundation.