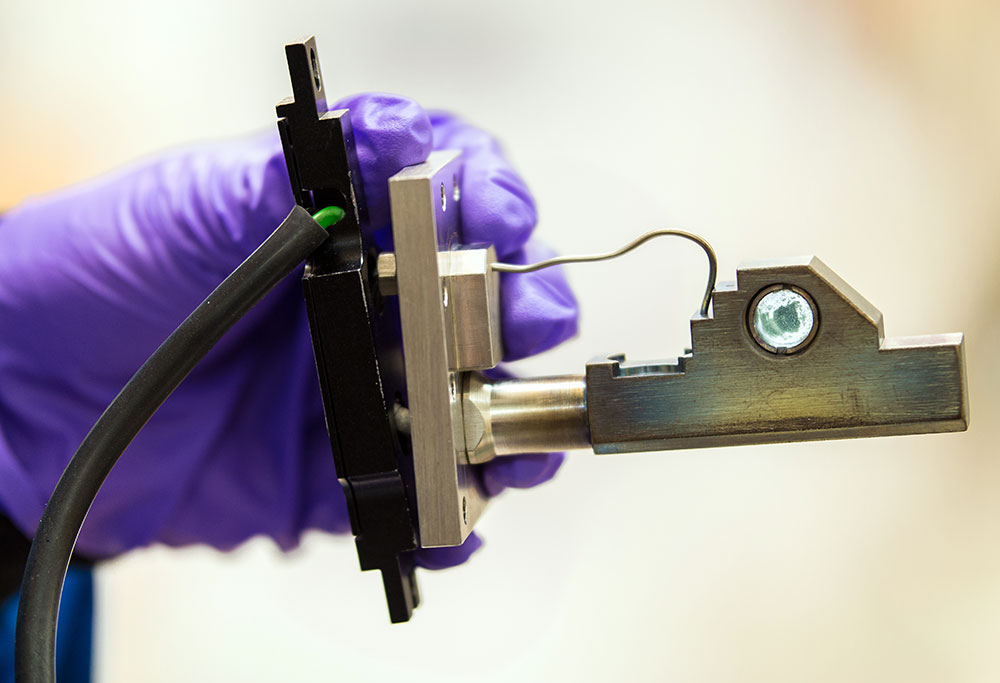 In a study that used metal-organic frameworks (MOFs) to trap radioactive molecules, UT Dallas scientists helped determine how the binding occurred and why the capacity for iodine capture was so high. This sample holder allows the iodine captured in the MOF powder to be measured.

Researchers at The University of Texas at Dallas are investigating the effectiveness of a nanoscale “sponge” that could help filter out dangerous radioactive particles from nuclear waste.

Effectively capturing these byproducts of nuclear power would dramatically increase recycling efforts and enhance the safe storage of radioactive materials, said Dr. Yves Chabal, head of the Department of Materials Science and Engineering at the Erik Jonsson School of Engineering and Computer Science.

Researchers used tiny metal-organic frameworks, or MOFs, to trap radioactive molecules. They are composed of metal ion centers and organic molecules that link together parts of the structure. This creates a microscopic scaffold, or trap, that can capture specific gases and other molecules. The current work focused on testing the adsorption capacity of specific MOFs to remove radioactive iodine more efficiently.

While porous materials have been used to capture radioactive molecules, the capacity of existing adsorbents remains insufficient. Adsorption is the process by which a thin layer of molecules clings to the surfaces of solid bodies or liquids — in this case, the internal surfaces of MOFs. 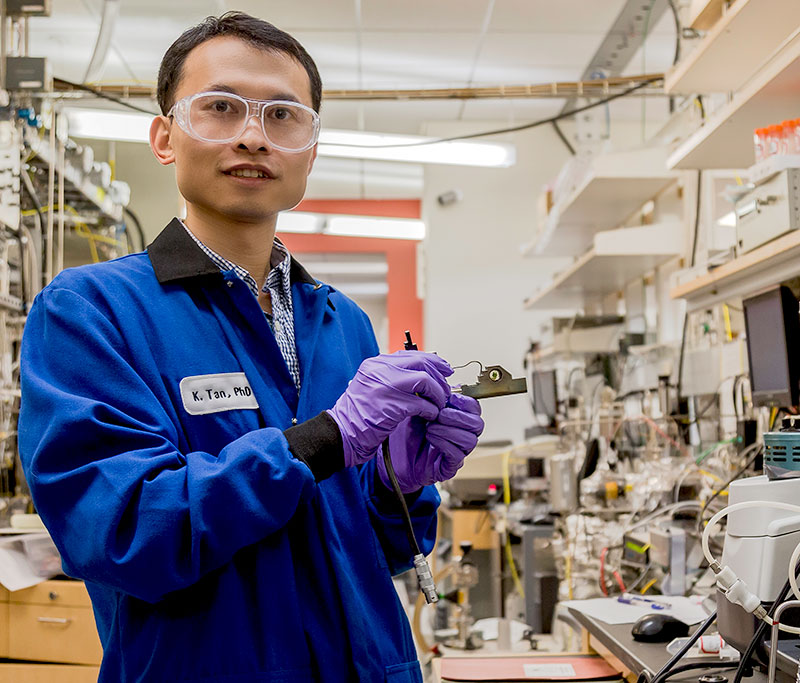 “By attaching a nitrogen-containing molecule to the MOFs, our colleagues showed they could capture these radioactive molecules very efficiently,” said Dr. Kui Tan, a UT Dallas research scientist.

“In a spent radioactive fuel rod, there are several elements that decay at different rates. Radioactive iodine is one of the primary byproducts,” said Dr. Kui Tan, a UT Dallas research scientist and one of the authors of the study recently published in the journal Nature Communications. “By attaching a nitrogen-containing molecule to the MOFs, our colleagues showed they could capture these radioactive molecules very efficiently.”

Nuclear power accounts for roughly 11 percent of the world’s electricity, and researchers are examining more efficient and less expensive methods of capturing radioactive iodine and other common byproducts from the reactors. Some MOFs imbued with silver perform well at high temperatures, but are expensive and difficult to recycle.

“Professor Jing Li and her team at Rutgers University designed and synthesized the MOF molecular traps,” Tan said. “They demonstrated that the MOFs can be functionalized by adding nitrogen-containing molecules to form strong chemical bonds with organic iodides, thereby trapping them in the pores. But they needed help to fully understand the binding mechanism. This is where our team and the team at Wake Forest came in.” 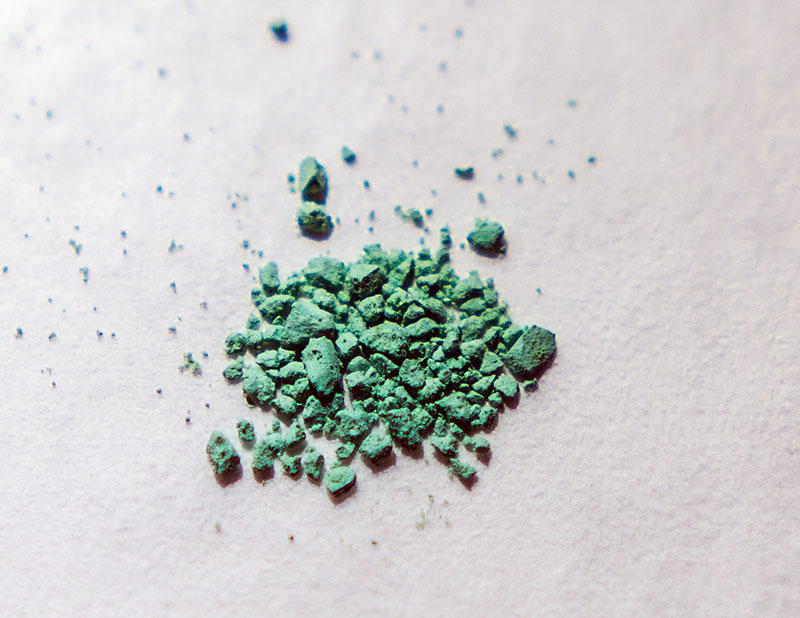 This MOF powder can be manufactured more cheaply than prior versions because it incorporates nitrogen, the most common element in the Earth's atmosphere.

Using spectroscopy to determine the interaction of molecular iodine and organic iodide within the functionalized lattice, Tan and his colleagues uncovered how the binding occurred and why the capacity for iodine capture was so high.

While the Rutgers team found that the molecular traps captured more than 340 percent more radioactive material than current industrial adsorbents, the UT Dallas and Wake Forest teams determined why and how, which greatly increases the impact of the work. With this knowledge, there is a basis to consider other materials and molecules for a wide range of applications.

“Synthesis of these MOFs is scalable, and they have the potential of being produced on an industrial scale,” Tan said. “We really understand better how these processes work, and we hope it opens up the possibility of finding new applications.”

Both Chabal and Tan noted that the collaboration between Rutgers, UT Dallas and Wake Forest University was crucial in finding this new potential method for trapping radioactive materials. Researchers from the Massachusetts Institute of Technology, King Abdullah University of Science and Technology in Saudi Arabia, and Jilin University in China also contributed to the study.

Funding for the study was provided by the U.S. Department of Energy, office of Basic Energy Sciences, Materials Sciences and Engineering Division.