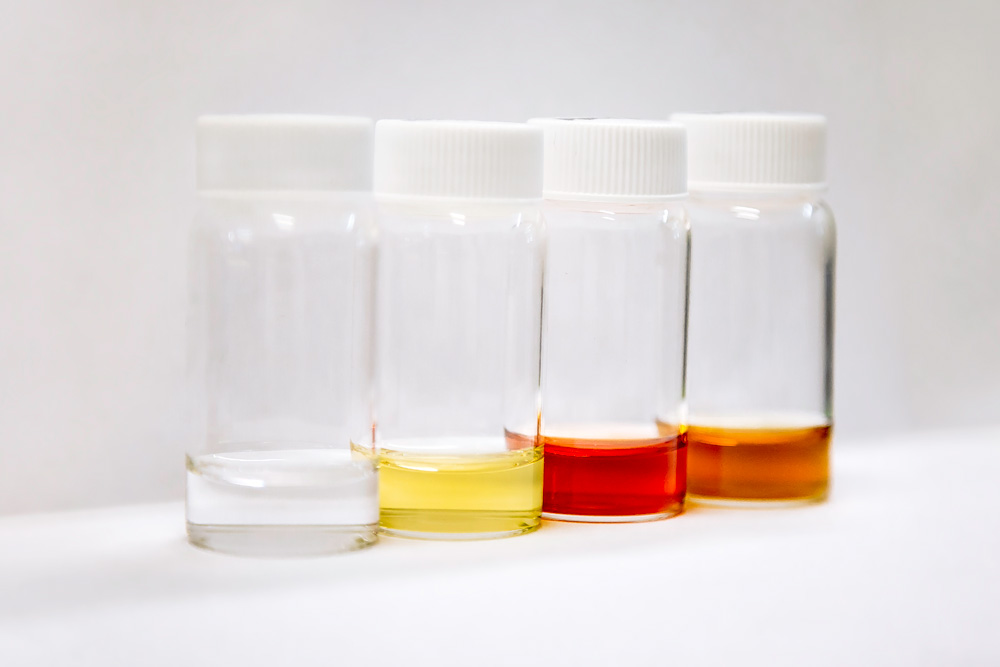 Dr. Jie Zheng, professor of chemistry and biochemistry and the Cecil H. and Ida Green Professor in Systems Biology Science at UT Dallas, and his team of researchers have been using gold particles to help develop nanomedicines for cancer, kidney disease and liver damage.

University of Texas at Dallas chemist Dr. Jie Zheng has spent much of his career investigating gold nanoparticles for their potential impact in the field of nanomedicine. In new research, he and his colleagues show how these nanoparticles could play a key role in a simple blood test to detect acute liver damage earlier than current methods.

The study, published online Feb. 19 in the journal Science Advances, expands on corresponding author Zheng’s work, which has previously demonstrated the use of nanoparticles for targeted delivery of cancer drugs and better understanding of kidney disease.

“Our goal is to make it simple for family doctors to easily catch liver injury earlier. If they can detect and treat such injury earlier, the patient has a better chance of faster recovery,” said Zheng, professor of chemistry and biochemistry and the Cecil H. and Ida Green Professor in Systems Biology Science in the School of Natural Sciences and Mathematics.

The gold standard for monitoring and diagnosing liver disease is a liver biopsy, which is invasive and can be painful or cause complications. In a clinical setting, physicians also can monitor liver function noninvasively with tests that record levels of certain enzymes and proteins in the blood, such as alanine aminotransferase (ALT) and aspartate aminotransferase (AST), which are released by liver cells, or hepatocytes, when the organ is damaged.

“Conventional blood biomarkers like ALT and AST are released when hepatocytes die — the damage has already been done,” Zheng said. “Another drawback to these tests is that other factors, such as inflammation, can cause these biomarkers to be abnormally high. Because of this, in many cases, clinicians may not intervene right away. That creates a problem because it can delay detection and treatment of liver injury.”

In the study, which was conducted in mice, Zheng and his colleagues focused on a chemical called glutathione, which is the master antioxidant produced by the liver. The constant release, or efflux, of glutathione by hepatocytes helps maintain the detoxification function of a healthy liver. When the liver is damaged, however, glutathione production is blocked.

“Glutathione depletion has been found to strongly correlate with an increased risk of many liver diseases, including drug-induced liver injury, alcohol-related and nonalcoholic fatty liver diseases, liver fibrosis and cirrhosis,” Zheng said. “People have been studying glutathione for decades, but it’s not easy to monitor noninvasively.”

Noninvasive monitoring of glutathione has proved difficult because the biomolecule is diluted nearly three orders of magnitude once it enters the bloodstream, and it is rapidly consumed by other organs and cleared quickly by the kidneys. 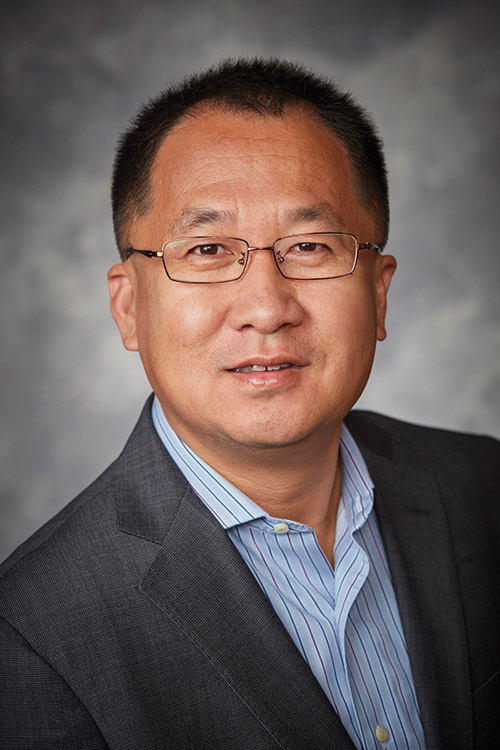 “A simple blood test shows how much ICG is left on the surface of the gold particles. The more ICG that remains, the less glutathione in the liver, which directly correlates to liver damage. Our particle was able to detect APAP overdose with 93% accuracy, which is very high. And it’s at a stage that is much earlier than traditional biomarkers can detect.”

Dr. Jie Zheng, the Cecil H. and Ida Green Professor in Systems Biology Science in the School of Natural Sciences and Mathematics

Zheng and his colleagues combined their expertise with gold nanoparticles with the behavior of glutathione to develop their nanoprobe for acute liver injury, which they then tested in mice. They began by chemically connecting — or conjugating — onto gold nanoparticles an organic fluorescent dye called indocyanine green (ICG), which has widespread clinical use.

“Because of this conjugation, the ICG molecules do not fluoresce. The gold nanoparticles carry the dye specifically to the liver. The beauty of this work is that the probe can be selectively activated in the liver at high specificity,” Zheng said.

The gold nanoparticles returned to the bloodstream fairly quickly. Within about half an hour, the researchers were able to detect glutathione depletion in a small amount of blood.

“A simple blood test shows how much ICG is left on the surface of the gold particles,” Zheng said. “The more ICG that remains, the less glutathione in the liver, which directly correlates to liver damage. Our particle was able to detect APAP overdose with 93% accuracy, which is very high. And it’s at a stage that is much earlier than traditional biomarkers can detect.”

Dr. William Lee, professor of internal medicine at UT Southwestern Medical Center, is a co-author of the study and one of the world’s leading experts on acute liver failure and acetaminophen toxicity in the liver. Lee has been site investigator for four networks sponsored by the National Institute of Diabetes and Digestive and Kidney Diseases (NIDDK): the Hepatitis C Antiviral Long-Term Treatment Against Cirrhosis (HALT-C) Trial, the Acute Liver Failure Study Group, the Drug-Induced Liver Injury Network and the Hepatitis B Research Network.

“Glutathione flux is at the heart of acetaminophen metabolism, and Dr. Zheng’s new method of tracking glutathione is a big step forward in our ability to understand and prevent acetaminophen toxicity,” Lee said.

Dr. Neil Kaplowitz, professor of medicine and chief of the gastroenterology and liver diseases at the Keck School of Medicine of the University of Southern California, who was not involved in the study, said: “The study authors developed a novel approach to dynamic assessment of the status of glutathione in the liver sinusoids. Their technological advance shows that they can image sinusoidal blood glutathione or measure this indicator of sinusoidal plasma glutathione specifically in collected peripheral blood, which accurately reflects the amount of glutathione in liver cells.”

While the current study was focused on drug-induced, acute liver injury, Zheng said future work will further deepen fundamental understanding of liver-nanoparticle interactions, continue improving the test’s sensitivity and accuracy, and extend the technology to help detect chronic liver injury as well. He said the research is an exciting extension of his previous efforts to develop nanomedicines that are easily cleared from the body.

“Glutathione flux is at the heart of acetaminophen metabolism, and Dr. Zheng’s new method of tracking glutathione is a big step forward in our ability to understand and prevent acetaminophen toxicity.”

“I spent much of my career developing clearable nanomedicines for treating conditions like cancer or kidney disease, and this new research is a big breakthrough,” Zheng said. “We think our new work could lead to a clearable nanomedicine that can help detect liver injury much earlier with a simple blood test, and that could help a lot of people.”

The research was funded by the National Institutes of Health’s NIDDK (R01DK103363 and R01DK115986), the Cancer Prevention and Research Institute of Texas, and The Welch Foundation. A patent application has been filed on the technology.

The multiyear project was initiated by Xingya Jiang PhD’19, who is now a postdoctoral research fellow at Harvard Medical School/Brigham and Women’s Hospital, and was continued by Qinhan Zhou, a PhD candidate in chemistry at UT Dallas. Other authors include Bujie Du PhD’19, a postdoctoral associate at the Massachusetts Institute of Technology; chemistry doctoral students Siqing Li and Yingyu Huang; Dr. Mengxiao Yu, research associate professor of chemistry; and Dr. Zhikai Chi, assistant professor of pathology at UT Southwestern.