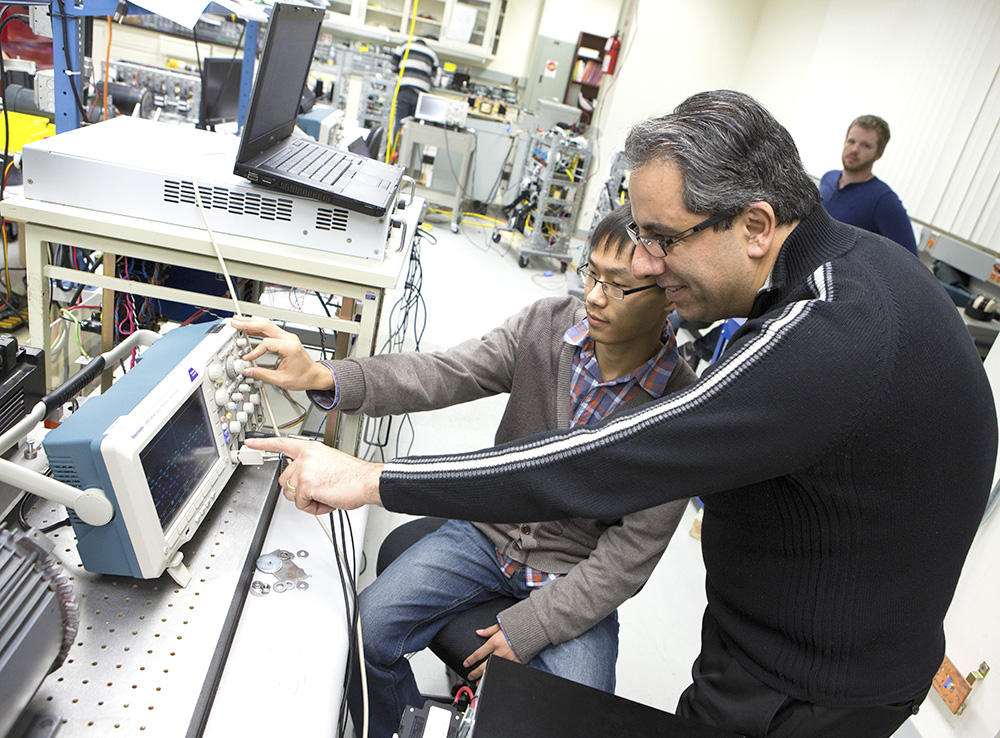 Research conducted by Dr. Wei Wang (left) and Dr. Babak Fahimi, director of the Renewable Energy and Vehicular Technology Laboratory (REVT), was demonstrated at the recent Department of Energy conference.

A team from the Renewable Energy and Vehicular Technology Laboratory (REVT) at UT Dallas was one of a few research groups selected for advanced participation in a Department of Energy conference aimed at presenting the next generation of energy technologies.

Dr. Babak Fahimi, professor of electrical engineering in the Erik Jonsson School of Engineering and Computer Science and director of REVT, has received $2.8 million through an ARPA-E program aimed at reducing rare earth metals, which are used in motors of electric vehicles. The metals are expensive, difficult to find and are usually imported into the United States from countries such as China. In addition, the mining process for these metals releases significant amounts of pollution into the atmosphere.

While hundreds of award recipients were invited to exhibit their research, Fahimi’s team was one of five selected to demonstrate their work to lawmakers and participate in a round-table discussion on climate change. 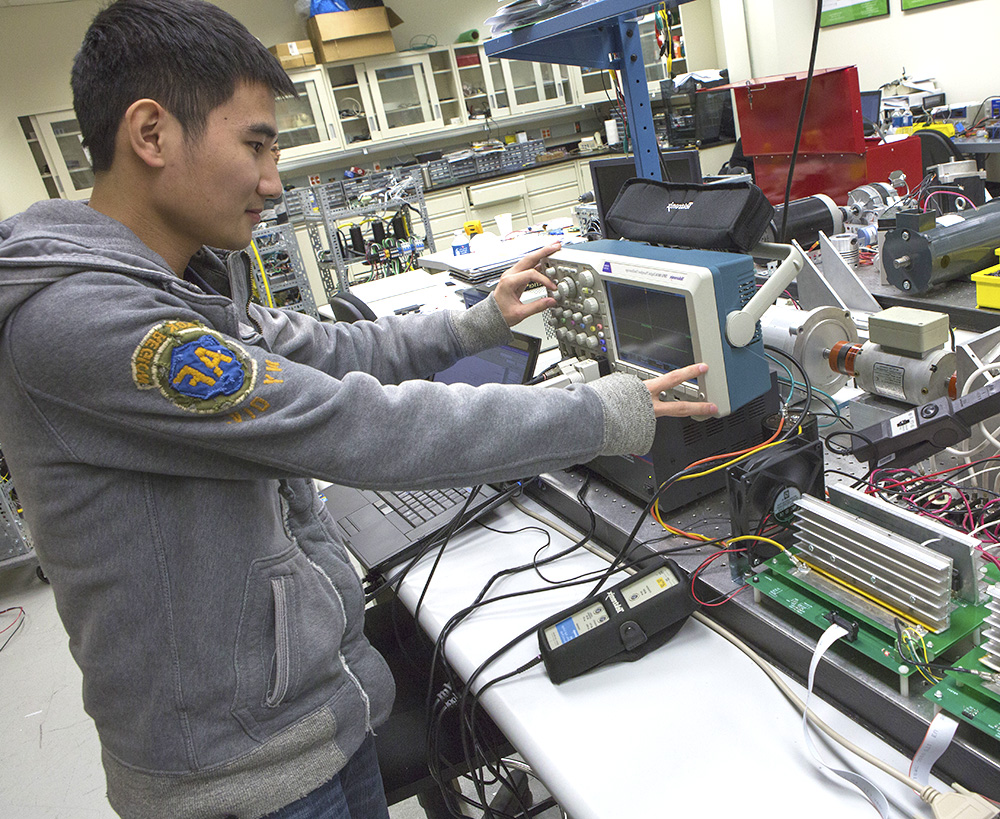 Dr. Chenjie Lin, a postdoctoral researcher, was among those who demonstrated the double-stator switched reluctance machine at the ARPA-E Energy Innovation Summit.

REVT members demonstrated electric motors or generators that eliminate rare earth metals. Typical motors are powered through the electromagnetic interaction between a rotor, which contains rare earth metals and rotates, and another part known as a stator, which is stationary but houses electromagnetic sources. The REVT solution, called a double-stator switched reluctance machine (DSSRM), has two stators, one on either side of the rotor, that cause an electromagnetic reaction that produces power. This approach produces significantly greater power and torque at a given size and weight than traditional motor technologies without the use of permanent magnets.

“The transformative nature of our motor technology stems from a novel magnetic configuration, which significantly reduces the radial forces while increasing the motional forces by a factor of three,” Fahimi said. “This technology also benefits from high levels of fault tolerance, low-cost manufacturing and low acoustic noise. I strongly believe this technology is highly appealing to automotive, oil and gas, and renewable energy industries.”

Besides delivering more power and torque than competing technologies, this machine could be manufactured entirely in the United States, which would eliminate the pollution from mining rare earth metals, while also significantly reducing the amount of air pollution released through electric vehicle emissions. Other applications of this technology are airplanes, fans, pumps, wind generators and robots.

The research, first funded in 2012, has one patent pending. At the conference earlier this year, REVT members demonstrated the technology to potential commercial licensees.

“Having the opportunity to present at the ARPA-E Energy Innovation Summit was a huge opportunity to further our work,” Poorman said. “Being one of the few projects selected for the round-table discussion and congressional reception is both an honor and an acknowledgement of the excellent work being done in the REVT lab.”