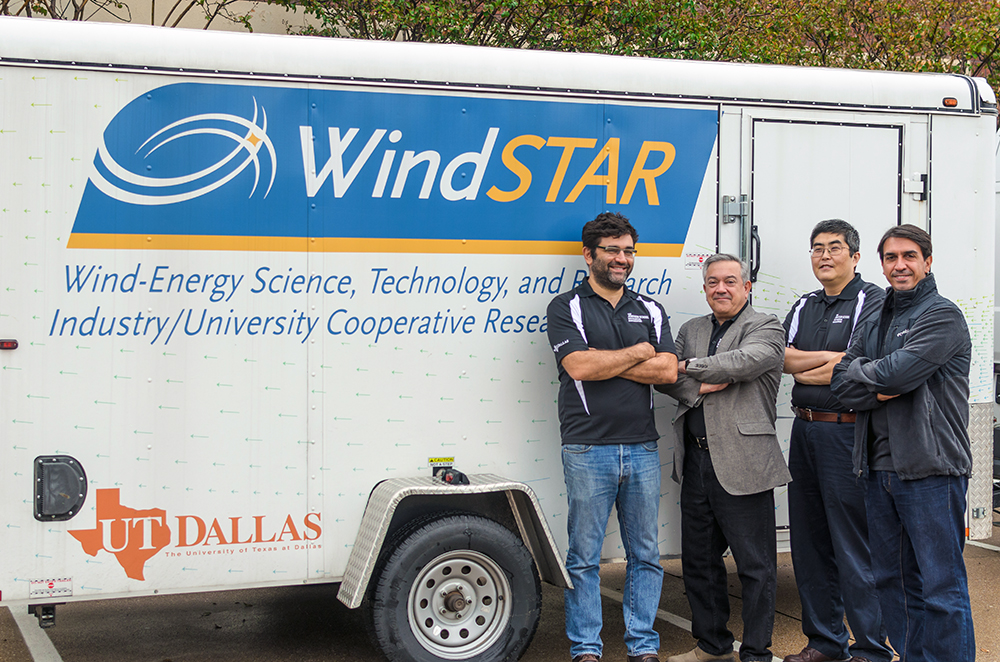 For three consecutive years, the Department of Mechanical Engineering at UT Dallas has received funding from the National Science Foundation to support a center that, in partnership with industry, conducts research to increase the amount of energy the nation gets from wind.

Since 2014, the NSF has given UT Dallas and the University of Massachusetts, Lowell $532,732 to support the operations of the industry/university cooperative research center known as WindSTAR, the center for Wind-Energy Science, Technology and Research.

Each university has attracted corporate partners to ensure that the research and education programs are relevant to industrial needs.

“The potential for land-based and offshore wind energy is tremendous,” said Dr. Mario Rotea, head of the Department of Mechanical Engineering and director of the UT Dallas WindSTAR team. “But realizing this potential requires a coherent industry-relevant research and development program that involves industry, academia and government.”

“The potential for land-based and offshore wind energy is tremendous. But realizing this potential requires a coherent industry-relevant research and development program that involves industry, academia and government.”

Dr. Mario Rotea, head of the Department of Mechanical Engineering and director of the UT Dallas WindSTAR team.

In its first two years, the center has raised $693,750 from industry partners to execute research projects that will advance utility-scale wind energy in the nation.

Renewable energy technologies, such as wind energy, could supply an estimated 80 percent of total U.S. electricity generation by 2050, according to a study by the National Renewable Energy Laboratory.

According to the American Wind Energy Association, Texas ranks first in the country for both installed capacity and under construction wind capacity, while supporting more than 24,000 wind-related jobs.

The UT Dallas team in the Erik Jonsson School of Engineering and Computer Science — consisting of Rotea, Drs. Stefano Leonardi, Yaoyu Li and Valerio Iungo — is focused on developing technologies to increase energy capture in wind turbines and wind farms and improving the reliability of wind turbines.

The number of utility-scale operating turbines in the U.S. is close to 50,000. When turbines age, they no longer operate at optimal efficiency, Rotea said. The WindSTAR team has developed a software solution — the extremum-seeking control algorithm — that allows these turbines to continuously operate at their optimal efficiency as they age.

“Of course, efficiency may decrease with time, but the extremum-seeking controller finds and tracks the best possible efficiency at any point in the life of a turbine,” said Rotea, holder of the Erik Jonsson Chair.

This technology innovation has made the 2016 Compendium of Industry-Nominated Technology Breakthroughs of NSF Industry-University Cooperative Research Centers. According to industry members, this technology could likely result in $470 million to $780 million increases in annual revenue for the U.S. wind power industry, even with the current installed capacity.

“Technology in the wind industry continues to develop at a rapid pace, and WindSTAR is contributing to that development,” Johnson said. “Wind is not different from other industries in that we are faced with problems to fix and opportunities to exploit. Our student and research partners at WindSTAR are engaged on both fronts, and projects like this have the potential to lower the cost of wind energy.” 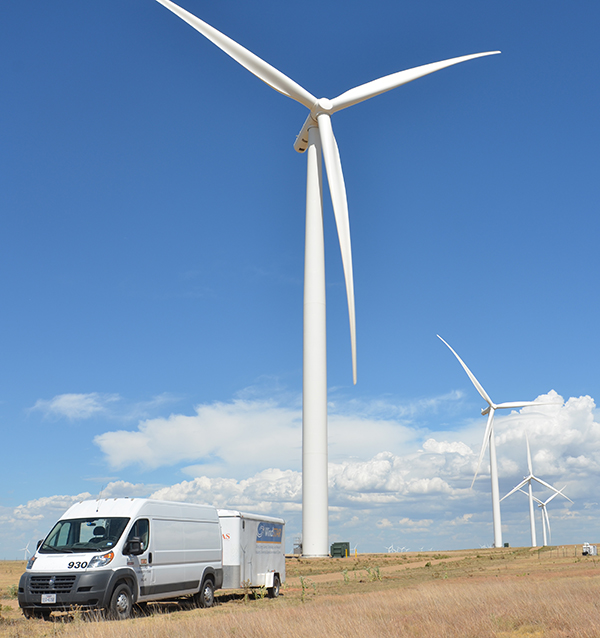 WindSTAR, in partnership with industry, conducts research to increase the amount of energy the nation gets from wind.

At the wind farm level, the WindSTAR team is using computational models and field experiments to diagnose power losses in wind farms. The results are used to develop control algorithms that coordinate the operation of multiple turbines so that they extract maximum energy from the wind with minimal losses.

“To put it simply, if the first row of turbines gets all the energy from the wind, then there is not much energy left for the back rows,” Rotea said. “We will coordinate how each row works together to maximize the energy that can be extracted from the wind farm.”

These issues are not new, but the potential for significant revenue gains is, he said. Just a 1 percent increase in annual energy will likely result in $30 million to $50 million in additional revenue from Texas wind power at the current capacity levels.

“This industry/university cooperative research center is a certificate that the research we pursue at UT Dallas helps industry while meeting the highest standards of use-inspired research,” Rotea said. “The end result will be new technologies for wind power diagnostics, new control systems for improved reliability and energy capture, and graduates who are ready to take the lead in the field. In the coming years, we will add research thrusts in grid integration and storage.”