Issues in Science and Technology Looks at Whether College Pays Off 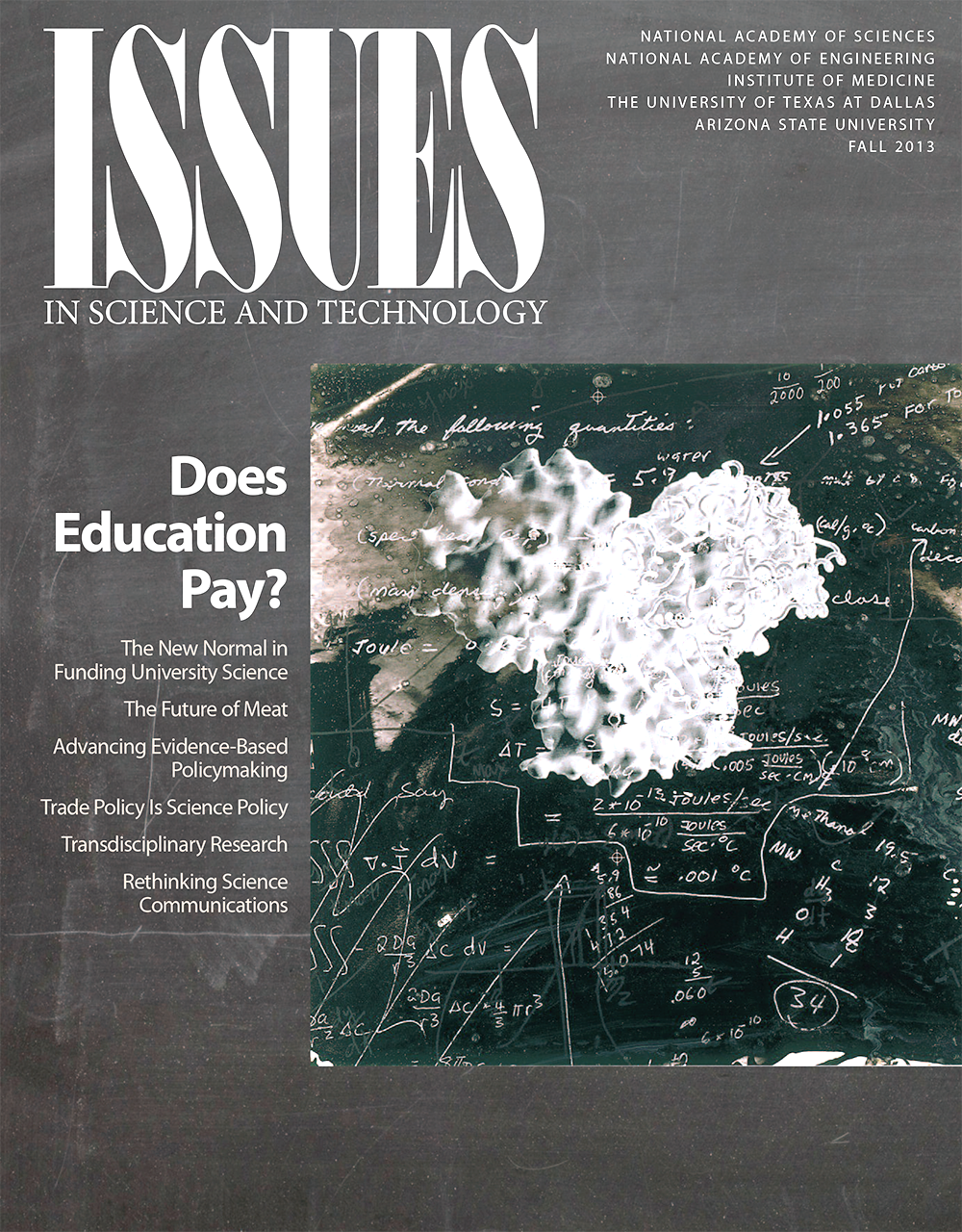 A wage study analysis that sought to determine whether higher education pays off in the job market reveals some surprising answers in the fall edition of Issues in Science and Technology.

“It depends on what, where and how long one studies,” said Mark Schneider, president of College Measures and a vice president at the American Institutes for Research. “But the outcomes do not align with conventional wisdom.”

Schneider’s purpose in collecting and publishing this information is to enable young people to make better-informed decisions about what they want to study. First-year salary should not be the only criterion for choosing where and what to study; but, with total student loan debt reaching $1 trillion, Schneider argues that it is information that students and families should have.

Also in the fall edition, Carolyn Mattick and Dr. Brad Allenby of Arizona State University explore the implications of the technology that just produced the first laboratory-grown hamburger. The coming reality of factory-produced meat could transform the food system, the environment and even our culture.

In another article, MIT’s Dr. Sebastian Pfotenhauer reveals how the current round of trade negotiations between the United States and Europe hinge on scientific and technological concerns over health, safety and the environment.

This edition of Issues also welcomes Arizona State University as a new co-publisher.