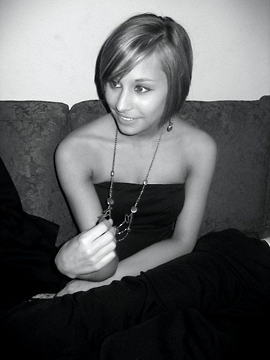 Profile photos of Americans are more likely to focus on the individual’s face, researchers  found.

For millions of Facebook users, choosing which photo to use for an online profile is an important decision. Should it be lighthearted or professional, personal or more abstract? According to a study by researchers at the UT Dallas Center for Vital Longevity and the University of Illinois Urbana-Champaign, the photos we select may reflect individual preferences, but they also appear to reflect more deeply rooted, unconscious cultural differences.

Previous research has shown that culture can affect not only language and custom, but also how we experience the world and process information. Western cultures, for example, condition people to think of themselves as highly independent entities, whereas East Asian cultures stress collectivism and interdependence. As such, Westerners tend to focus on central objects or faces more than on their surroundings when looking at a scene or painting portrait. East Asians, on the other hand, tend to focus on context as well as objects such as the scenery behind a person.

Dr. Denise Park, co-director of the Center for Vital Longevity and Distinguished University Chair in the School of Behavioral and Brain Sciences at UT Dallas, and former graduate student Dr. Chih-Mao Huang of the University of Illinois, were curious about whether these patterns of cultural influence extend to cyberspace. In a paper published in the International Journal of Psychology, they examined the profile photographs of more than 500 active Facebook users from the United States and East Asia (Hong Kong, Singapore, and Taiwan). Overall, they found that profile photos of Americans are more likely to focus on the individual’s face, while the profiles of East Asians tend to de-emphasize the face and capture more background features. Americans also show greater smile intensity compared to East Asian Facebookers. 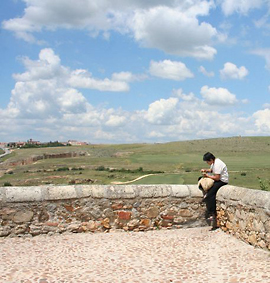 The findings demonstrate marked cultural differences in the focus of attention among East Asian and American Facebook users. Moreover, they echo previous research on cultural influences on visual perception, attention, and reasoning in the offline world.

“We believe these findings relate to a cultural bias to be more individualistic and independent in the U.S. and more communal and interdependent in Asia,” said Park.

The research also found that cultural influences over our self-presentation online can shift over time and from place to place. In one of the study samples, Americans studying in Taiwan and Taiwanese studying in the United States both showed a tendency to adjust their profile photos to the general preferences of their host country.

“Facebook constitutes an extended social context in which personal profiles mirror various individual characteristics, private thoughts, and social behaviors,” noted Huang. “As such, the study presents a novel approach to investigate cognition and behaviors across cultures by using Facebook as a data collection platform.”