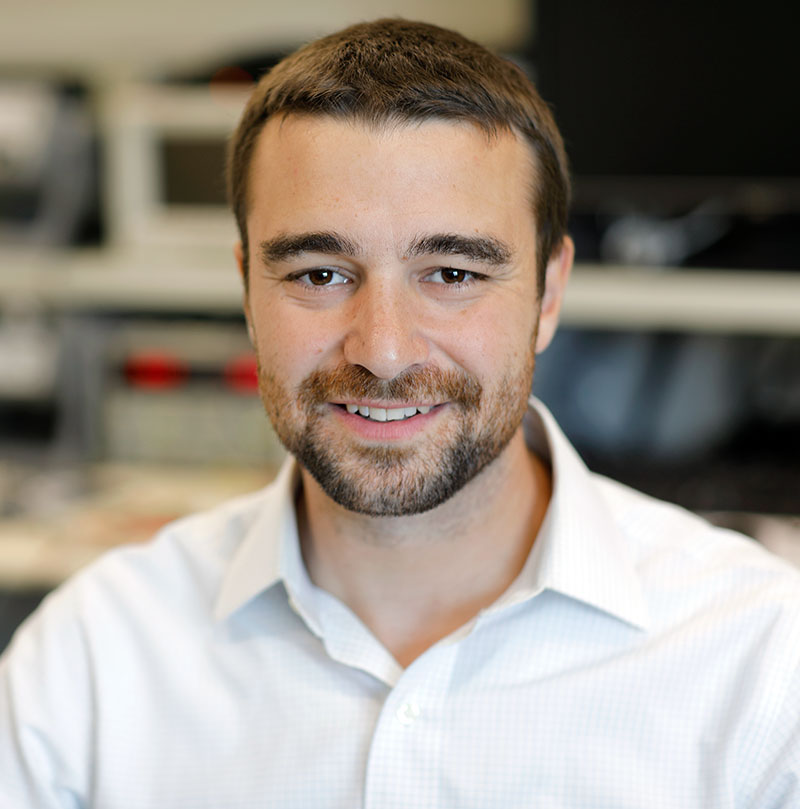 A researcher with the Erik Jonsson School of Engineering and Computer Science at UT Dallas has designed a novel computing system made solely from carbon that might one day replace the silicon transistors that power today’s electronic devices.

“The concept brings together an assortment of existing nanoscale technologies and combines them in a new way,” said Dr. Joseph S. Friedman, assistant professor of electrical and computer engineering at UT Dallas who conducted much of the research while he was a doctoral student at Northwestern University.

The resulting all-carbon spin logic proposal, published by lead author Friedman and several collaborators in the June 5 edition of the online journal Nature Communications, is a computing system that Friedman believes could be made smaller than silicon transistors, with increased performance.

Today’s electronic devices are powered by transistors, which are tiny silicon structures that rely on negatively charged electrons moving through the silicon, forming an electric current. Transistors behave like switches, turning current on and off.

In addition to carrying a charge, electrons have another property called spin, which relates to their magnetic properties. In recent years, engineers have been investigating ways to exploit the spin characteristics of electrons to create a new class of transistors and devices called “spintronics.”

Friedman’s all-carbon, spintronic switch functions as a logic gate that relies on a basic tenet of electromagnetics: As an electric current moves through a wire, it creates a magnetic field that wraps around the wire. In addition, a magnetic field near a two-dimensional ribbon of carbon — called a graphene nanoribbon — affects the current flowing through the ribbon. In traditional, silicon-based computers, transistors cannot exploit this phenomenon. Instead, they are connected to one another by wires. The output from one transistor is connected by a wire to the input for the next transistor, and so on in a cascading fashion.

“The concept brings together an assortment of existing nanoscale technologies and combines them in a new way.”

In Friedman’s spintronic circuit design, electrons moving through carbon nanotubes — essentially tiny wires composed of carbon — create a magnetic field that affects the flow of current in a nearby graphene nanoribbon, providing cascaded logic gates that are not physically connected.

Because the communication between each of the graphene nanoribbons takes place via an electromagnetic wave, instead of the physical movement of electrons, Friedman expects that communication will be much faster, with the potential for terahertz clock speeds. In addition, these carbon materials can be made smaller than silicon-based transistors, which are nearing their size limit due to silicon’s limited material properties.

“This was a great interdisciplinary collaborative team effort,” Friedman said, “combining my circuit proposal with physics analysis by Jean-Pierre Leburton and Anuj Girdhar at the University of Illinois at Urbana-Champaign; technology guidance from Ryan Gelfand at the University of Central Florida; and systems insight from Alan Sahakian, Allen Taflove, Bruce Wessels, Hooman Mohseni and Gokhan Memik at Northwestern.”

While the concept is still on the drawing board, Friedman said work toward a prototype of the all-carbon, cascaded spintronic computing system will continue in the interdisciplinary NanoSpinCompute research laboratory, which he directs at UT Dallas.

The research was supported by Girdhar’s Beckman Graduate Fellowship.