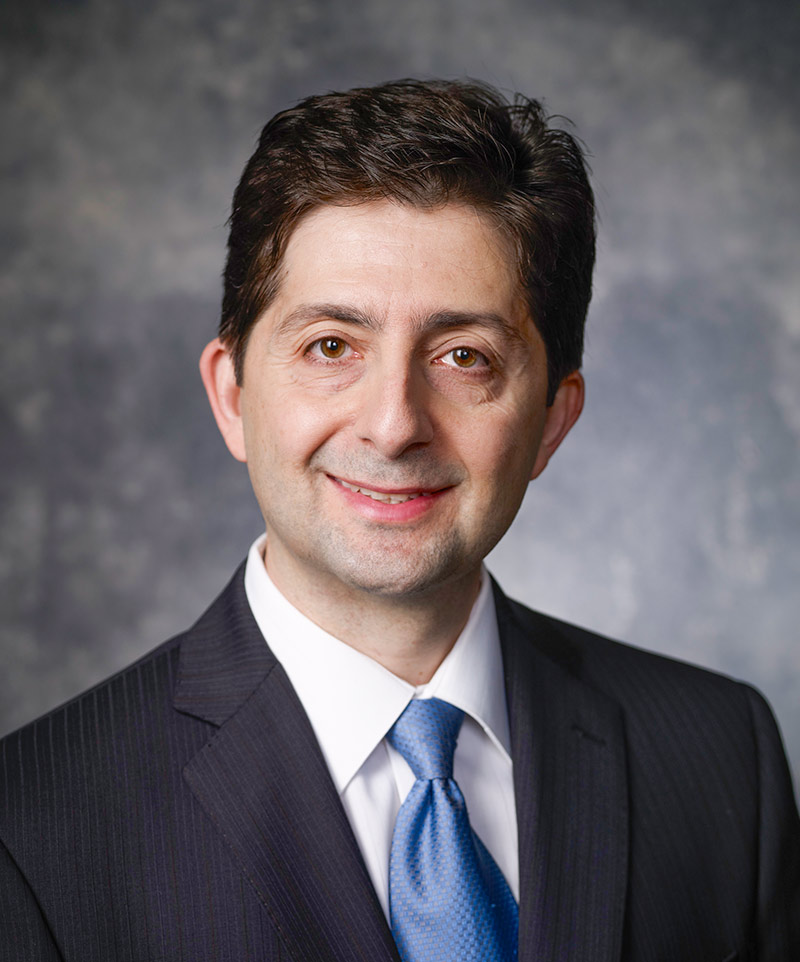 To support this research, the National Science Foundation has awarded three grants totaling more than $2 million this fall.

“With the increased number of wireless devices, including future expectations for the Internet of Things, wireless space will become increasingly crowded. Addressing interference is crucial to the future of wireless Internet,” said Nosratinia, who is the associate head of the electrical engineering department in the Erik Jonsson School of Engineering and Computer Science.

The first of the three grants, a $608,000 award, will support a cross-disciplinary project with researchers from the University of Hawaii.

“We aim to develop methods that break the wireless messages into microstreams, or smaller pieces, enabling them to be transmitted through — rather than against — other signals in the environment. We use this method together with liquid-metal antennas, which allows us to change radiation patterns effectively and reduce interference,” said Nosratinia, who holds the Erik Jonsson Distinguished Professorship.

In Nosratinia’s Multimedia Communications Lab, his team is also working on other ways to address wireless interference. In September, Nosratinia received a $421,000 grant to expand on a previous discovery made at UT Dallas regarding the behavior of wireless channels.

“We discovered a new dimension in the communication over multi-user wireless channels,” he said. “This new discovery provides a new set of tools to address the challenges of transmission in a wireless medium, and therefore improves the quality of wireless communication.”

The UT Dallas discovery showed for the first time that natural variations in a technical parameter of wireless links, known as coherence interval, can be leveraged to separate the signals transmitted to different users, and therefore increase the capacity of the wireless network.

“With the increased number of wireless devices, including future expectations for the Internet of Things, wireless space will become increasingly crowded. Addressing interference is crucial to the future of wireless Internet.”

Dr. Aria Nosratinia,
associate head of the electrical engineering department in the Erik Jonsson School of Engineering and Computer Science

“Our lab is working on inventing smart techniques and proving salient results that would change the world’s understanding of the impact of interference, and concurrently achieve record-breaking data rates in wireless networks,” Hindy said. “Dr. Nosratinia is inspiring to students — he is investing in future researchers like myself and passing on his knowledge and experience to help us push the boundaries of wireless communication.”

“These risks have increased as the different stages of design and manufacturing are now done by different firms that are scattered across various countries and continents,” Nosratinia said.

In addition to the three grants, Nosratinia also is working on a fourth NSF project, which is in its final year. It’s dedicated to finding efficient coding methods for the wireless channel especially in the presence of interference.

Nosratinia received his PhD in electrical and computer engineering from the University of Illinois at Urbana-Champaign in 1996. He is a fellow of IEEE for contributions to multimedia and wireless communications.