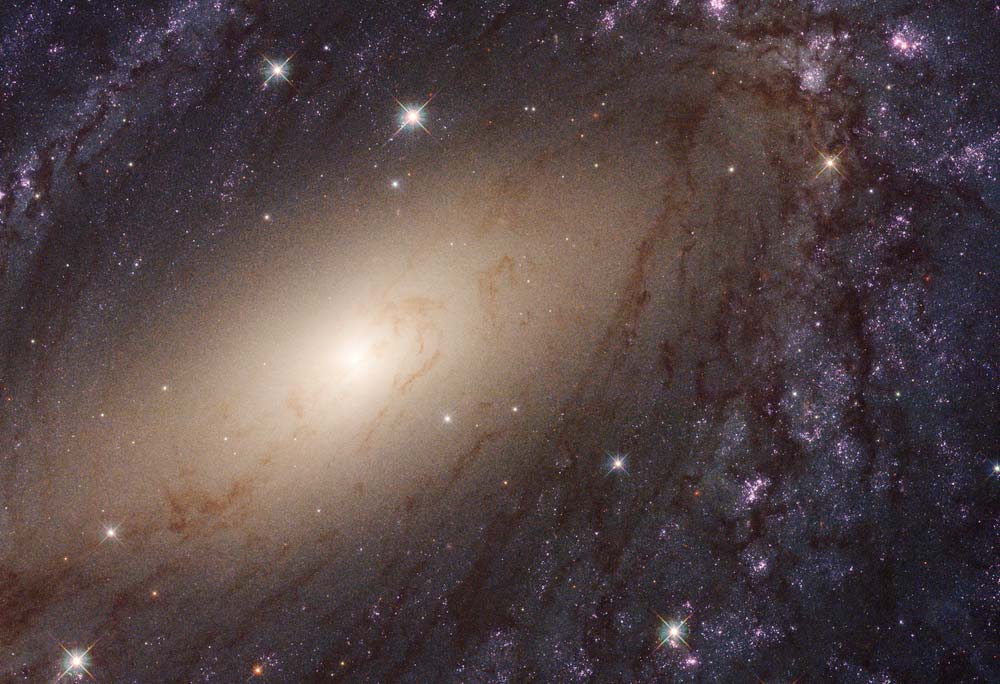 Why the expansion of the universe appears to be accelerating remains a mystery, but new research from UT Dallas may help shed light on it. (Photo: NASA, ESA and the LEGUS team)

One of the unsolved mysteries in modern science is why the expansion of the universe appears to be accelerating. Some scientists argue it is due to a theoretical dark energy that counteracts the pull of gravity, while others think Albert Einstein’s long-accepted theory of gravity itself may need to be modified.

As astrophysicists look for answers in the mountains of data gathered from astronomical observations, they are finding that inconsistencies in that data might ultimately lead to the truth.

“This is like a detective story, where inconsistent evidence or testimony could lead to solving the puzzle,” said Dr. Mustapha Ishak-Boushaki, professor of astrophysics in the School of Natural Sciences and Mathematics at The University of Texas at Dallas.

Ishak-Boushaki and his doctoral student Weikang Lin have developed a new mathematical tool that identifies and quantifies inconsistencies in cosmological data gathered by various scientific missions and experiments. Their findings could shed light on the cosmic acceleration conundrum and have a significant impact on our understanding of the universe.

Their most recent research, published last October in the journal Physical Review D, was presented June 4 at a meeting of the American Astronomical Society in Denver.

“The inconsistencies we have found need to be resolved as we move toward more precise and accurate cosmology,” Ishak-Boushaki said. “The implications of these discrepancies are that either some of our current data sets have systematic errors that need to be identified and removed, or that the underlying cosmological model we are using is incomplete or has problems.”

Astrophysicists use a standard model of cosmology to describe the history, evolution and structure of the universe. From this model, they can calculate the age of the universe or how fast it is expanding. The model includes equations that describe the ultimate fate of the universe — whether it will continue expanding, or eventually slow down its expansion due to gravity and collapse on itself in a big crunch.

There are several variables — called cosmological parameters — embedded in the model’s equations. Numerical values for the parameters are determined from observations and include factors such as how fast galaxies move away from each other and the densities of matter, energy and radiation in the universe.

But there is a problem with those parameters. Their values are calculated using data sets from many different experiments, and sometimes the values do not agree. The result: systematic errors in data sets or uncertainty in the standard model.

“Our research is looking at the value of these parameters, how they are determined from various experiments, and whether there is agreement on the values,” Ishak-Boushaki said.

The UT Dallas team developed a new measure, called the index of inconsistency, or IOI, that gives a numerical value to the degree of discordance between two or more data sets. Comparisons with an IOI greater than 1 are considered inconsistent. Those with an IOI over 5 are ranked as strongly inconsistent. 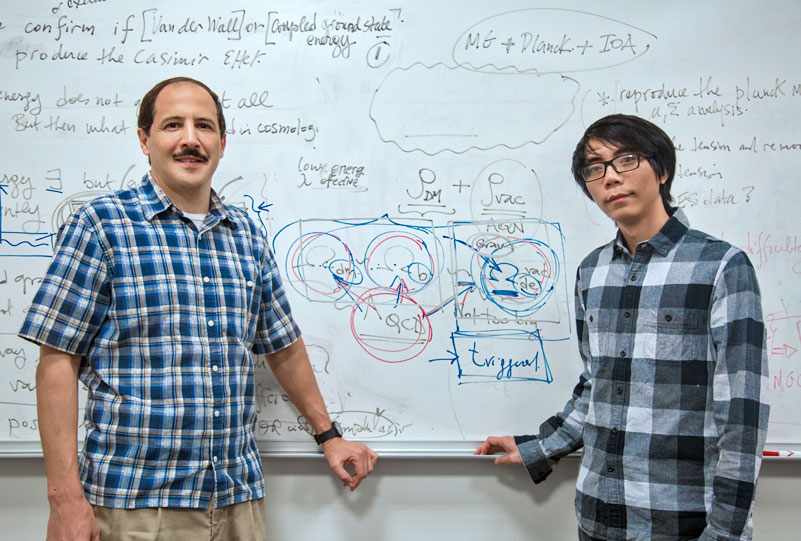 Dr. Mustapha Ishak-Boushaki (left) and his doctoral student Weikang Lin have developed a new mathematical tool called the index of inconsistency, or IOI, that identifies and quantifies inconsistencies in cosmological data from various missions and experiments.

For example, the researchers used their IOI to compare five different techniques for determining the Hubble parameter, which is related to the rate at which the universe is expanding. One of those techniques — referred to as the local measurement — relies on measuring the distances to relatively nearby exploding stars called supernovae. The other techniques rely on observations of different phenomena at much greater distances.

“We found that there is an agreement between four out of five of these methods, but the Hubble parameter from local measurement of supernovae is not in agreement. It’s like an outlier,” Ishak-Boushaki said. “In particular, there is a clear tension between the local measurement and that from the Planck science mission, which characterized the cosmic microwave background radiation.”

To complicate matters, multiple methods have been used to determine that local measurement, and they all produced a similar Hubble value, still in disagreement with Planck and other results.

“Why does this local measurement of the Hubble parameter stand out in significant disagreement with Planck?” Ishak-Boushaki asked.

“These inconsistencies are starting to show up more now because our observations have progressed to a level of precision where we can see them. We need the right values for these cosmological parameters because it has important implications for our understanding of the universe.”

Dr. Mustapha Ishak-Boushaki, professor of astrophysics in the School of Natural Sciences and Mathematics

He and Lin also applied their IOI tool to five sets of observational data related to the large-scale structure of the universe. The cosmological parameters calculated using those five data sets were in strong disagreement, both individually and collectively, with parameters determined by observations from Planck.

“This is very intriguing. This is telling us that the universe at the largest observable scales may behave differently from the universe at intermediate or local scales,” Ishak-Boushaki said. “This leads us to question whether Albert Einstein’s theory of gravity is valid all the way from small scales to very large scales in the universe.”

The UT Dallas researchers have made their IOI tool available for other scientists to use. Ishak-Boushaki said the Dark Energy Science Collaboration, part of the Large Synoptic Survey Telescope project, will use the tool to look for inconsistencies among data sets.

“These inconsistencies are starting to show up more now because our observations have progressed to a level of precision where we can see them,” said Ishak-Boushaki, who published his first paper about the inconsistencies in 2005. “We need the right values for these cosmological parameters because it has important implications for our understanding of the universe.”

The research is supported in part by the National Science Foundation and the John Templeton Foundation.