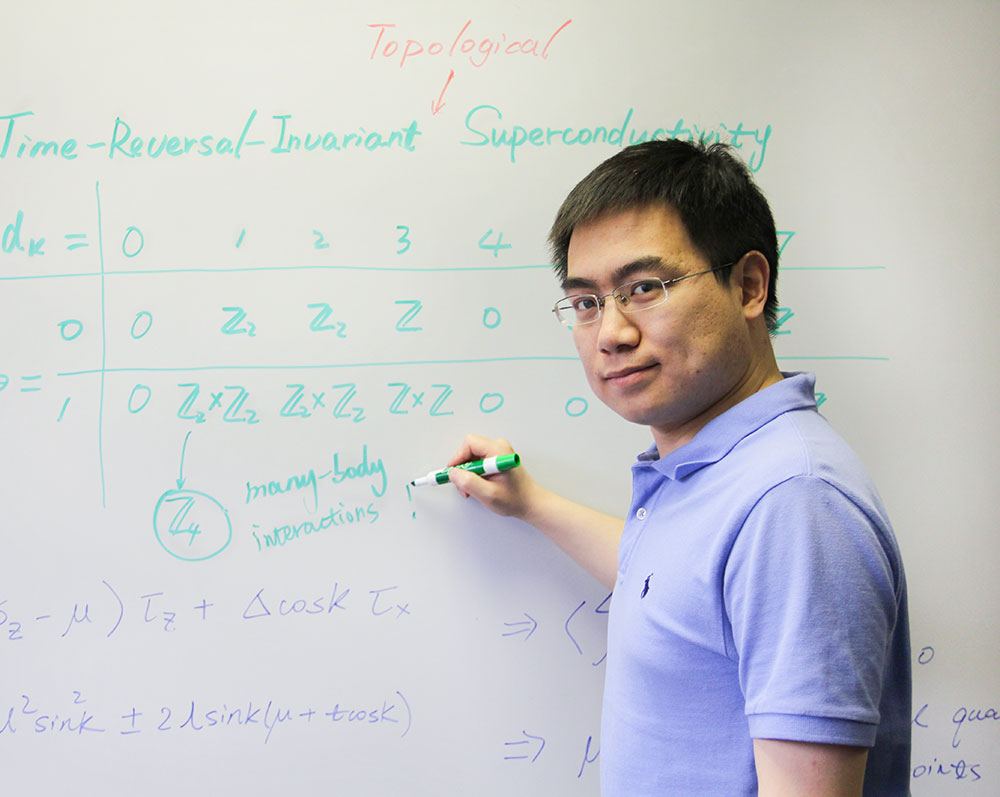 The scientists are investigating materials called topological insulators, whose surface electrical properties are essentially the opposite of the properties inside.

“These materials are made of the same thing throughout, from the interior to the exterior,” said Dr. Fan Zhang, assistant professor of physics at UT Dallas. “But, the interior does not conduct electrons — it’s an insulator — while the electrons on the surface are free to move around. The surface is therefore a conductor, like a metal, but it is in fact more robust than a metal.”

There are two types of topological insulators: strong and weak. The difference between them is subtle and involves complex physics, but is critically important.

“If you had a cube of material that is a strong topological insulator, all six faces can conduct electrons,” Zhang said. “For the weak one, only the four sides are conducting, while the top and bottom surfaces remain insulating.”

Strong topological insulators were made experimentally shortly after they were theoretically proposed. Zhang said they are common in nature, and several dozen variations have been identified and experimentally confirmed.

Zhang, a theoretical physicist, has devised a new way to make a weak topological insulator, one that involves a relatively simple mix of two chemical elements:  a crystal composed of bismuth combined with either iodine or bromine. He and his colleagues published the research recently in the journal Physical Review Letters and presented their work at the March meeting of the American Physical Society. 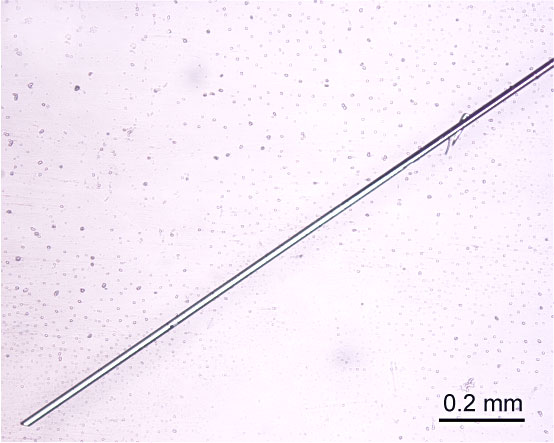 UT Dallas scientists have made crystals of bismuth iodide and are investigating the material’s exotic electrical properties for possible use in advanced electronics.

In the 1970s, German scientists grew bismuth iodides and bismuth bromides, but they didn’t understand their potential as weak topological insulators, Zhang said.

“This class of materials we are proposing is a unique platform for exploring exotic physics with fairly simple chemistry,” he said. “With further research and experimentation, our findings could lead to significant advances in technology, especially in electronics and quantum computing.”

Electrically conductive materials are the fundamental building blocks of the traditional transistors that power electronic devices including cellphones and computers. Researchers are developing new theories and experiments with innovative physics and materials to create new transistor-like technologies that run devices and make computers more powerful.

“Our lives have been modified over time by our understanding of the conduction of electrons and the exploitation of this physics for use in electronic devices,” he said. “We now need to revolutionize transistors. One possible substitution is a so-called topological field effect transistor, which could be made of a thin film of a weak topological insulator.”

Computers also are heading for a fundamental redesign, and those efforts might be aided by Zhang’s research.

“This class of materials we are proposing is a unique platform for exploring exotic physics with fairly simple chemistry. With further research and experimentation, our findings could lead to significant advances in technology, especially in electronics and quantum computing.”

“The fundamental computing scale is now very limited,” he said. “For many applications, like weather forecasting and information encoding and decoding, today’s computers are way too slow. However, quantum computers have been proposed that would use the principles of quantum physics to compute exponentially faster than today’s computers.

As a theorist, Zhang used old-fashioned pencil and paper to construct the basis of his theory about the bismuth compounds. His postdoctoral researcher Dr. Cheng-Cheng Liu, the study’s lead author and now an assistant professor at Beijing Institute of Technology, then crunched specific numbers using high-speed supercomputers at the Texas Advanced Computing Center based at UT Austin.

“The next step will be to characterize the material to explore the unique properties that a weak topological insulator can offer to fundamental physics and to our everyday lives,” Zhang said.

The work at UT Dallas was primarily supported by University startup funds and the National Science Foundation through the Aspen Center for Physics and Kavli Institute for Theoretical Physics.