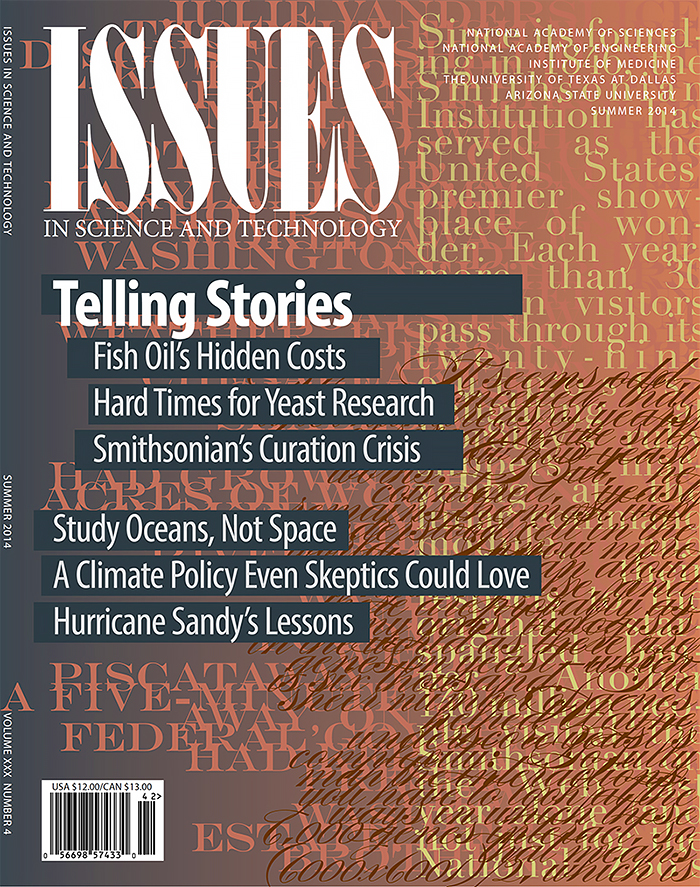 Three leading conservative thinkers argue that differences over political philosophy have prevented policymakers from taking action to respond to the scientifically documented problem of climate change. In the Summer 2014 edition of Issues in Science and Technology they maintain that instead of denying what the overwhelming majority of scientists are saying, conservatives can develop a policy that is consistent with their political principles.

In the article “Breaking the Climate Deadlock,” David Garman, former undersecretary in the Department of Energy in the George W. Bush administration; Dr. Kerry Emanuel, the Cecil and Ida Green Professor of atmospheric science at MIT; and Bruce Phillips, director of The NorthBridge Group, propose a technology-based portfolio strategy that could provide common ground for policymakers across the political spectrum.

“Given the uncertainties in climate projection, innovation and technology development, developing a broad range of technology options can be a hedge against climate risk,” they wrote in the article.

Also in this issue, George Washington University professor Dr. Amitai Etzioni argues that the United States is devoting too much attention to space research and neglecting more promising opportunities to support ocean research.

In “Final Frontier vs. Fruitful Frontier,” Etzioni writes that deep space is a distant, hostile and barren place, the study of which yields few major discoveries. He contends that studying the Earth’s oceans is a potential source of discoveries that could prove helpful for addressing a wide range of national concerns.

Finally, this issue includes an experiment in new ways to write about science and technology policy. Three articles are the result of a process in which a young scientist was paired with a young professional writer to produce an article that used an engaging narrative format to address a policy topic. Under the guidance of experienced editors, the teams produced articles on the environmental side effects of the rapidly growing fish oil industry, the challenges facing researchers pursuing valuable research into yeast cells and the impact of federal budget cuts on the Smithsonian’s ability to adequately manage its collections.