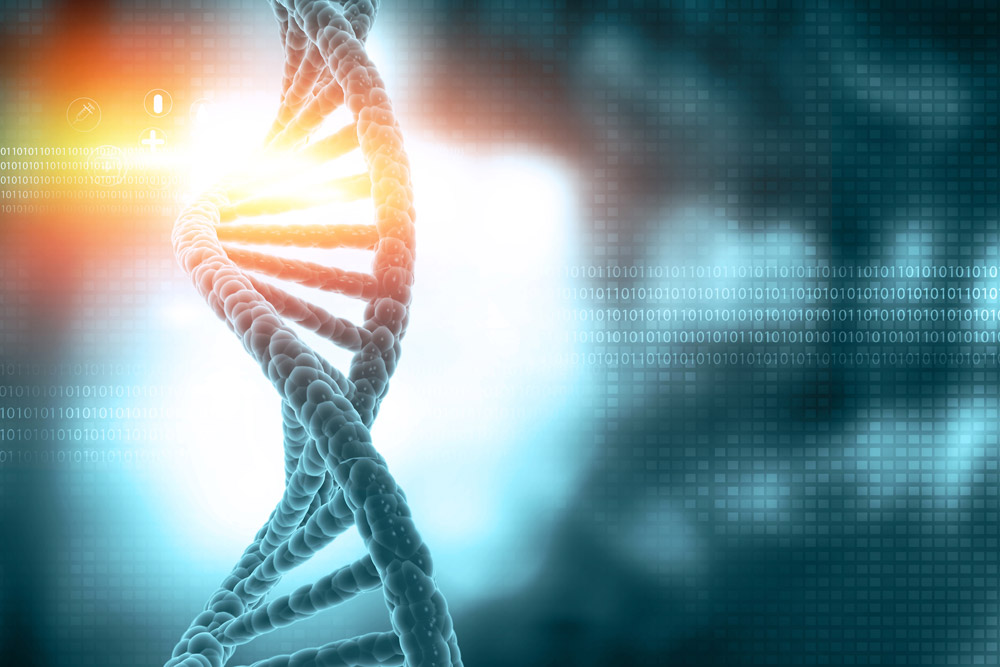 The amount of protein produced by a given DNA segment — referred to as gene expression — can vary between people and among identical cells in the same person. That fluctuation is called cellular noise.

University of Texas at Dallas researchers have taken an important step toward explaining why genetically identical cells can produce varying amounts of the same protein associated with the same gene.

In a study published Aug. 18 and appearing in the Sept. 18 print edition of the journal Nucleic Acids Research, researchers demonstrated that most of the fluctuations in gene expression between identical cells occur in the first step of protein production, called transcription.

Understanding why and how such fluctuations, or cellular noise, occur is a fundamental bioengineering problem, said Dr. Leonidas Bleris, associate professor of bioengineering in the Erik Jonsson School of Engineering and Computer Science and Fellow, Cecil H. and Ida Green Professor in Systems Biology Science. 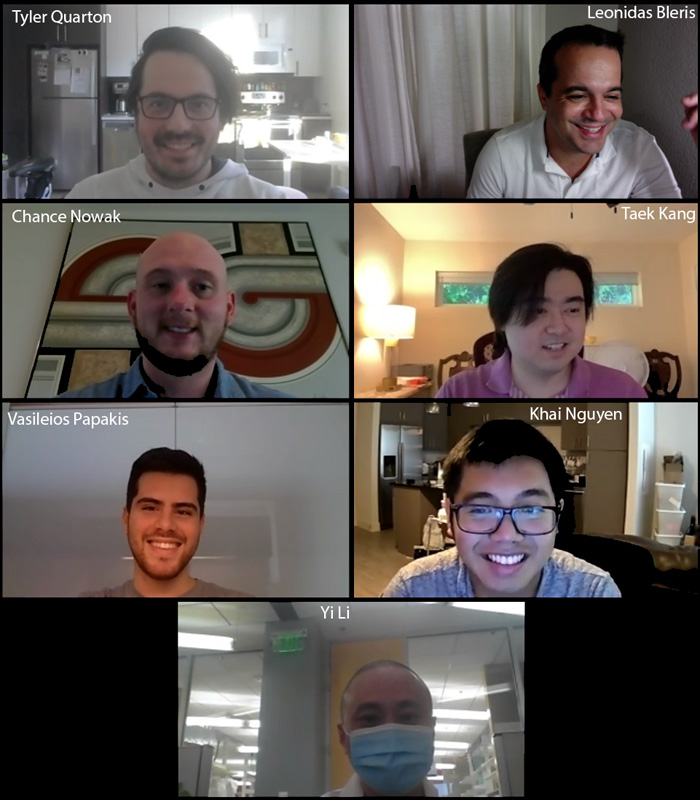 Dr. Leonidas Bleris (top right), associate professor of bioengineering, and members of his lab celebrated after their study was accepted for publication in the journal Nucleic Acids Research.

“The quest to understand cellular noise is driven primarily by our interest in applying engineering to biology. To paraphrase [physicist] Richard Feynman, by understanding, we will be able to create,” said Bleris, the corresponding author of the study. “We are interested in applying control in cells to achieve desirable objectives. The applications range from sophisticated gene therapy to engineering pathways in order to produce valuable compounds.”

Nearly every cell in a person’s body contains the same DNA, the master set of genetic instructions for making the complex proteins that do most of the biological work. DNA segments called genes encode specific proteins. But the amount of protein produced by a given gene — referred to as gene expression — can vary not only between people, but also among identical cells in the same person. That fluctuation in gene expression between identical cells is called cellular noise.

Using a combination of experiments and theory, Bleris and his colleagues analyzed each stage of the process by which information in DNA is converted to proteins, a process referred to as the central dogma of molecular biology.

“Eventually, once we have a better understanding of how our genes operate in their intrinsically fluctuating environment, we will be able to engineer a more sophisticated class of gene therapies that can more appropriately address the diseases that ail humanity.”

Tyler Quarton PhD’19, one of the study’s lead authors

To understand the source of cellular noise, researchers in the Bleris Lab engineered custom genetic circuits, a synthetic biology approach that allowed the team to isolate each step of the standard protein-making process.

Then, the team used the gene-editing tool CRISPR to insert single copies of these circuits surgically in a predetermined genomic location in human cells. This combination of synthetic biology and genome editing made it possible for the team to analyze fluctuations in cells at different stages of the protein-making process and pinpoint transcription as the source of noise.

The 2020 Nobel Prize in chemistry was awarded Oct. 7 to two scientists who developed the CRISPR/Cas9 genetic scissors — Dr. Emmanuelle Charpentier, director of the Max Planck Unit for the Science of Pathogens in Berlin, and Dr. Jennifer Doudna, a biochemist at the University of California, Berkeley and a Howard Hughes Medical Institute investigator.

“Eventually, once we have a better understanding of how our genes operate in their intrinsically fluctuating environment, we will be able to engineer a more sophisticated class of gene therapies that can more appropriately address the diseases that ail humanity,” said Tyler Quarton PhD’19, one of the study’s lead authors.

“Understanding the sources of noise opens the path for asking new questions: What is the biological function of noise? Is noise used by cells to introduce diversity, or is it simply a nuisance?” explained Taek Kang, a biomedical engineering doctoral student, Eugene McDermott Graduate Fellow and co-lead author.