Sitting around a Dallas swimming pool in the summer of 1963, a handful of Texas scientists hatched a plan to hold a scientific conference that would highlight new research in the combined fields of relativity and astrophysics.

They even created a new scientific discipline to attract attendees from around the world: Relativistic astrophysics was born.

In 1963, the discipline centered on quasars, enigmatic phenomena that had recently been discovered to be the most powerful sources of energy in the universe. Today, the field encompasses a broad range of research areas associated with the origin, evolution and structure of the cosmos, such as black holes, gravitational waves, colliding galaxies, exploding stars and the mysterious dark matter and dark energy that comprise 95 percent of the universe. 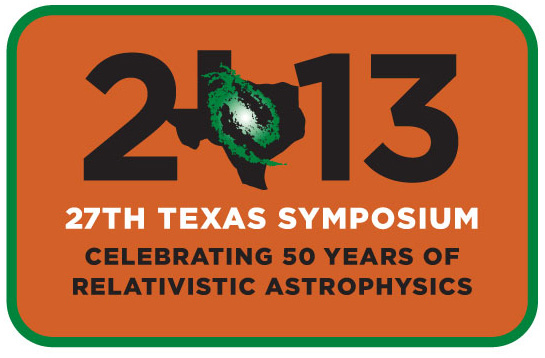 More than 400 experts on cosmology and astrophysics will attend the event hosted by UT Dallas.

One of the instigators of that first Texas Symposium on Relativistic Astrophysics, as it came to be called, was professor emeritus of mathematical sciences Ivor Robinson. He was then head of the mathematics and mathematical physics division at the Graduate Research Center of the Southwest/Southwest Center for Advanced Studies, the precursor institution to The University of Texas at Dallas.

That first international conference was so successful that it has since been held about every two years at sites around the world, retaining the name Texas Symposium regardless of location.

From Dec. 8-13, UT Dallas will once again play host to more than 400 of the world’s leading experts in cosmology and astrophysics at the 27th Texas Symposium, held in downtown Dallas. 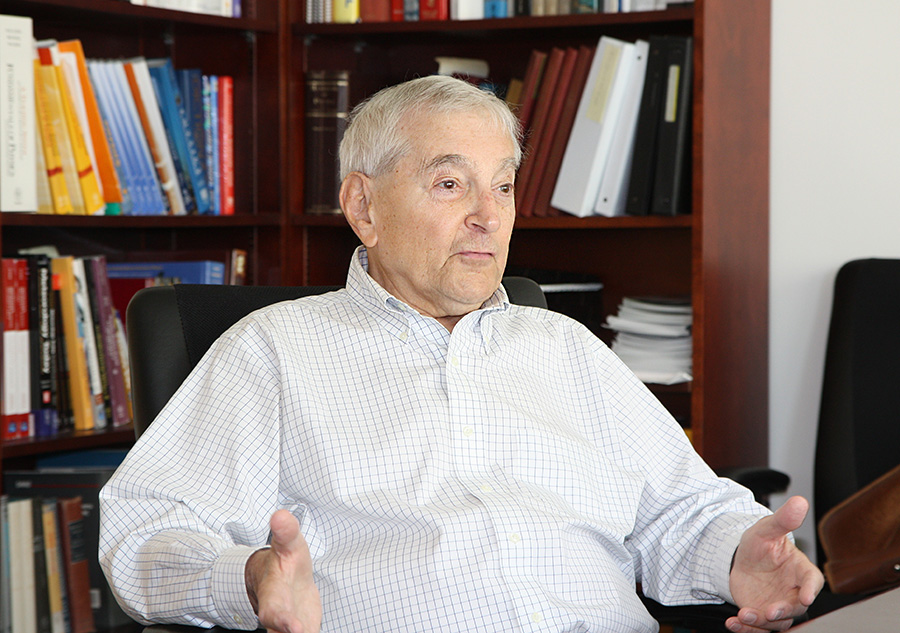 “We will celebrate the 50th anniversary of the symposium by looking back on the history of relativistic astrophysics while kicking off the next 50 years of undoubtedly remarkable discoveries,” said Dr. Wolfgang Rindler, professor of physics at UT Dallas. An expert in relativity, Rindler was a faculty member at the Graduate Research Center in 1963 and took part in the first Texas Symposium. Today, he’s co-chair of the 50th anniversary meeting, along with Dr. Mustapha Ishak, associate professor of physics and head of the cosmology research group at UT Dallas.

“We designed a diverse scientific program that covers over 50 current topics in astrophysics, including recent breakthroughs and advances in the field,” said Ishak, whose expertise includes cosmological models and cosmic acceleration. 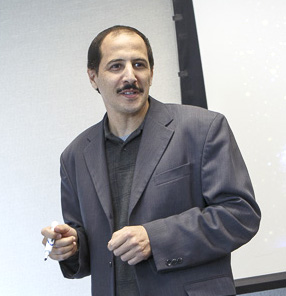 In addition to the scientific presentations, which require attendees to register and pay a fee, the symposium will present a free public event at 7:30 p.m. Dec. 11 at UT Dallas featuring Dr. Edward “Rocky” Kolb, a cosmologist and award-winning science educator.

A special feature of the symposium will be a roundtable of veteran scientists that will include some of the original participants from the 1963 event. They will reflect on the circumstances that led to the first Texas Symposium and the subsequent impact on the development of these disciplines. Dr. Donald Salisbury, professor of physics at Austin College, organized the roundtable, which will be held Dec. 11 at UT Dallas.

The scientific talks at the 27th Texas Symposium will feature Nobel Prize winners and other distinguished scientists who will discuss the latest findings on many “hot topics” in astrophysics, Rindler said.

The sessions will cover areas such as galaxy evolution and supermassive black holes; pulsars and neutron stars; high-energy astrophysics; cosmological implications of the Higgs particle; and tests of general relativity. Presentations also will include updates from ongoing and future experiments, such as Planck, NuSTAR and Pan-STARRS.

“The large number of distinguished scientists that are attending the symposium reflects the attention that the UT Dallas cosmology group has drawn within the national and international astrophysics community,” Ishak said.

A lecture on “Mysteries of the Dark Universe” is set for Wednesday.An Evening with the Stars: Cosmos Experts to Engage Public at UT Dallas Event

Ninety-five percent of the universe is missing.

Noted astrophysicist Dr. Edward “Rocky” Kolb will discuss those invisible pieces – made up of dark energy and dark matter – during a public lecture titled “Mysteries of the Dark Universe” at 7:30 p.m. on Wednesday in the Edith O’Donnell Arts and Technology (ATC) Building.

The event is free and open to the public, but tickets are required. Register and print tickets at kolbevent.eventbrite.com

The talk, which will be geared toward a general audience, is presented as part of the 27th Texas Symposium on Relativistic Astrophysics, a scientific conference being held in Dallas and hosted by UT Dallas.

After Kolb’s talk, international cosmology and astrophysics experts, who are among the hundreds participating in the Texas Symposium, will be available in the lobby of the Edith O’Donnell Arts and Technology Building building to talk informally with audience members and answer questions about the universe.

Kolb is the Arthur Holly Compton Distinguished Service Professor of Astronomy and Astrophysics at the University of Chicago. His field of research is the application of elementary particle physics to the very early universe. A recipient of several awards for teaching excellence, his book Blind Watchers of the Sky, written for the general public, received the 1996 Eugene M. Emme Astronautical Literature Award from the American Astronautical Society. He also is a co-author, with Michael Turner, of The Early Universe, the standard textbook on particle physics and cosmology. The author of more than 200 scientific papers, Kolb has appeared in several television productions, and he can be seen in the IMAX film The Cosmic Voyage.