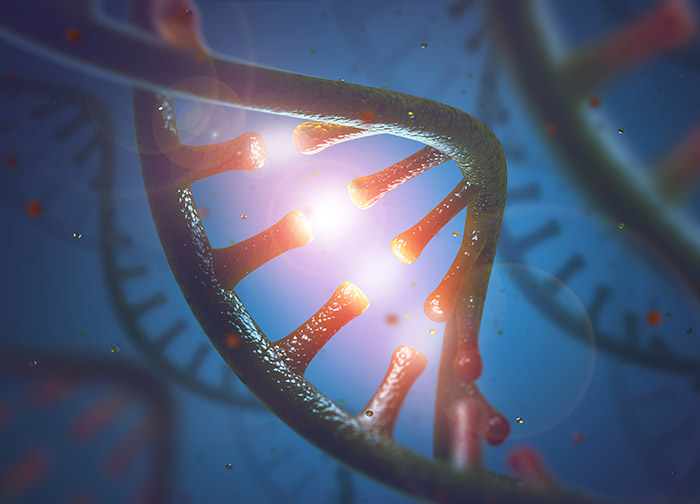 Virtually all functions in our bodies require precise interactions between radically different types of molecules. The vast majority of the time, these encounters yield nothing, but a special few sustain life as we know it.

Drs. Faruck Morcos and Zachary Campbell at The University of Texas at Dallas are pursuing what differentiates a fruitful encounter from a dud — a mystery with long odds similar to finding a soul mate among the metaphorical millions of fish in the sea. Their ultimate goal is to prevent the relationships that become toxic and result in disease.

A new study, published in Nature Communications, shows the researchers’ progress in understanding how molecules called RNA pair with intended protein partners. The researchers hope that they eventually will be able to predict and manipulate these partnerships that have been carved through millions of years of evolution.

“We’re trying to understand how proteins achieve remarkable selectivity for certain RNAs,” said Campbell, an assistant professor in the Department of Biological Sciences in the School of Natural Sciences and Mathematics. “Usually, people have looked at this problem on a case-by-case basis. We believe that, by analyzing millions of variants of RNA at one time, we will help reveal the fundamentals of how RNA-binding proteins recognize what they’re seeking.”

RNA, which stands for ribonucleic acid, is a type of small molecule similar in structure to DNA, the genetic blueprint for building and maintaining a living organism. While DNA resides inside a cell’s nucleus, strands of RNA move about the cell, carrying copies of DNA’s instructions for making proteins.

Depending on their structure, some RNAs play roles beyond that of messenger. They can bind to proteins and regulate how genes are expressed or act as catalysts for various biological processes.

Healthy outcomes of RNA-protein interactions rely on these reactions proceeding correctly — faulty interactions can yield developmental problems in the organism, some of which are fatal. Yet these encounters are poorly understood, in part because of the sheer number of potential interactions.

“For even a short piece of RNA, there are about as many combinations as there are stars in our galaxy,” Campbell said.

Morcos, also an assistant professor of biological sciences, has developed powerful statistical methods to handle the immense volumes of data required to build a model that quantifies the space of a trillion possible RNA structures, and reveals which ones are better candidates for functional interactions. 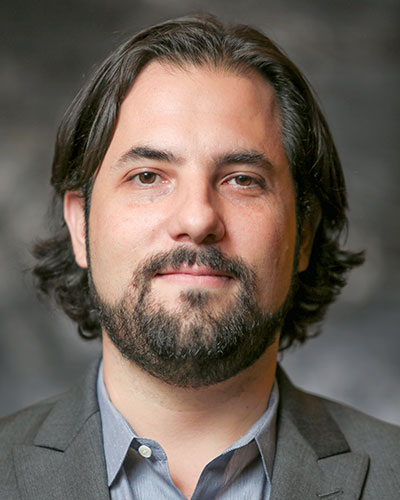 He describes this method as providing “a large number of pieces in a giant jigsaw puzzle,” allowing the team to predict adjacent pieces from contextual clues.

“If the experiments cannot capture the exact RNA structure that evolution selected for interactions, it informs the model on how to infer those structures,” he said. “Not only that, we can also predict pieces that have never been used through evolution, but that can potentially lead to a functional interaction.”

Morcos emphasized how technological advances in big-data computing have enabled their project to succeed.

“This is novel in that cutting-edge, high-throughput experimental capabilities and next-generation sequencing have allowed us to more quickly explore an abundance of possibilities and parameters,” he said. “Using clever approximations, we can essentially solve a problem that had been computationally impossible.”

Morcos said that the strength of their project comes from what he and Campbell each bring to the table.

“Dr. Campbell’s experimental methods can help us sample a very large space of functional interactions,” he said. “Still, this is just a fraction of the complete genetic cartography. But when we combine this with the statistical models developed in my lab, we can fill the gaps in this sampling, and really quantify an enormous space of possibilities.” 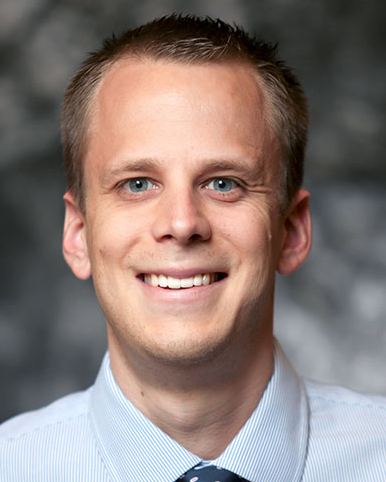 Campbell spoke of the wide range of potential uses for the data they’ve gathered.

“This allows us to sketch out which partnerships are the most likely to occur, teaching us about how selectivity is achieved, and hopefully enabling us to improve on what has naturally evolved,” he said.

For Campbell and Morcos, the goal is to design new types of pharmacological agents that impede undesirable interactions that lead to disease or mimic the beneficial ones.

“With an understanding of how recognition between partners occurs, we may learn a great deal about human physiology, as well as viral and bacterial genomes and liaisons that could be disrupted to improve human health,” Campbell said.

The research was funded by the National Institutes of Health and startup funds provided by the University.