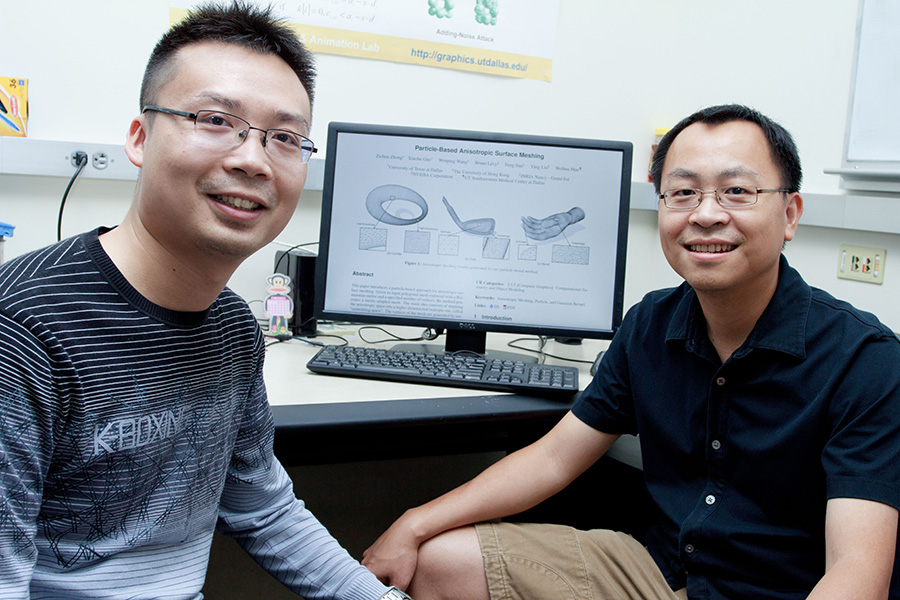 UT Dallas computer scientists have developed a technique to make 3-D images that finds practical applications of a theory created by a famous mathematician.

This technique uses anisotropic triangles – triangles with sides that vary in length depending on their direction – to create 3-D “mesh” computer graphics that more accurately approximate the shapes of the original objects, and in a shorter amount of time than current techniques. These types of images are used in movies, video games and computer modeling of various phenomena, such as the flow of water or air across the Earth, the deformation and wrinkles of clothes on the human body, or in mechanical and other types of engineering designs. Researchers hope this technique will also lead to greater accuracy in models of human organs to more effectively treat human diseases, such as cancer.

The technique finds a practical application of the Nash embedding theorem, which was named after mathematician John Forbes Nash Jr., subject of the film A Beautiful Mind.

“The underlying mathematics we used to solve this problem are rigorous and beautiful,” Guo said. “Finding a way to use the theory in a practical application will have a great impact in the field.” 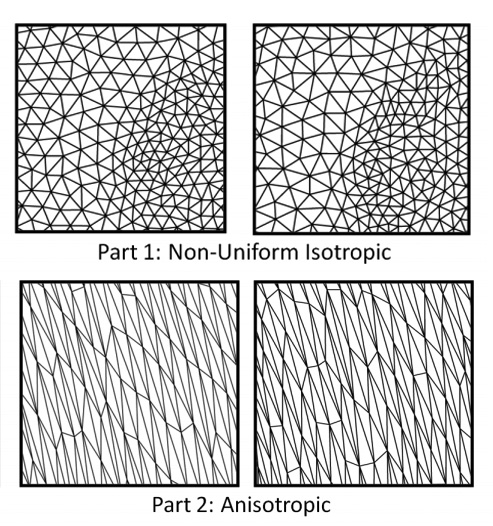 The computer graphics field represents shapes in the virtual world through triangle mesh. Traditionally, it is believed that isotropic triangles – where each side of the triangle has the same length regardless of direction – are the best representation of shapes. However, the aggregate of these uniform triangles can create edges or bumps that are not on the original objects. Because triangle sides can differ in anisotrophic images, creating images with this technique would allow the user flexibility to more accurately represent object edges or folds.

Guo and his team found that replacing isotropic triangles with anisotropic triangles in the particle-based method of creating images resulted in smoother representations of objects. Depending on the curvature of the objects, the technique can generate the image up to 125 times faster than common approaches.  For example, 155 seconds to create a circular image with Guo’s approach, versus more than 19,500 seconds for a common approach to generate an image of similar quality.

Objects using anisotropic triangles are of a more accurate quality, and most noticeable to the human eye when it comes to wrinkles and movement of clothes on human representatives.

The next step of this research is moving from representing the surface of 3-D objects to representing 3-D volume.

“If we are going to create accurate representations of human organs, we need to account for the movement of cells below the organ’s surface,” Guo said.

The research was presented at the Association for Computing Machinery SIGGRAPH conference earlier this year.