Self-Assessment Could Help Chart Path of Cognitive Impairment
Researcher Will Use NIH Grant To Learn More About MCI, Alzheimer’s 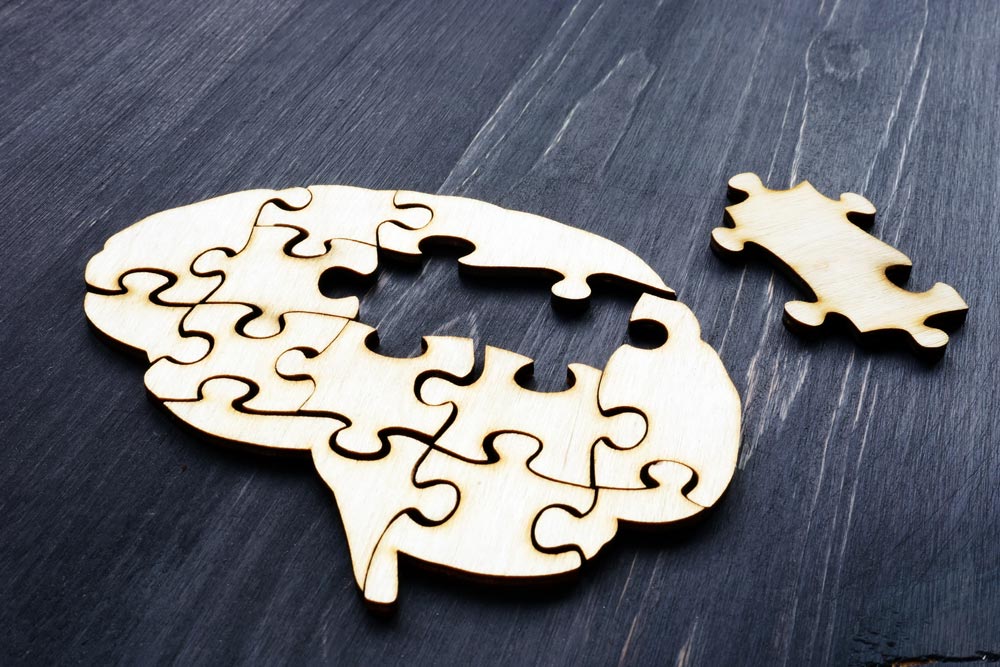 Researchers at The University of Texas at Dallas believe that determining the capability of individuals with mild cognitive impairment (MCI) to assess accurately their own cognitive function may help improve diagnosis of that condition — which often precedes an Alzheimer’s disease diagnosis — as well as potentially help better identify those at risk for dementia later.

“Cognitive impairment is one of the biggest human vulnerabilities,” said Dr. Amy Pinkham, professor of psychology in the School of Behavioral and Brain Sciences. “When you start to wonder if you’re operating at full mental capacity, that’s a threatening and scary thing. Because Alzheimer’s can be so devastating, there’s a lot of emphasis on determining what can predict someone’s likelihood of going on to develop dementia, and mild cognitive impairment is often a precursor.”

Pinkham recently received a grant (3R01MH112620-03S1) from the National Institutes of Health to apply earlier research on self-assessment from patients with severe psychological issues to an MCI cohort in the hopes of learning more about MCI and Alzheimer’s.

The grant is a $386,250 supplement to an earlier four-year, $2.8 million grant to study how introspective accuracy (IA) and introspective bias (IB) affect everyday functioning in patients with schizophrenia and bipolar disorder.

MCI is defined by issues with memory and other cognitive processes that aren’t severe enough to cause a decline in the ability to function. Its presence is seen as an opportunity to intervene early, as well as to determine who is at the greatest risk of developing Alzheimer’s, which affects more than 5.5 million Americans and is the sixth-leading cause of death in the U.S.

“When we consider people’s ability to judge their own skills, we divide it into two aspects: how accurate you are, and the direction in which you are inaccurate,” Pinkham said. “These are referred to as introspective accuracy and introspective bias, respectively.”

Researchers will compare IA and IB in people with MCI to those same introspection measures in cognitively healthy participants with the goal of determining how such subjective observations relate to objective assessment of functional capacity. Additionally, the team will investigate if mood fluctuations among MCI patients affect self-evaluation the same way they do in healthy patients.

“As you might expect, severely depressed people underestimate their abilities,” Pinkham said. “However, people described as slightly depressed tend to provide the most accurate self-assessments.”

Self-awareness is markedly impaired in individuals with Alzheimer’s and appears to worsen with advancing illness. Because people often seek help only when symptoms are recognized, the need to understand self-awareness better in MCI is helpful.

“We suspect that those with MCI will misjudge their cognitive abilities to a degree, just as those with Alzheimer’s do,” Pinkham said. “Someone who thinks that they’re doing quite well but is actually functioning well below their previous levels, or well below normative levels, could benefit from intervention and treatment. And people won’t seek out that help if they don’t perceive an issue.”

“When you start to wonder if you’re operating at full mental capacity, that’s a threatening and scary thing. Because Alzheimer’s can be so devastating, there’s a lot of emphasis on determining what can predict someone’s likelihood of going on to develop dementia, and mild cognitive impairment is often a precursor.”

Dr. Amy Pinkham, professor of psychology in the School of Behavioral and Brain Sciences

A person who consistently overestimates their ability to function can encounter trouble in a variety of ways that can range from minor inconvenience to serious peril.

“Say I need to get something from the grocery store. If I overestimate my capabilities, I’m less likely to make a list and more likely to forget to buy an item,” Pinkham said. “That’s an example of hindered performance from MCI — your life becomes more complicated; you have to expend more energy.

“For a more extreme example, an older person with MCI might not comprehend the degree of impairment of their driving skills, due to a variety of factors. This might lead to a bad decision to drive due to their overestimation of their abilities.”

MCI is diagnosed with the person’s perceptions of their own abilities taken into consideration, but diagnoses rely more heavily on objective measurements.

“We measure MCI via research protocols, comparing a person’s performance on a battery of tests to what’s expected of someone their age. We assess things like attention and memory, and verbal abilities,” Pinkham said. “If someone says, ‘I feel like I can’t remember things as well as I used to,’ we can use that — but we also know that people are not the best judges of their own abilities. Often, people who report a subjective impairment still test within normal ranges.”

Scientists are still exploring the role of introspective accuracy and introspective bias, in part because different researchers have approached the issue from different angles, using different terminology.

“If we find that folks are unaware of their impairments, the next step would be to determine how IA and IB might change over time and how they relate to, or potentially predict, illness progression,” Pinkham said.

Pinkham hopes that her work can advance the understanding of the link between self-awareness and cognitive decline.

“Given that mild cognitive impairment is an established precursor for Alzheimer’s and that people often seek help only when symptoms are recognized, it is essential to better understand self-awareness in MCI,” she said. “Our paradigm is an innovative approach to addressing critical questions that remain about Alzheimer’s disease.”