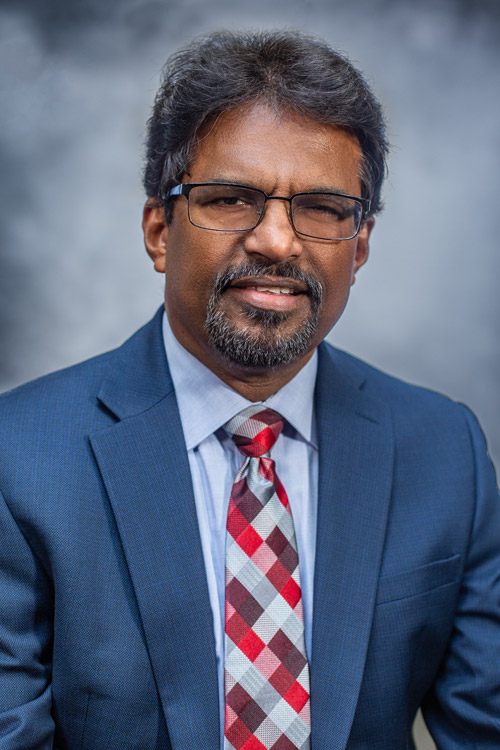 Dr. Lakshman Tamil, professor of electrical and computer engineering at The University of Texas at Dallas, has been named a fellow of the National Academy of Inventors (NAI).

Tamil is one of 168 new fellows who will be inducted on April 10 at the academy’s annual meeting in Phoenix.

The distinction of fellow is given by the NAI to academic inventors who have demonstrated a prolific spirit of innovation in creating or facilitating inventions that have made a tangible impact on quality of life, economic development and the welfare of society.

The NAI fellow status is the highest professional distinction accorded solely to academic inventors. The program has more than 1,200 fellows representing more than 250 universities and governmental and nonprofit research institutes around the world.

Tamil joins two other current UT Dallas faculty members as NAI fellows: Dr. Bhavani Thuraisingham, Founders Chair in Engineering and Computer Science and executive director of the Cyber Security Research and Education Institute, who was elected in 2018; and Dr. Ray Baughman, director of the Alan G. MacDiarmid NanoTech Institute and the Robert A. Welch Distinguished Chair in Chemistry, who was chosen in 2015.

Tamil directs the Quality of Life Technology Laboratory in the Erik Jonsson School of Engineering and Computer Science, and works collaboratively with an interdisciplinary team of engineers, computer scientists, statisticians, physicians and nurses. The team is developing several projects, including an advanced telemedicine platform, a home-based sleep-monitoring system, a cognitive support system for congestive heart failure management, an artificial intelligence (AI)-based heart arrhythmia monitoring system and an early warning system for asthma attacks.

Tamil also has developed an AI system that could aid radiologists in detecting breast cancer faster and more accurately.

“Breast cancer is the second-leading cause of death for women, and there is a shortage of mammography professionals around the world, which threatens the timely care for those affected,” Tamil said. “Our AI system can help doctors provide timely care more cost-effectively.”

Over the course of his career, Tamil has contributed to more than 150 research publications and 23 patents and directed 22 doctoral dissertations. His earlier research areas include optical switching and routing, optical transmission and networks, wireless communication, inverse problems in electromagnetics and solitons in nonlinear fibers. He was the founder and CEO of Yotta Networks Inc., a startup that designed, developed and marketed multiterabit hybrid optical switches.

Tamil is a fellow of The Optical Society of America and Electromagnetics Academy, an elected member of International Union of Radio Science Commissions B and D, a senior member of the Institute of Electrical and Electronics Engineers and a member of the American Association for the Advancement of Science. He also has directed research on advanced optical networks at the Alcatel Lucent Research Center and now serves as the president and CEO of HygeiaTel Inc., a startup that commercializes some of the innovations of the Quality of Life Technology Laboratory.