Facilities Leader Who Guided Transformation of the University Retires 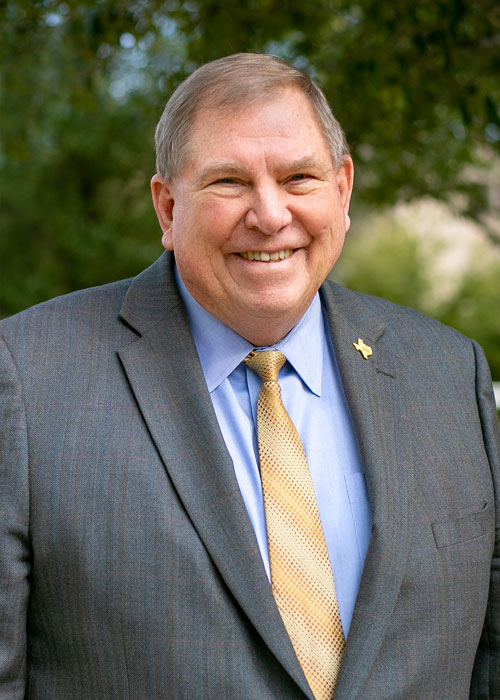 If Rick Dempsey had known how much construction The University of Texas at Dallas would undertake during his 12-year tenure as associate vice president for facilities management, it might have given him pause.

Since 2006 Dempsey has overseen $1.2 billion of construction that has added more than 4 million gross square feet of academic, research and auxiliary space to accommodate more than a decade of unprecedented student enrollment and increased faculty and staff.

Now as Dempsey retires on Feb. 4, his fingerprints are all over campus, with nearly triple the number of buildings on campus as when he arrived.

“I had no idea we would do this much construction — no clue,” Dempsey said.

Dempsey was drawn to UT Dallas after an eight-year stint at UT Permian Basin; he was impressed by the direction of growth set by University leaders.

Dr. Calvin D. Jamison, vice president for facilities and economic development, said Dempsey was the point person when he came on board in 2007 to lead operations and infrastructure growth under then-President David E. Daniel and Dr. Hobson Wildenthal, executive vice president and then-provost. That growth has continued under current President Richard C. Benson.

“Rick made sure we were successful in completing so many projects on time and within budget,” Jamison said. “He was part of a team whose legacy is integral to the UT Dallas story. Rick is a great professional, great team member and great colleague. We are thankful for his many years of public service, and we will miss his leadership.”

When Dempsey arrived, he found a campus core that was plain but functional. Its 1970s Brutalist architecture had the look of an industrial park: lots of concrete, very sterile and somewhat unfriendly.

“Rick made sure we were successful in completing so many projects on time and within budget. He was part of a team whose legacy is integral to the UT Dallas story. Rick is a great professional, great team member and great colleague. We are thankful for his many years of public service, and we will miss his leadership.”

“We couldn’t tear down all those buildings; what we had to do was create complementary buildings. From a design standpoint, we’ve been very successful in that,” Dempsey said. “We’ve got some very nice buildings, but we have never gold-plated anything. Everything has a purpose and is in the budget.”

That’s not to say the campus doesn’t have more than a few eye-catching buildings. Consider the Natural Science and Engineering Research Laboratory, the Visitors Center and Bookstore, the Edith O’Donnell Arts and Technology Building, the Davidson-Gundy Alumni Center, the Bioengineering and Sciences Building, the new Engineering and Computer Science West building and the still-in-progress Science Building, set to open in spring 2020.

Throughout the spurt of construction growth, Dempsey made sustainability a high priority. The campus notably has six Leadership in Energy and Environmental Design-certified buildings, including the LEED Platinum Student Services Building, the first such LEED facility in The University of Texas System. Dempsey said UT Dallas’ sustainability programs continue to receive recognition as among the best in higher education.

Tom Lund, regional program manager for the UT System’s Office of Facilities Planning and Construction, has worked with Dempsey on 32 major capital projects. He praised Dempsey’s leadership as “the best in the System and the state.”

“Rick has been the key to the transformation of the campus and the success of the Office of Facilities Planning and Construction at UT Dallas, helping to build an unprecedented relationship of trust and respect, with full transparency and open collaboration,” Lund said. “Rick also transformed the UT Dallas facilities management organization, building an efficient, modernized, professional team that is envied across the state. I have been truly blessed to work on this campus during this time of unparalleled growth with this man I call a mentor and a friend.”

Dempsey is known by his team of 130 for his straightforward but affirming management style: Be thoughtful about whom you select to be part of your team; give them the resources they need; maintain a healthy balance between oversight and independence that lets them do their job.

And “communicate the heck out of everything” so that everyone knows what’s going on and who’s doing what, Dempsey added.

“I think we have a very strong team. We have expertise in the shops and in our field operations. I’m very proud of how our custodians and grounds people keep the campus looking great,” he said. “We’ve added engineers, architects, hotshot interior designers. When you have professionals who are self-directed, they know how to do their job, and they are committed to doing it well.” 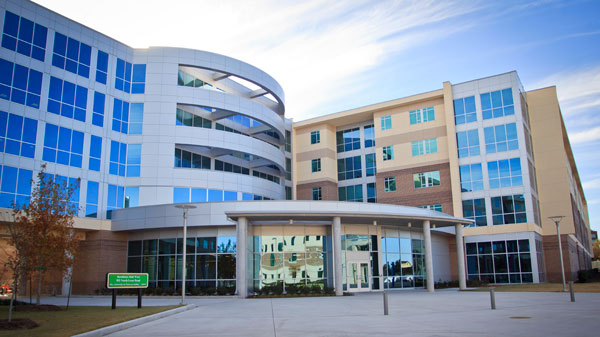 Kelly Kinnard, senior director of the physical plant, followed Dempsey to UT Dallas after working with him at Permian Basin.

“Rick has been much more than just ‘the best boss ever,’ a true but overused term. He’s been a dad, a mentor, a counselor, a friend, a sounding board, and much, much more. He’s basically what I want to be when I grow up,” he said.

Dempsey brought public works and construction experience with him from a 28-year Navy career. He holds two master’s degrees in civil and environmental engineering from Stanford University and is a graduate of the Duke University Fuqua School of Business executive management program. A five-year stint with Honeywell International Inc. gave him the commercial business perspective of construction proposals.

“I consider myself an operator. I can make a decision. Many times it’s important to make a decision and move forward. Then if you have to, you can work it back,” Dempsey said. “When I have had my failures along the way, it’s because I want to get something done, and maybe I get out ahead of where everyone else is.”

After working for four presidents and two interim presidents over a 20-plus-year career, Dempsey’s final task is done. The newly completed Campus Master Plan is the zenith of everything his team has worked toward.

“Our mission is to create an environment that is conducive to learning and research and development of students. Whether it’s a building or grounds or residence halls, those all play a big part,” he said. “I feel like I made a contribution, and we can look back on something that will last. Those buildings aren’t going anywhere for a while.”

The following is a list of some of the capital projects at UT Dallas since 2006 when Rick Dempsey joined Facilities Management: