Engineer Investigates Use of Navy Ships for Emergency Power 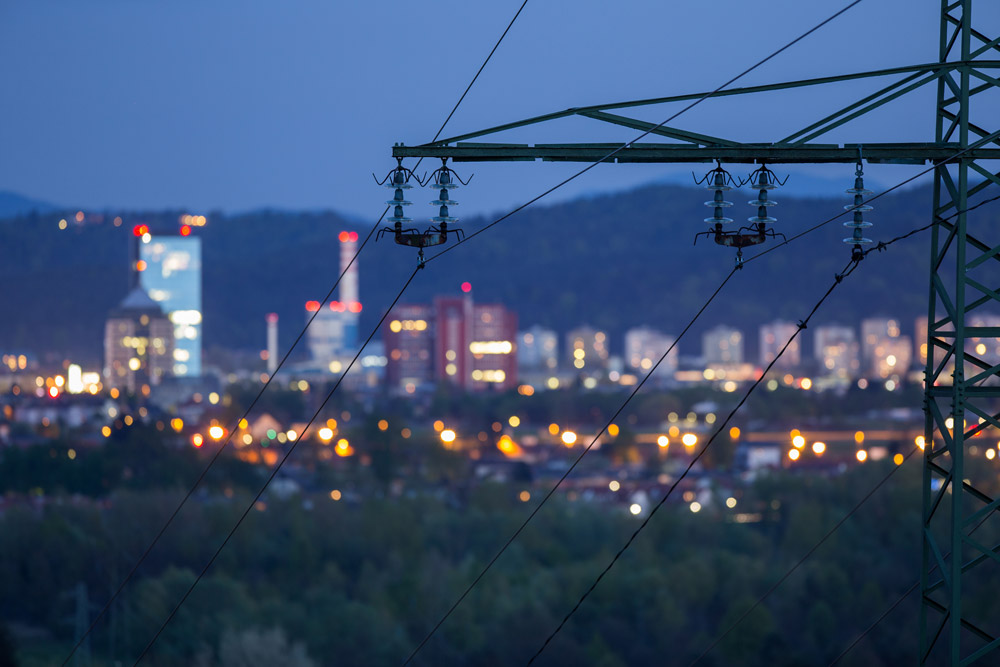 Dr. Jie Zhang received a Young Investigator Award from the Office of Naval Research to develop technology for Navy ships to serve as mobile power providers after disasters.

Disasters such as hurricanes and tropical storms can leave millions of coastal residents and businesses without electricity for days or weeks. But a University of Texas at Dallas engineer is working to create large-scale mobile marine microgrids aboard U.S. Navy ships that could deliver temporary power during emergencies.

That’s the goal of a new project by Dr. Jie Zhang, assistant professor of mechanical engineering. Zhang received a 2020 Young Investigator Award from the Office of Naval Research to develop technology to make it possible for Navy ships to serve as mobile power providers after outages from natural disasters or cyberattacks. He said the ships could serve disaster-struck areas in the same way that Navy hospital ships have provided care to relieve overburdened hospitals in areas affected by the COVID-19 pandemic.

“Resiliency of the power grid is an urgent issue,” said Zhang, who directs the UT Dallas Design and Optimization of Energy Systems Laboratory in the Erik Jonsson School of Engineering and Computer Science. “We are trying to create a large-scale mobile energy facility that can make the power system more resilient, more reliable.”

“Resiliency of the power grid is an urgent issue. We are trying to create a large-scale mobile energy facility that can make the power system more resilient, more reliable.”

Generators and energy storage systems on board Navy ships allow the vessels to provide electricity potentially for several hours or possibly up to two days while ground crews work to restore power, Zhang said. A Navy ship can generate up to 500 megawatts of electricity, potentially enough to power 250,000 homes. While a Navy ship’s energy could be transferred to an inland area, the costs involved would make the power source inefficient for areas not near the coast, Zhang said.

Zhang’s project involves developing artificial intelligence algorithms that can monitor and forecast energy consumption aboard the ship and quickly determine the amount of power the vessel has available to send to a local electricity grid at a given time.

“Electrical grids have rigorous scheduling for sending energy every day, hour and minute,” Zhang said. “You have to coordinate between the ship’s energy scheduling and the network’s scheduling. The question is how we co-optimize the scheduling of the ship’s power consumption and the rest of the power grid.” 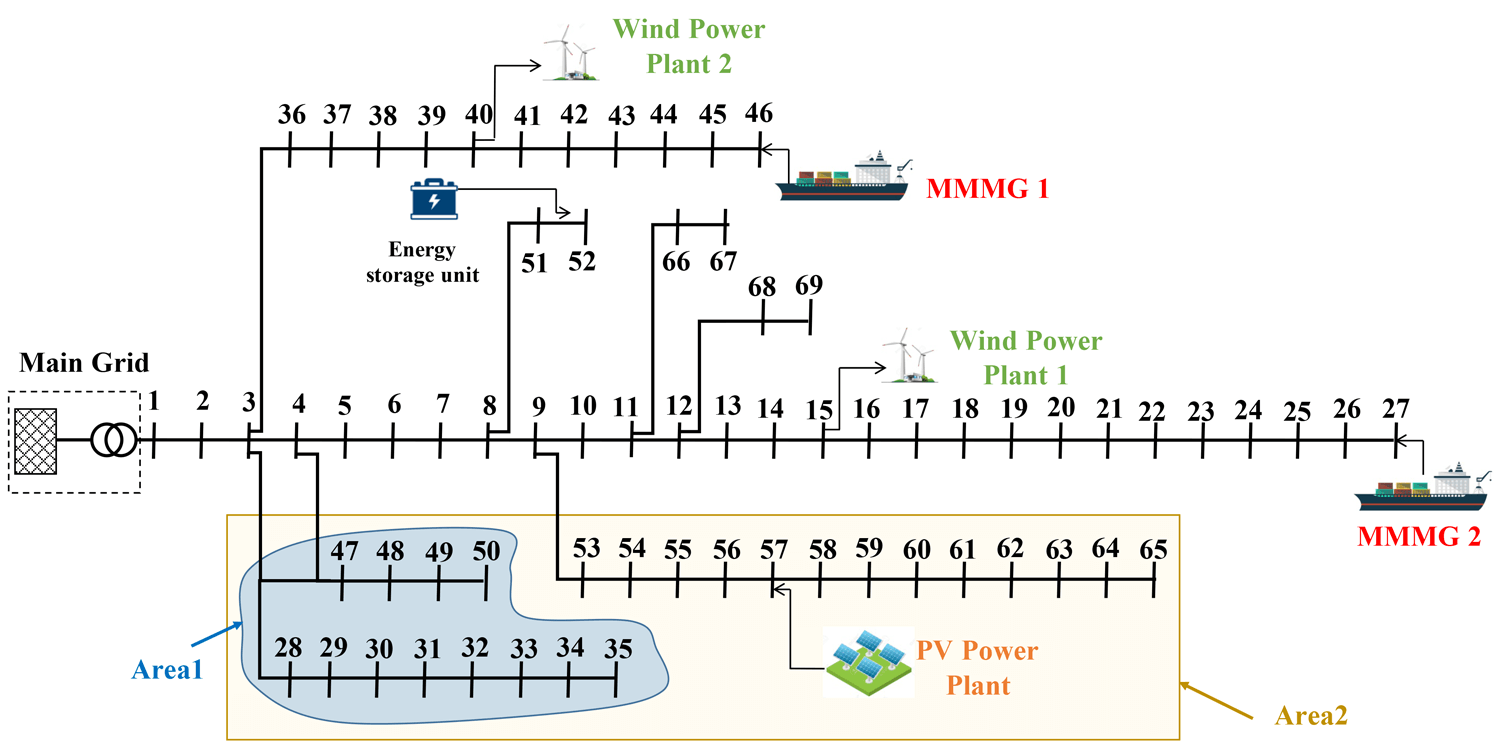 Zhang’s research group is also developing artificial intelligence systems to detect and isolate any issues, such as a broken fuse or cybersecurity attack, in the ship’s network. In addition, the team will explore the costs, benefits and risks to Navy power ships and the coastal power network. Zhang said that Navy ships potentially could generate revenue from providing electricity to the coastline distribution grid.

Zhang and UT Dallas co-authors recently published two preliminary studies in journals of the Institute of Electrical and Electronics Engineers (IEEE). A study published in July in IEEE Transactions on Industry Applications described a framework to coordinate the scheduling of distribution networks and mobile marine power sources after disasters. Zhang conducted the study with UT Dallas researchers Dr. Morteza Dabbaghjamanesh, mechanical engineering research associate, and Soroush Senemmar, electrical engineering doctoral student, along with a researcher at Missouri University of Science and Technology.

A second study by Zhang, Dabbaghjamanesh and Senemmar, published in June in IEEE Transactions on Industrial Informatics, proposed a resilient and secure configuration for coastal and mobile energy grids. 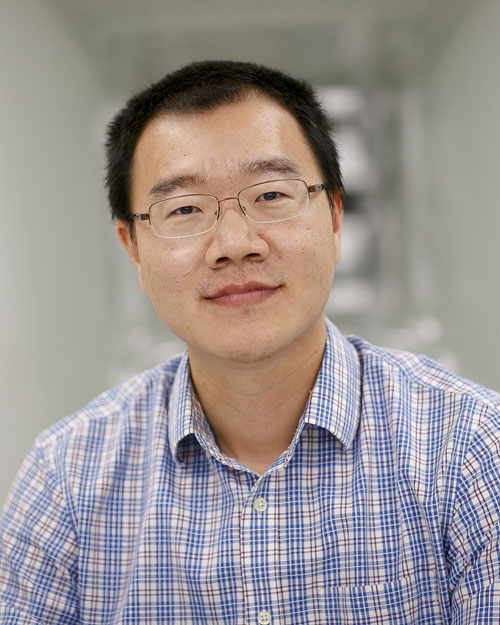 The increasing use of renewable energy sources such as wind and solar power creates new challenges for future energy systems design and optimization, and maintaining a reliable grid. For his work to help solve these issues, Dr. Jie Zhang, assistant professor of mechanical engineering in the Erik Jonsson School of Engineering and Computer Science, received the Design Automation Young Investigator Award from the American Society of Mechanical Engineers (ASME).

“Our energy system has been undergoing a dramatic transformation because of the increasing penetrations of variable renewable energy resources such as wind and solar and energy storage systems,” Zhang said. “We will face many challenges in the modeling, design and optimization of next generation energy systems.”

Zhang thanked Dr. Achille Messac, professor of mechanical engineering at Howard University, who nominated him for the award, and the research group in his lab.

“I have been involved with the ASME design automation conference since 2010, when I was a PhD student,” Zhang said. “It was a great honor to be recognized by the society with this top Young Investigator Award this year.”

The Design Automation Young Investigator Award recognizes researchers who are making noteworthy contributions in the area of design automation.