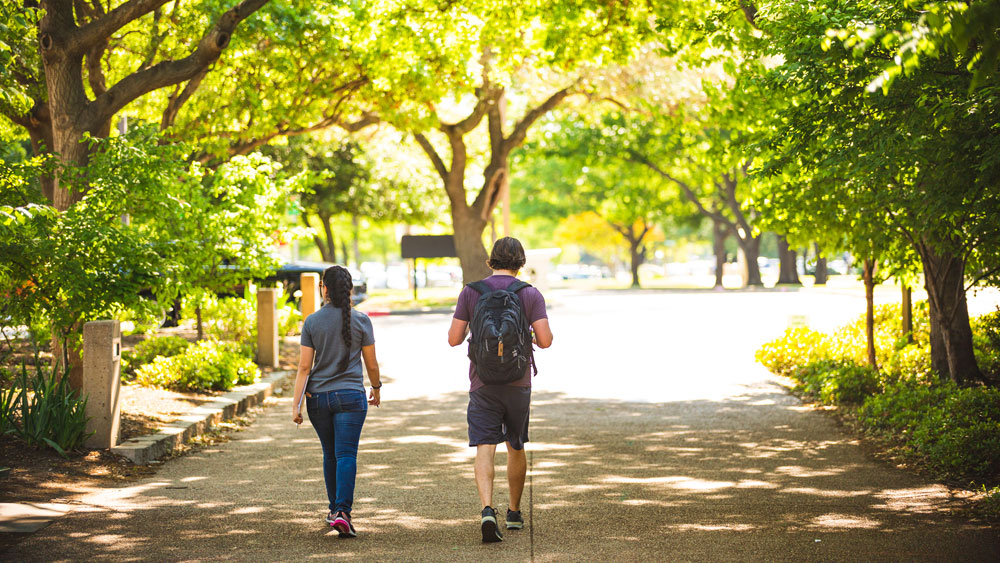 U.S. News & World Report ranks The University of Texas at Dallas as the third-best value among public schools in Texas, and in the top 30 in the nation for ethnic diversity.

The University of Texas at Dallas is among the top universities in the country overall, and highly ranked in value, ethnic diversity and low student debt, according to the 2021 U.S. News & World Report Best Colleges rankings, released Sept. 14.

Among the best public universities overall in the nation, UT Dallas rose to 65th in the rankings, up from 68th last year.

The University also jumped 12 spots in the ranking of best value for all national universities — based on factors such as ratio of quality to price and percent of need-based aid recipients awarded grants or scholarships — and is the third best value of all public schools in Texas.

In the publication’s ranking for low student debt, the University rose three spots to No. 55 in the nation. UT Dallas graduates have a median federal loan graduate debt of $18,250, about half the 2019 national average student loan debt of $35,620 as cited by Experian.

UT Dallas remains in the top 30 in the nation for ethnic diversity. This ranking factors in the percentage of minority students — excluding international students — and the overall balance of ethnic groups in an institution’s student body.

“We are proud to be recognized this year for these distinctions because they reflect our values and our work as an institution to provide a high-caliber, cost-effective education,” said Dr. Richard Benson, UT Dallas president and the Eugene McDermott Distinguished University Chair of Leadership.

“These rankings reaffirm that our students are phenomenal, and that UT Dallas continues to advance so that we attract the world’s brightest and most interesting students.”

Among the rankings for national universities — schools that offer a full range of undergraduate majors, plus master’s and doctoral programs, and seek to produce groundbreaking research — UT Dallas is No. 143 overall and third for public universities in Texas.

“We have outstanding faculty who are widely recognized for their excellence in teaching and in research,” said Provost Inga Musselman, vice president for academic affairs and the Cecil H. Green Distinguished Chair of Academic Leadership. “Thanks to the great work of our faculty, UT Dallas is nationally known for its academics and for helping our incredible students prepare to succeed in their careers.”

“These rankings reaffirm that our students are phenomenal, and that UT Dallas continues to advance so that we attract the world’s brightest and most interesting students,” said Dr. Jessica Murphy, dean of undergraduate education, professor of literature in the School of Arts and Humanities and the Mary McDermott Cook Chair for Undergraduate Education.