U.S. News & World Report has recognized The University of Texas at Dallas’ graduate school programs in audiology, speech-language pathology and accounting as among the best in the country in its most recent rankings, announced March 17. 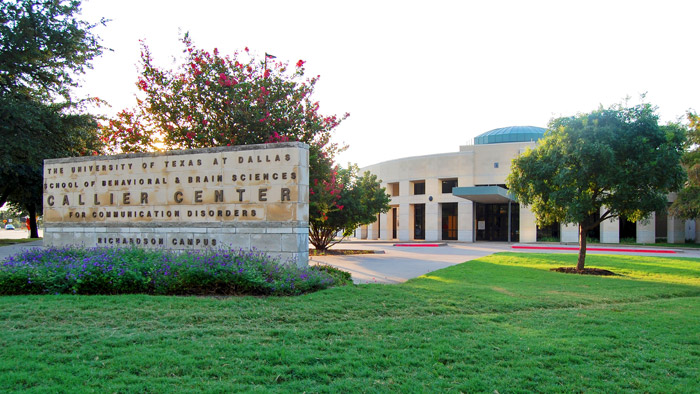 UT Dallas audiology students gain clinical and research experience at the University’s Callier Center for Communication Disorders, which has locations on the Richardson campus (shown) and in Dallas. The School of Behavioral and Brain Sciences’ Doctor of Audiology program ranks second in the country, according to U.S. News & World Report.

The audiology program in the School of Behavioral and Brain Sciences (BBS) was the highest-ranked UT Dallas program this year. It tied at No. 2 with the University of Iowa’s program and climbed two spots from the last available ranking in 2016.

Also making the top 10 was the speech-language pathology program, which moved up two places to tie at No. 10 with UT Austin.

Dr. Steven Small, dean of BBS and the Aage and Margareta Møller Distinguished Professor in Behavioral and Brain Sciences, praised the interdisciplinary collaboration between the school’s faculty and researchers in UT Dallas’ Callier Center for Communication Disorders.

“We are extremely proud of our programs in speech pathology and audiology, which put us in the national spotlight for research and education in speech, language and hearing,” Small said. “Our BBS educators and scientists are among the best in the world and benefit from their inextricable relationship to the Callier Center. The dedicated work of the leadership and faculty of these programs enables us to attract the best students in the United States.”

Dr. Colleen Le Prell, area head of communication sciences and disorders and holder of the Emilie and Phil Schepps Professorship in Hearing Science, said the faculty was grateful for the peer recognition of the quality of its clinical education programs.

“Graduates of our clinical education programs develop strong clinical thinking as well as clinical competencies through their exposure to excellent evidence-based patient care, novel service-based learning and interprofessional education opportunities, and through their significant participation in innovative research programs in the speech, language and hearing sciences,” Le Prell said. 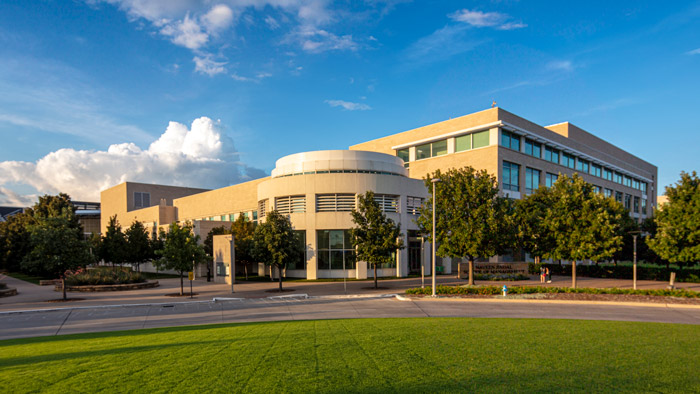 The Naveen Jindal School of Management is the second-highest ranked business school among public universities in Texas.

The Naveen Jindal School of Management also moved up in the rankings, climbing five spots to No. 33 in the list of Best Business Schools. The school placed third in Texas, behind only UT Austin and Rice University.

The Jindal School’s accounting program also jumped seven places in the ranks to No. 40. Information systems moved up one spot to No. 16, and the part-time Master of Business Administration program ranked No. 19 nationally and second among Texas public universities.

“I am so pleased with our recent jump in the U.S. News graduate school rankings. A significant part of this change came from an increase in the average salary of our full-time MBA graduates, who are now averaging a salary of $115,547,” said Dr. Hasan Pirkul, Caruth Chair and dean of the Jindal School.

Pirkul said that this salary figure has been significantly trending up in the past four years since the Jindal School implemented programming to better prepare students for the interview process, launched initiatives such as the consulting immersion program to help them target a specific industry, and engaged UT Dallas alumni in top companies who are advocating for the University’s students.

“I believe we have always had the smartest, most-driven MBA students. Our average salary would indicate that the companies hiring our students agree,” Pirkul said.

The Erik Jonsson School of Engineering and Computer Science also made the grade, moving up two places to No. 62 in the list of Best Engineering Schools. Statewide, it trailed only UT Austin and Texas A&M University.

Each year, U.S. News & World Report ranks professional school programs in business, education, engineering, law, medicine and nursing. The rankings are based on expert opinions about program excellence as well as statistical indicators that measure the quality of a school’s faculty, research and students. The data come from statistical surveys conducted in fall 2019 and early 2020 that are sent to more than 2,000 graduate programs and from reputation surveys sent to more than 24,000 academics and professionals in the disciplines. U.S. News periodically ranks programs in science, social sciences and humanities, and health. This year, public affairs programs were evaluated.

The School of Economic, Political and Policy Sciences (EPPS) also made the list for its public affairs program, at No. 58. The school’s local government management program, a new ranking for Master of Public Affairs programs, tied at No. 19.

Dr. Jennifer Holmes, dean of EPPS, said the certificate in local government management is for local government professionals and for Master of Public Affairs students who want to broaden their knowledge of issues and approaches used by public administrators.

“Local governments in the U.S. play an important role in our democratic system. They serve as the breeding grounds for innovation and creativity and provide citizens with the most direct contact with elected and appointed officials,” Holmes said. “This is a popular program among our students who are currently working or would like to work for a local government in the future.”

UT Dallas has been recognized by Business First as one of the top public universities in the nation.

UT Dallas ranked 41st out of 485 public colleges and universities nationwide, ahead of institutions such as Iowa State University and the University of Colorado Boulder. UT Dallas is No. 3 in Texas behind UT Austin (7th) and Texas A&M (33rd).

Business First assessed the colleges and universities using the latest data from the National Center for Education Statistics and the U.S. Census Bureau’s 2018 American Community Survey.