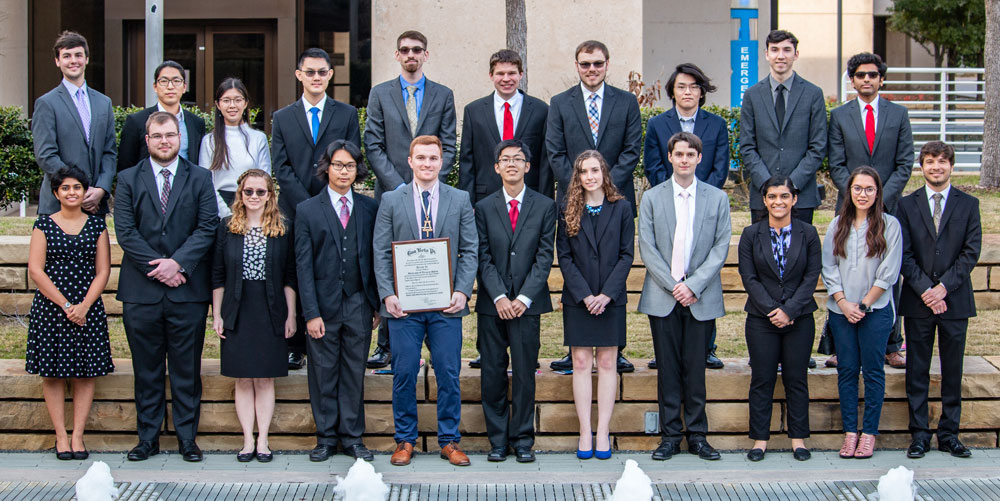 Top UT Dallas students from all engineering disciplines were initiated into Texas Xi, the University’s new chapter of the engineering honor society Tau Beta Pi, at a Feb. 15 ceremony.

The University of Texas at Dallas has launched a chapter of the national engineering honor society Tau Beta Pi, opening new scholarship, networking and professional development opportunities to top students from all engineering disciplines.

The Tau Beta Pi Association inducted 41 individuals into the new chapter, Texas Xi, at a Feb. 15 ceremony on campus. The inductees were 24 students, 16 alumni and one eminent engineer, Dr. Poras Balsara, associate dean for academic affairs and professor of electrical and computer engineering in the Erik Jonsson School of Engineering and Computer Science.

The national organization granted the new chapter at its 114th annual convention in October. 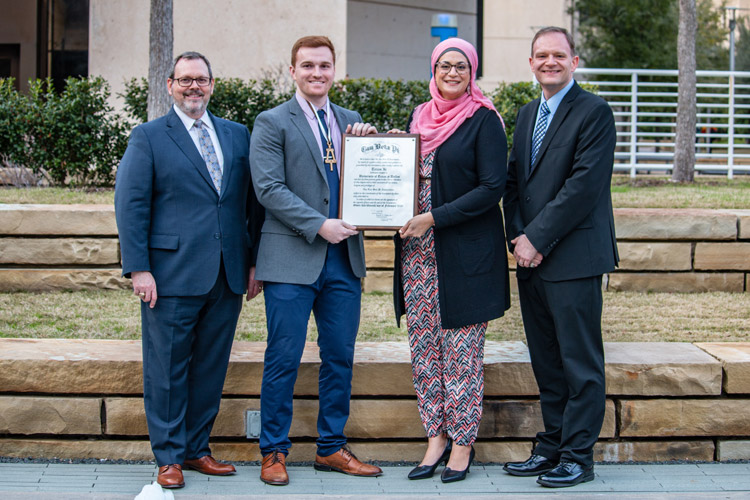 “Getting a TBP chapter on campus means a lot to me because it gives me the opportunity to interact with my peers, and the University is able to recognize other students with exemplary character and scholastic success,” Saul said. “I joined Tau Beta Pi to connect with other students who have similar interests and high achievements.”

Texas Xi membership, which is by invitation only, is limited to students who are in the top eighth of the junior class and the top fifth of the senior class. Benefits include fellowships, scholarships, networking opportunities, access to Tau Beta Pi’s job board and professional development sessions.

Tau Beta Pi is the only engineering honor society representing the entire engineering profession. It is also the nation’s second-oldest honor society and was founded to acknowledge distinguished scholarship and exemplary character. There are chapters at 249 U.S. colleges and universities.

“With the establishment of this chapter, UT Dallas joins an organization that dates back to 1885 and includes more than 606,000 members. Now, we can offer UT Dallas students an opportunity to be part of this organization and tradition.”

“With the establishment of this chapter, UT Dallas joins an organization that dates back to 1885 and includes more than 606,000 members,” Hart said. “Now, we can offer UT Dallas students an opportunity to be part of this organization and tradition.”

“Serving as the installation officer, I met students whose achievements and dedication to the field of engineering will positively contribute to our profession,” Youssef said. “In turn, Tau Beta Pi is committed to providing professional development skills, fellowships, scholarships and grants to aid these students in attaining their future successes.”

As a new Tau Beta Pi chapter, UT Dallas is planning the installation of the organization’s official symbol, the Bent Monument, a watch key in the shape of the bent of a trestle, the load-bearing part of a bridge. 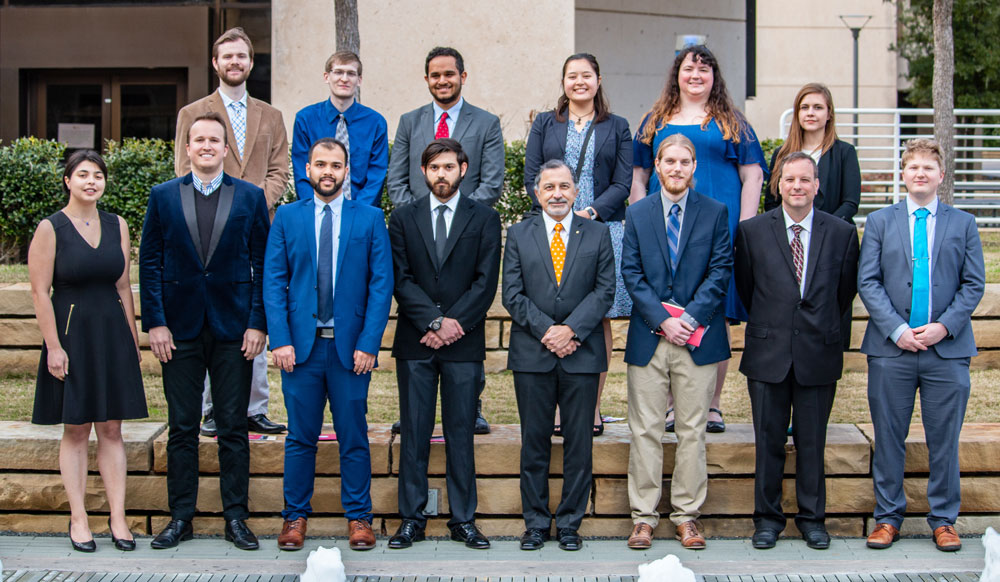