Audiences expect to be asked to turn off their cellphones. 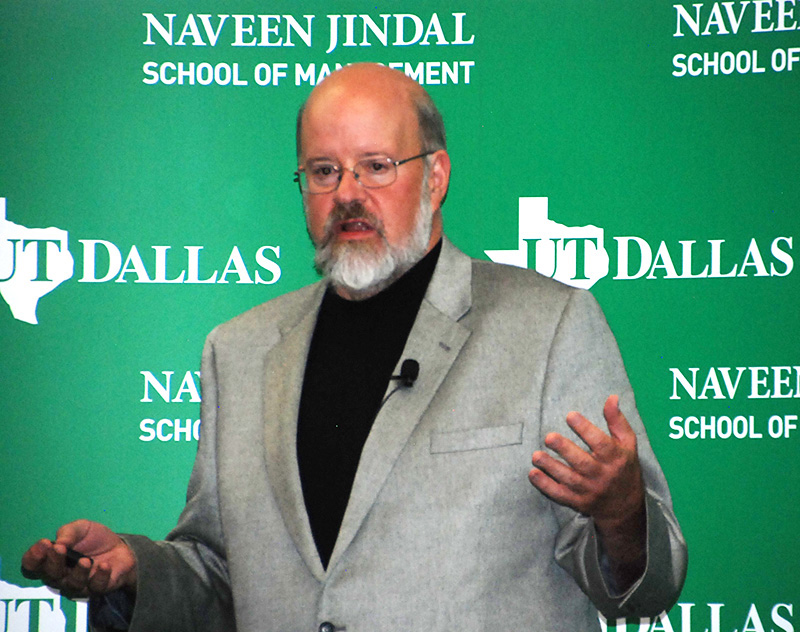 Terry Jones was the keynote speaker at the 11th annual Corporate Governance Conference.

But Terry Jones, founder and former CEO of Travelocity.com, encouraged attendees to turn theirs on at the 11th annual Corporate Governance Conference at the Naveen Jindal School of Management (JSOM).

Jones, keynote speaker at the Institute for Excellence in Corporate Governance event, asked the group of executives and directors to download his mobile app, which allowed users to respond to a survey. The results appeared on a screen within seconds.

The exercise summed up Jones’ point about the need for corporations to embrace innovation.

“Change is inevitable.  Growth is optional.”

Jones’ keynote address was part of the Max Hopper Speaker Series. Hopper, a longtime chief information officer of AMR (the parent company of American Airlines) and former chairman of the JSOM Advisory Council, was known for his groundbreaking work to develop the computerized airline reservation system SABRE. He died unexpectedly in 2010.

Jones told the audience that Hopper was a longtime mentor who taught him about creating a corporate culture that welcomes innovation. One thing that Jones said is essential is to “kill the project, not the person” if an idea doesn’t work.

He said it also means eliminating the “bozone layer” that stops good ideas from reaching the top, which involves rewarding managers who share their employees’ ideas. It also means listening closely to customers and using your own product.

“The world is moving so fast, don’t be taken in by the ‘dopeler effect,’” said Jones, which he described as a “tendency of stupid ideas to sound smarter if they come to you rapidly.” 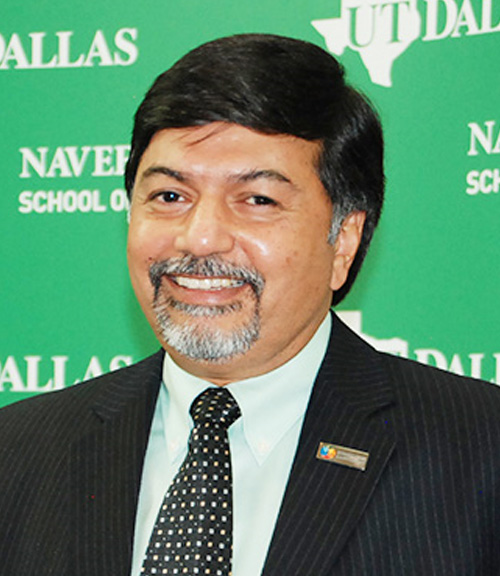 Raj Sisodia, co-author of the best-selling book Conscious Capitalism, was a featured speaker at the conference.

“When you work for that entity, your responsibility is the triumph and flourishment of that entity,” Sisodia said. “That includes shareholders, of course, but it cannot exclude customers, employees, communities and the environment. It simply cannot. So that’s our duty; we have to get involved in the purpose of the business.”

Also at the event, Ray Hemmig, a member of the UT Dallas Development Board and the JSOM Advisory Council, led a tribute at the conference to Dr. Constantine Konstans, the institute’s founding director, who died in May. JSOM is accepting donations for a Constantine Konstans Professorship in Accounting and Governance, which Hemmig established.