UT Dallas launches a lecture series Thursday that will explore the rich relationship between the U.S. and the nations beyond its southern border. 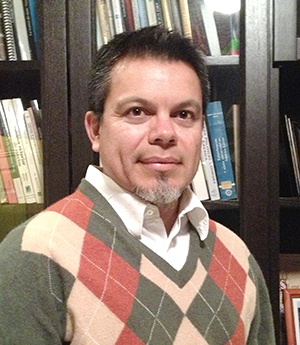 “The mission of the Center for U.S.-Latin America Initiatives is to enhance the academic relationship and understanding between UT Dallas students and faculty with their Latin American counterparts, using an interdisciplinary approach to support the University’s mission in producing engaged graduates who are prepared for life and leadership in a constantly changing world,” said Dr. Hobson Wildenthal, the University's provost and executive vice president.

“The lecture series is meant to expand the academic conversation between U.S. and Latin America with an interdisciplinary and applied approach, recognizing the presence and cooperation of UT Dallas with Latin America in such countries as Mexico, Brazil, Costa Rica, Colombia, Peru, Chile, Argentina and Uruguay,” said Dr. Rodolfo Hernandez, director of CUSLAI.

The goal of the lecture series is to provide a forum for scholars to exchange ideas and creativity in order to strengthen existing UT Dallas bi-national agendas such as literature, culture, materials science and nanotechnology, while sharing knowledge with the Metroplex community.

For details on each lecture, visit the CUSLAI website.

The series is co-sponsored by the School of Arts and Humanities, the School of Economic, Political, and Policy Science, the Naveen Jindal School of Management, the Erik Jonsson School of Engineering and Computer Science, the Consulate General of Mexico in Dallas, the Senate of Mexico, and the University of San Andres, Argentina.