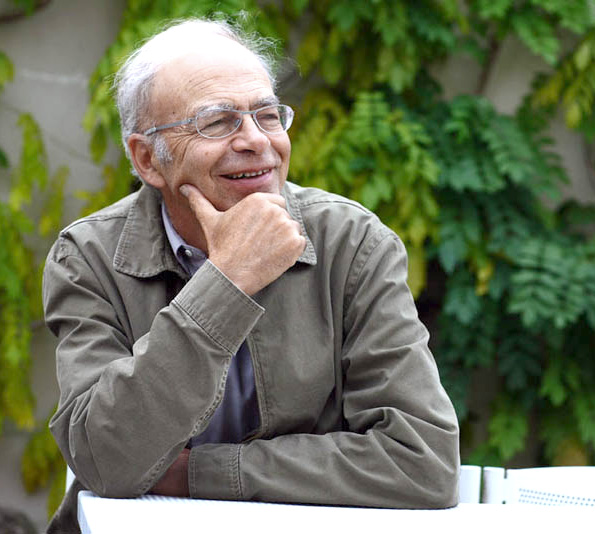 The Center for Values in Medicine, Science and Technology will launch its fifth annual lecture series by examining a topic that is central to everyone’s life: food.

The 2013-14 series – Food For Thought: What Should We Eat? – will explore the issues of ethics and values that arise in the fields of consumption and production of food.

“This topic brings a variety of scientific, ethical, and philosophical questions to the table,” said Dr. Matthew Brown, director of the Center for Values. “Where does food come from? What impact does the large-scale, technologically sophisticated system of industrial agriculture have on our food, our bodies and our environment? What does it mean to eat well? Can science make better food or better eaters?”

The first lecturer in the series will be Dr. Peter Singer, who is the Ira W. DeCamp Professor of Bioethics at Princeton University. Singer’s talk is titled “The Ethics of What We Eat,” and will take place at 7:30 p.m. Thursday in the Jonsson Performance Hall. The talk is free and open to the public.

In 2005, Time magazine named Singer one of the 100 most influential people in the world, and in 2012, he was made a Companion of the Order of Australia, that nation’s highest civic honor. He became widely recognized internationally after the publication of Animal Liberation in 1975. The book is regarded as an important text on animal ethics. Since then, Singer has written and edited many books on ethical issues related to animals, eating, poverty and bioethics.

“This topic brings a variety of scientific, ethical, and philosophical questions to the table.”

Dr. Matthew Brown,
director of the Center for Values

The cornerstone of the Center for Values’ outreach is a free public lecture series that brings in scholars to investigate topics at the intersection of technology and the humanities. In a cross-disciplinary approach to fostering public intellectualism, an international group of authors, artists, scientists, philosophers, theorists and engineers engage a diverse audience in thinking about issues such as Creativity in the Age of Technology (2009), Exploring Human Enhancement (2010), Funded and Forbidden Knowledge: Science, Politics and Cultural Values (2011) and The Heart of Medicine: Ethics and Values in the Science and Practice of Medicine (2012).

More information about the lecture series can be found on the center’s website.

All lectures and the center's conference will be held at Jonsson Performance Hall.