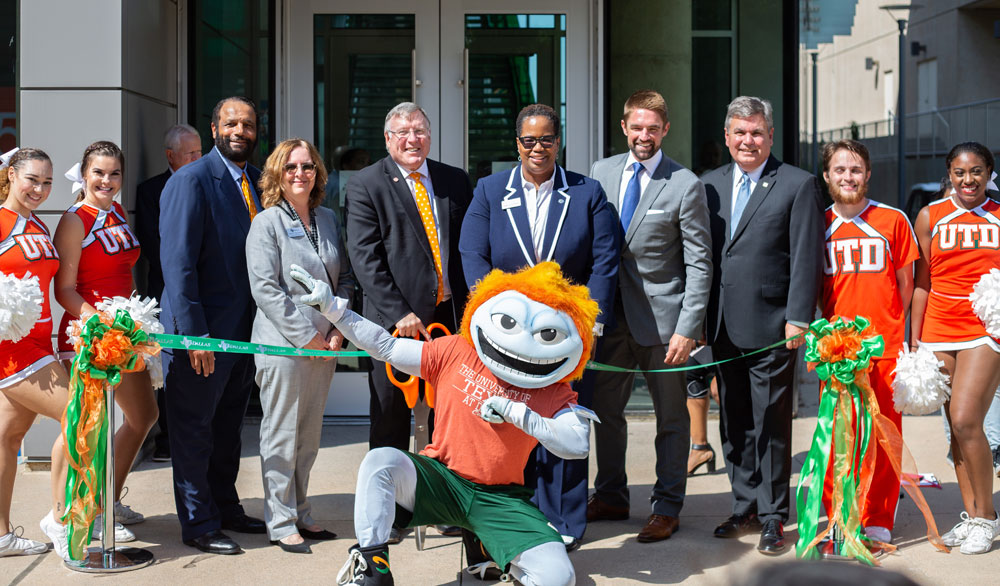 As The University of Texas at Dallas celebrates its first 50 years, officials recently dedicated the campus’ newest addition: a glass-exterior, award-winning facility designed to meet the needs of a fast-growing student population.

The Engineering and Computer Science West building, the new home of the Department of Mechanical Engineering, is a LEED (Leadership in Energy and Environmental Design) Gold-certified, four-story, 200,000-square-foot facility featuring classrooms, offices, research and teaching labs and student workspaces. Its 300-seat auditorium was named in honor of Dr. Alexander Clark, a former vice president for academic affairs and one-time acting president of the University.

This year, the building received a 2019 Lab of the Year Award-Special Mention for Engineering Labs from R&D Magazine and was recognized as among the best in American architecture by the Chicago Athenaeum Museum of Architecture and Design.

The Erik Jonsson School of Engineering and Computer Science’s third building accommodates an enrollment of over 8,400 students that has more than doubled since 2008. Designed for hands-on learning, all of the building’s mechanical, electrical, plumbing and technology systems are exposed and color-coded to identify ductwork and piping. Metering devices on mechanical systems gather and display performance data to provide research opportunities.

At the dedication, University and local elected officials spoke about the importance of the building, and visitors toured the facility. 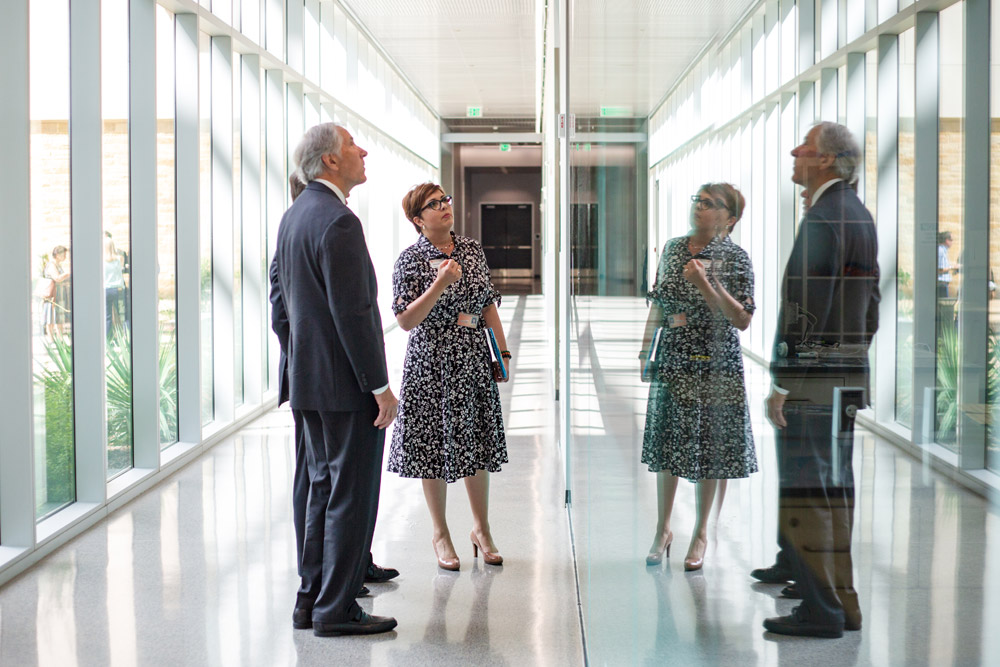 John M. Stich, honorary consul general of Japan in Dallas, took a guided tour of the new Engineering and Computer Science West building with Diana Aguirre, director of development and alumni relations for the Jonsson School.