In recognition of their work, two translators received awards at the annual American Literary Translators Association (ALTA) conference this week in Bloomington, Ind.

ALTA was founded at UT Dallas and is housed in the University's Center for Translation Studies. 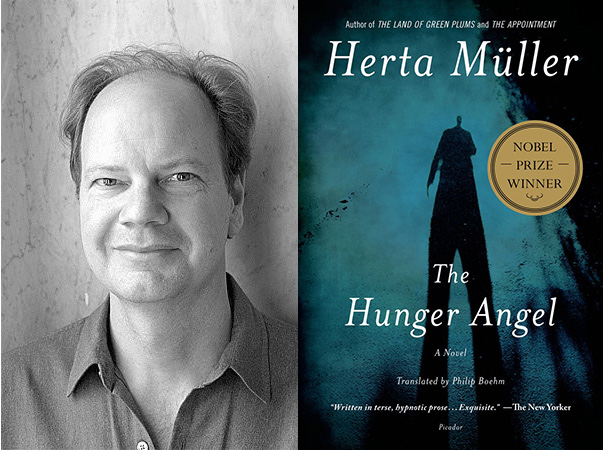 Philip Boehm won the 2013 National Translation Award for his translation of the German novel The Hunger Angel by Herta Müller. The $5,000 prize is given annually to a translator whose work, by virtue of its quality and significance, has made the most valuable contribution to literary translation.

The 2013 Lucien Stryk Prize went to Lucas Klein for his translation of the Chinese poetry collection Notes on the Mosquito by Xi Chuan. The $5,000 prize, which was established by an anonymous donor, recognizes the best book-length translation into English of Asian poetry or of source texts from Zen Buddhism.

Boehm is the author of numerous translations from Polish and German, including works by Franz Kafka, Ida Fink, and Christoph Hein. Based in St. Louis, he is also a playwright and theater director. His original works include Mixtitlan and Soul of a Clone.

In 2004, Boehm received a PEN/Heim Translation Fund Grant for his translation of Christoph Hein’s Landnahme. An excerpt from his work was printed in PEN America Issue 6: Metamorphoses. Boehm also received the 2006 Schlegel-Tieck Prize for his translation of A Woman in Berlin, an anonymous German woman’s war diary of living through the Russian occupation of Berlin.

Elizabeth Lowe, vice president of ALTA and professor in the School of Literatures, Cultures and Linguistics at The University of Illinois at Urbana-Champaign, said the translation of Nobel Laureate Herta Müller deserved the National Translation Award not only for the high quality of the translation from the German but also for the translator’s afterword that describes the linguistic challenges of the text.

“The translation is extremely skillful. The translator manipulates the many layers of the text, playing with words that suggest multiple meanings,” Lowe said. 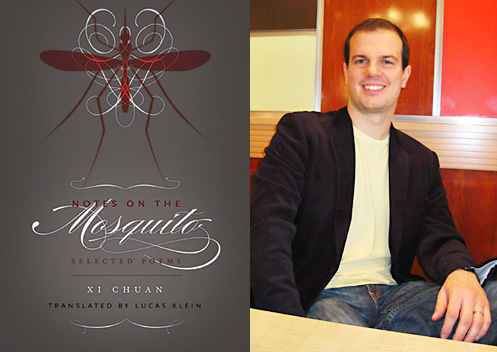 The 2013 Lucien Stryk Prize went to Lucas Klein for his translation of Notes on the Mosquito by Xi Chuan.

Klein is a writer, translator and editor of CipherJournal.com. His translations, poems, essays and articles have appeared in such publications as Two Lines, Drunken Boat, Jacket, Rain Taxi and PMLA. A graduate of Middlebury College and Yale University, he is assistant professor in the School of Chinese at the University of Hong Kong. He is currently translating Tang dynasty poet Li Shangyin and contemporary poet Mang Ke.

“Klein's volume is the most deserving of the prize by virtue of the quality of many of the translations and the caliber of the poems they represent,” said the Stryk Prize committee. “Judging from this collection, Xi Chuan is clearly a major poetic voice whose formal versatility and relentlessly unswerving insights into the often grim but fascinating here and now of China’s comédie humaine represent a significant contribution to Chinese letters and are well-deserving of a Western readership.”

ALTA was co-founded in 1978 by UT Dallas professor of Arts and Humanities Rainer Schulte, who holds the Katherine R. Cecil Professorship in Foreign Languages; and A. Leslie Willson. The association was established to bridge cultural communication and understanding among countries and languages through the art and craft of literary translation.