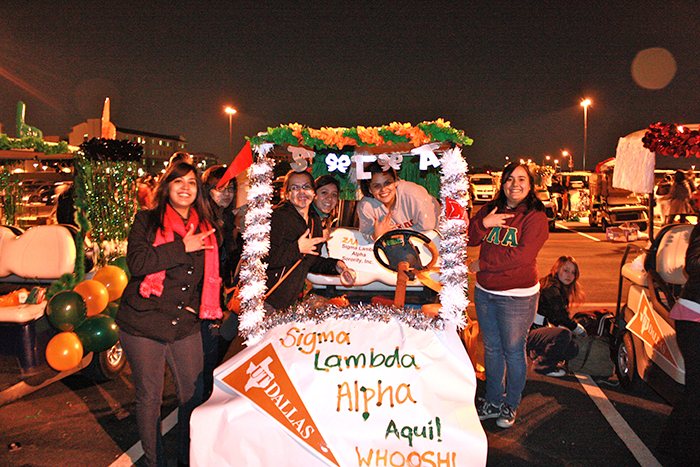 Up All Night Float Building: Float decorators will be hard at work beginning at 9:30 p.m. Thursday and ending at 2 a.m. Friday at Lot A. The Homecoming Parade starts at noon Friday on Rutford Avenue.

UT Dallas students are pulling out all the stops to show off their Comet spirit during Homecoming 2013, Wednesday through Saturday.

With the campus decked out in orange and green, organizers will roll out four days of activities that include a parade and picnic, cardboard boat races, Spirit Rally, coronation dance and men’s and women’s basketball games.

“Homecoming gives the entire campus community a sense of pride and belonging,” said Kecia Baker, assistant dean of students. “We want to create this experience for our students who have the spirit. But it’s the alumni who come back that bring the pride.”

There will be plenty of Comet swag on hand, from Thermos containers sporting a UT Dallas logo to multipurpose Comet scarves to a Spirit fashion show with apparel donated by the campus bookstore.

Homecoming kickoff will begin at noon Wednesday  in the Student Union and will include hot dogs and veggie burgers, orange and green punch and Comet-decorated cookies.

More than 200 students and alumni have registered online to run a 5K run that evening and will sport glow-in-the-dark gear for the race.

The UT Dallas Power Dancers and Cheerleaders, joined by the UT Dallas Pep Band, will rev up the crowd at the Thursday evening Spirit Rally, followed by a Powder Puff football game featuring two female teams and male cheerleaders.

About 49 groups have registered to have a float in the Homecoming Parade, which begins at noon Friday along Rutford Avenue. The custom-designed floats will be prepared on Lot A during an all-night decorating event Thursday.

The always popular Cardboard Boat Regatta at 6 p.m. Friday in the Activity Center Pool will feature homemade boats made of only duct tape and cardboard. 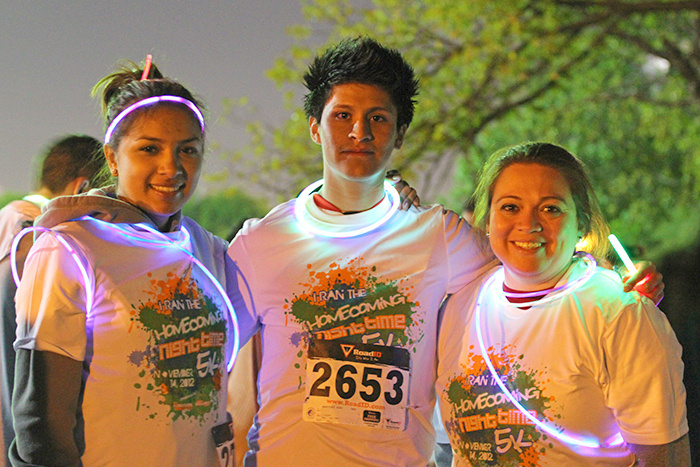 Night Time 5K: Runners decked out in glow sticks will race around campus Wednesday night. Race organizers also are asking runners to donate food for the Comet Cupboard. Bring two items on this list to the race to be entered into a prize raffle.

Zain Gaziani, last year’s homecoming king and director of the 2013 homecoming committee, said he is looking forward to an expanded tailgate party before the Saturday afternoon basketball games, complete with a “best burger” grilling competition.

“Homecoming has always been special to me at UT Dallas,” said Gaziani, a senior in interdisciplinary studies. “The campus community really comes along. Everyone’s adjusted to the semester by now, and they really come out for it.”

The 2013 Homecoming dance on Saturday is called “Club Constellation: Zodiac Edition.” Homecoming royalty winners will be announced and there will be a casino. Prizes will be electronics-themed.

“UT Dallas’ Homecoming welcomes alumni home to campus to celebrate the past, present and future with their families, and gives them the opportunity to reconnect with old friends and forge new connections,” said Melinda Ellis, director of Alumni Relations.

For a schedule of events, visit the UT Dallas Homecoming website.