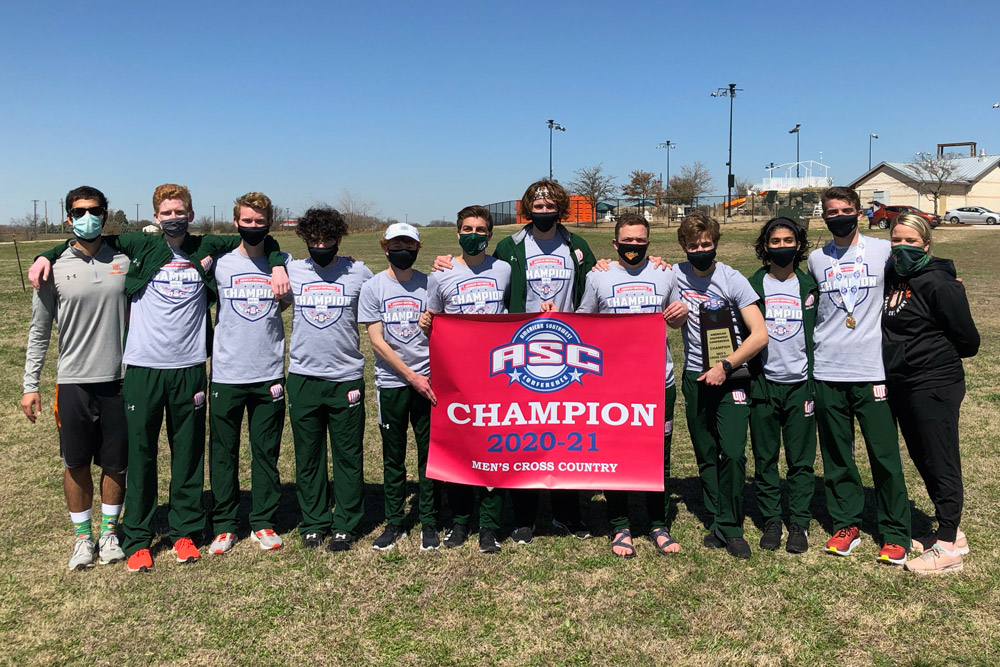 UT Dallas, led by Trent Sakakini, placed four runners in the top 10 to finish 21 points ahead of runner-up LeTourneau University.

Sakakini placed second in the 8-kilometer race with a time of 26:23.7. Graeme Maclean was fifth, and Griffin Davis finished seventh, giving the Comets three first-team All-ASC selections for the first time in program history. Maclean also was named the ASC’s Freshman of the Year. Andres Uriegas placed 10th and earned a spot on the All-ASC’s second team. Jack Newton was recognized as the ASC’s Sportsmanship Athlete of the Year.

Learn about spectator policies for the spring semester, and follow all the UT Dallas teams on the Comet Sports website.

The UT Dallas women’s basketball team, ranked No. 8 in the country by D3hoops.com, opened its ASC championship tournament on Wednesday with a 62-55 quarterfinal win over LeTourneau at the Activity Center.

The Comets (14-3, 9-2 ASC), who have won six straight games, will play the University of Mary Hardin-Baylor in the semifinals on Sunday at Sul Ross State University in Alpine, Texas. Tip-off is at 5:30 p.m.

The men’s basketball team (9-5, 7-4 ASC), which clinched its 18th straight postseason berth with a 87-79 win over Hardin-Simmons on Saturday, lost to Louisiana College 79-72 on Wednesday in the quarterfinals of its ASC tournament.