As Graduates Prepare for Ceremonies, Many Have Already Secured Jobs in Their Fields
Ceremonies for about 2,200 UT Dallas Students Set for Friday and Saturday 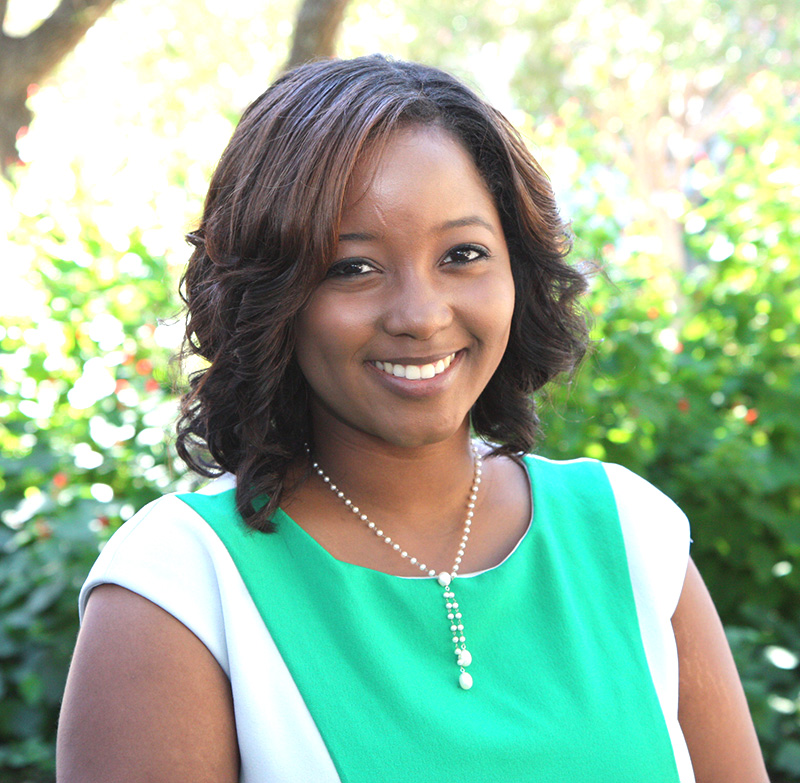 When electrical engineering senior Chelsea Swan graduates in December, she will leave UT Dallas with a job already lined up, and one that fulfills a childhood dream, no less.

Swan, a self-described “bit of a nerd,” predicted her career in sixth grade, when she got her first Texas Instruments calculator and promptly told her mother, “I want to work for this company.”

Now, with four internships on her resume and a college degree almost in hand, Swan will begin her engineering job at Texas Instruments in January.

Swan is not unusual among her fellow fall graduates in her quick turn from commencement to employment. Most recent UT Dallas graduates are bypassing the challenge of a months-long job search through networking and investment in internships.

The University Career Center's surveys show that about 84 percent of UT Dallas graduates are either employed or continuing their education shortly after graduation. Employers often seek out UT Dallas graduates in high-demand fields such as engineering, computer science and management.

As the University’s student enrollment surges upward – fall commencement numbers of 2,197 show an increase of 15 percent over a year ago and 32 percent since fall 2009 – UT Dallas graduates continue to maintain their edge in the job market.

The key to a smooth transition to the marketplace, say these graduates, is getting as much direct experience in their chosen fields as possible before leaving campus.

Consider that four of the five student commencement speakers this December have already accepted jobs; the fifth is entering medical school. They are:

Swan, who was born in Bermuda, raised in Dallas and attended high school in Oak Cliff, said the Academic Bridge Program at UT Dallas offered mentoring and tutoring that helped her adjust to university life.

Selected to be a Terry Scholar, Swan also accepted campus leadership roles: vice president and president of the Alpha Kappa Alpha sorority, senator for the National Society of Black Engineers and Terry Foundation Scholar secretary. She volunteered with robotics engineering camps and was a peer advisor.

In her “spare” time, Swan took on internships at Alcatel-Lucent, AT&T, Texas Instruments and Ericsson, which gave her experience as a technical writer and software engineer. She is looking forward to her new role at Texas Instruments. 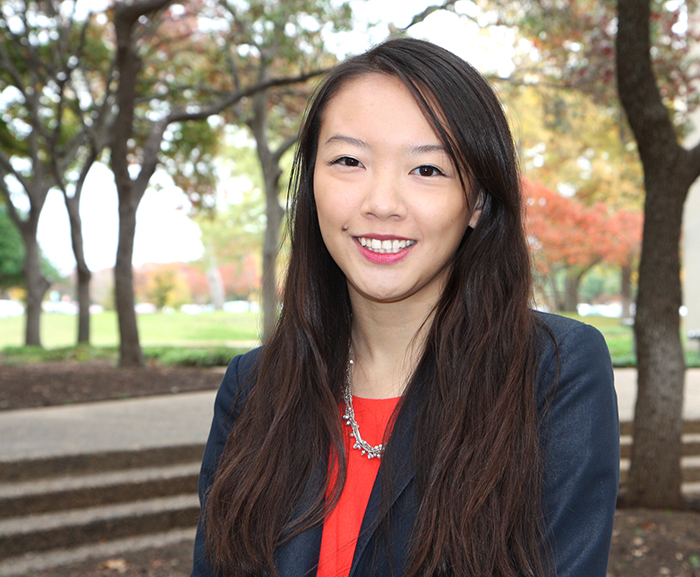 “UT Dallas provided all the resources I needed,” Swan said. “In my freshman year, I was scared of networking. I thought my grades should count for everything. But you can tell a lot about a person in a five-minute interview. I tell students they need to bump up their confidence and be proud of what they do know.”

Fellow graduate-to-be Jennifer Chen, a marketing and global business senior, signed on with the Howard Hughes Corporation before receiving her diploma.

Chen said she had originally planned to spend only her freshman year at UT Dallas, near her home in Plano, before transferring to UT Austin. But she opted to stay after becoming a sorority officer for Delta Delta Delta and an advisory council member for the Davidson Management Honors Program.

“I wanted to make the most of it for a year and ended up loving all of it. Organizations at UT Dallas weren’t afraid to put freshmen in leadership positions. By the end of my freshman year, there was no way I was leaving.”

“I wanted to make the most of it for a year and ended up loving all of it. Organizations at UT Dallas weren’t afraid to put freshmen in leadership positions. By the end of my freshman year, there was no way I was leaving,” Chen said.

The small cohort classes in the honors program gave her access to top faculty members and networking opportunities, Chen said. She also took advantage of professional development seminars where she learned to pitch her experience and skills. As president of her sorority her senior year, she gained more leadership experience.

Her hard work and networking has paid off. Chen was accepted for a marketing internship in June 2012 at the Howard Hughes Corp., which owns, manages and develops commercial and residential real estate throughout the country. She later worked there part-time while she completed her degree and now looks forward to a permanent job as a marketing coordinator.

“I’m very grateful that I don’t have to go through interviews now,” Chen said. “They created a position for me, which speaks to how employers are investing in internships now. You can’t learn it unless you do it.”

Updated Information for Graduation and Weather

All events will be in the UT Dallas Activity Center, unless otherwise noted.

School of Behavioral and Brain SciencesSchool of Arts and Humanities

School of Economic, Political and Policy SciencesSchool of Interdisciplinary StudiesSchool of Natural Sciences and Mathematics

Parking will be available in Lot J, which is closest to the University Activity Center, where ceremonies will be held. Parking for those with disabilities is available there. Lots H, I, M, U, C, and D will be used for overflow parking, and shuttles will be operating. It is recommended that faculty and staff assisting with graduation use Parking Structure I. Guests are advised to arrive early. View the commencement parking map.

After this week's graduation ceremonies, the University will have conferred more than 90,500 degrees during its 44-year history.

Among those expected to receive degrees are 1,139 graduate students and PhD candidates and 1,058 undergraduates.