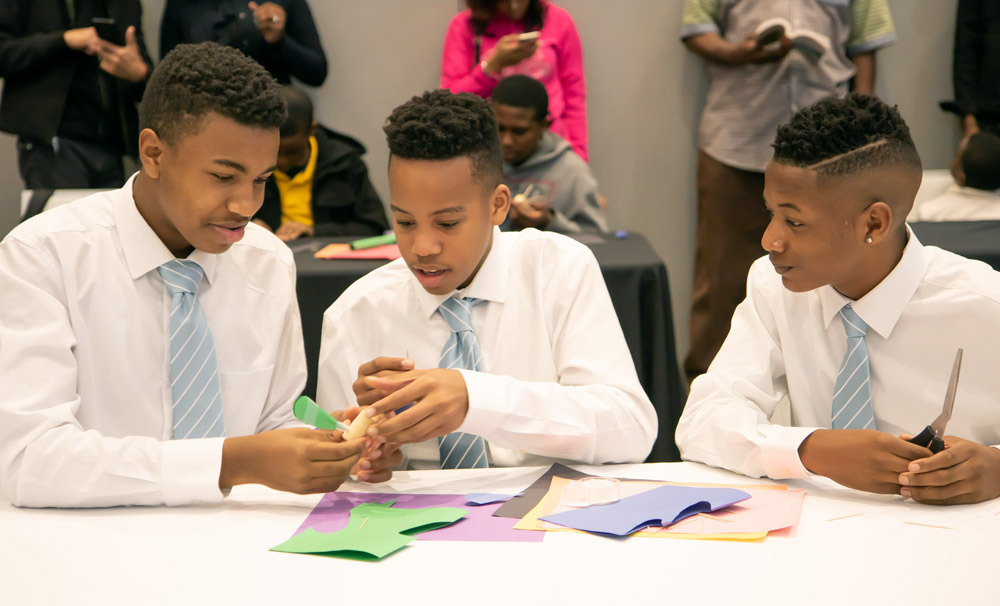 Members of a team from Scoggins Middle School in McKinney raced against the clock to build a wind turbine as part of the engineering challenge at the African American Male Academic Bowl at UT Dallas. From left are Jordan Artis, Christian Gibson and Darquis Moore. Another team from Scoggins took the event’s top prize.

The African American Male Academic Bowl began 10 years ago as a dream.

David Robinson Jr., the event’s co-founder and assistant director of community engagement at The University of Texas at Dallas, wanted to develop a program to help curb disproportionately high dropout rates among young African-American men in high school.

Robinson, who worked for the Dallas County Community College District (DCCCD) at the time, worked with the UT Dallas Office of Diversity and Community Engagement and the Dallas nonprofit organization Project Still I Rise to create the competition that aims to inspire boys in sixth through eighth grade to excel in school.

“David is the dreamer,” Arthur Gregg, assistant vice president for multicultural affairs and director of the UT Dallas Multicultural Center and event co-founder, told more than 300 gathered at the Davidson-Gundy Alumni Center last month for the 2019 academic bowl. “We had no money; we had no place; and we had no participants, but we had this vision.” 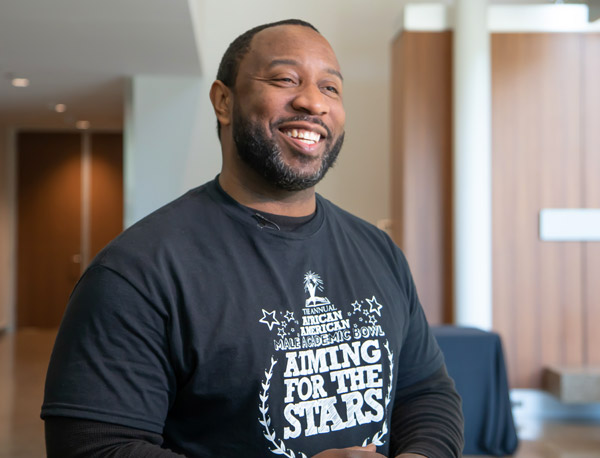 Robinson, Gregg and Kevin Mondy of Project Still I Rise kicked off the first quiz-show-style competition in Dallas with 20 teams of middle school students.

This year, a record 44 teams from throughout North Texas competed in the bowl, which moved from DCCCD to UT Dallas seven years ago. The event has expanded to include engineering design and MathCounts challenges, a virtual reality fair, an F-35 simulator replica from Lockheed Martin and campus tours. Partners include Project Still I Rise, the Lockheed Martin chapter of the National Society of Black Engineers, the Richardson Area Alliance of Black School Educators and Texas Sen. Royce West.

At this year’s competition, 140 student scholars received a champion’s welcome. The opening ceremony featured the UT Dallas Cheerleaders and Power Dancers, a performance by the Skyline High School band from Dallas and encouragement from speakers, including West, a supporter since the beginning; and Richardson Mayor Paul Voelker.

James Bird Guess, a motivational speaker and author who spoke at the first academic bowl, returned to address participants a decade later.

“It’s good to see how the African American Male Academic Bowl has grown from a seed to a full tree,” he said.

Dr. George Fair, vice president for diversity and community engagement and dean of the School of Interdisciplinary Studies, thanked students for participating and emphasized the importance of continuing their educations.

“Each of you has a bright future ahead of you,” he said. “I encourage you to stay involved in these types of activities and competitions and do your best each and every day in school so that you can succeed in college here at UT Dallas or whatever university or college is best for you.”

“David is the dreamer. We had no money; we had no place; and we had no participants, but we had this vision.”

Many of the participants said they planned to take that advice.

“I want to be a football player, but that’s not going to happen, so my backup plan is either being a radiologist, a neurosurgeon or a lawyer,” said Javin Odom, a Frisco student from Stafford Middle School who participated.

UT Dallas mechanical engineering senior DeMarcus Lott, who volunteered at the event as a campus tour guide, said it was good to see students gain exposure to new opportunities.

“I see a lot of myself in a lot of kids here. It’s fun to be able to interact with them and ensure they get the proper challenge they need academically as well as help developing their analytical skills,” he said.

This year, students from Scoggins Middle School in the Frisco Independent School District took the top prize, winning a large trophy and a laptop computer for each of the three teammates. Frisco ISD schools also placed second and third at the event.

Over the years, more than 1,000 middle school students have participated in the academic bowl, with many of the early participants now attending college. Gregg, the opening event’s master of ceremonies, told the crowd that the growth and success of the academic bowl over time shows that “all visions are possible.”

“What you can conceive is possible,” Gregg told the students. “It’s possible when you have people who surround you who share and support your vision. I don’t think that 10 years ago we would have thought we’d be here in this room, that we would have the great Skyline High School band and senators and mayors and vice presidents and all these parents and volunteers we have today.” 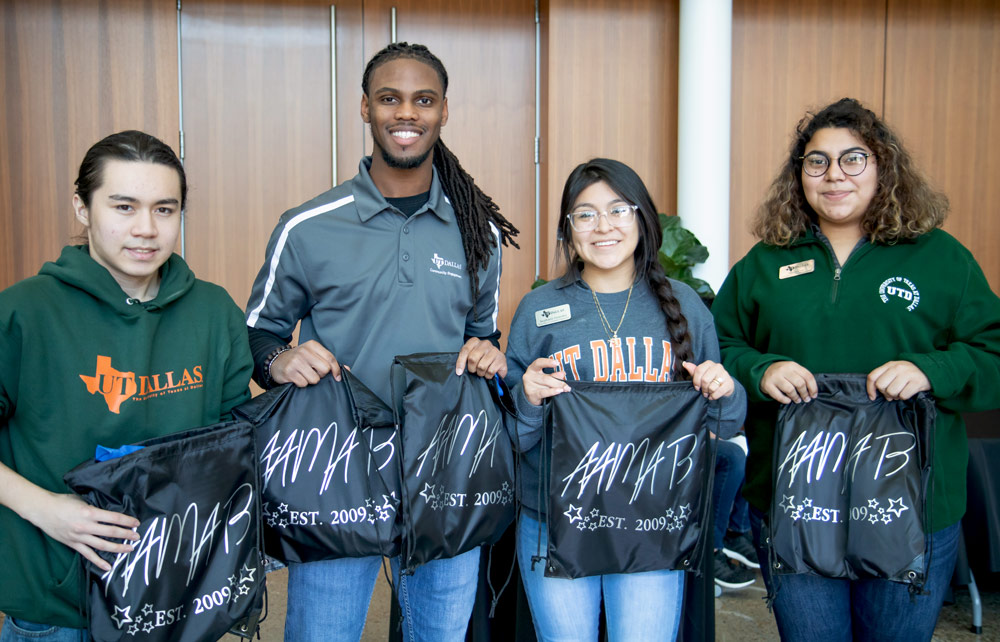