Arts and Humanities Presenting Theatrical, Classical Performances
'The Shape of Things' Delves into the Power of Relationships; Clavier Trio to Play Music of 3 Luminary Composers 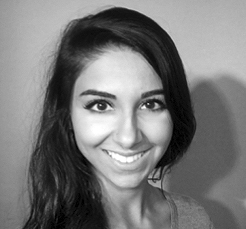 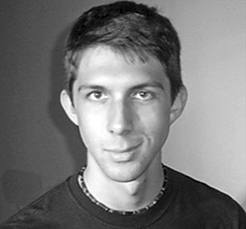 With a theater performance featuring UT Dallas students and a concert from a classical music ensemble, the School of Arts and Humanities brings a weekend full of events to the University.

Beginning Thursday, University students will appear in The Shape of Things, a play written by Neil LaBute. The performance follows Evelyn, an artist portrayed by freshman Carine Rice; and Adam, a shy, insecure student portrayed by junior Michael Bazar. The two become entangled in an intense relationship, and eventually veer into dangerous territory as Adam, under Evelyn’s steady influence, goes to unimaginable lengths to improve his appearance and character.

“As a director, I am interested in puzzles. Easy answers bore me. I am compelled by the simple moments in our daily lives that alter our plans and force us to constantly reevaluate our goals and instincts,” Baker said. “Playwright Neil LaBute is a puzzle maker of the highest order. His work asks questions that lead to fascinating – and often frustrating – discussions. The Shape of Things is one of LaBute’s most intriguing puzzles.”

Performances are at 8 p.m. Thursday through Saturday and Oct. 10-12 in the University Theatre.

Free to UT Dallas students presenting school ID at the box office the night of the events. Discounts are available to faculty, staff, alumni, retirees and students. General admission for non-UT Dallas attendees is $15. Thursday performances of The Shape of Things are free for all. 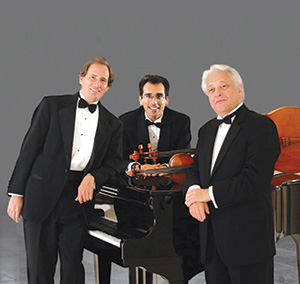 Clavier Trio serves as ensemble in residence at UT Dallas.

The trio formed at the 1997 Music in the Mountains Festival in Durango, Colo., and performed in the inaugural Dallas Symphony Orchestra Chamber Music Series at the Nasher Sculpture Center in Dallas. Since 2002, the trio has performed annually at the Weill Recital Hall at Carnegie Hall, and it has played at the floating Bargemusic venue in New York. In the 2007-08 concert season, the ensemble presented a world premiere in New York City and Dallas of a composition written by composer Robert Xavier Rodríguez, who holds the UT Dallas Chair in Art and Aesthetic Studies.