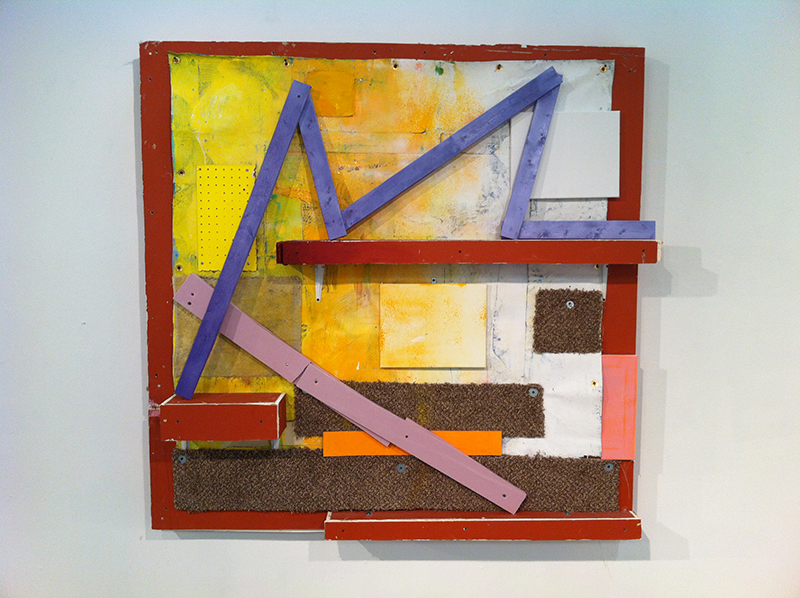 Nathan Green's Drop Patchwork is among several pieces of art on display at the exhibit construction_Site.

The exhibition construction_Site, on display through Nov. 16 in the Visual Arts Studio (AS 1.1),  shows art that adapts the appearance of constructed forms in painting and digital imaging.

School of Arts and Humanities professor John Pomara curated the works of 10 artists for the exhibit. Each piece combines media that are not traditionally used together, calling attention to the pieces’ constructed nature. The idea for the exhibition came during a Skype call between Pomara and Dallas-based artist Nathan Green, who recently curated an exhibit for CentralTrak Artist Residency & Gallery.

Green joked that the exhibit, which featured many mixed-media paintings, was very much like a construction site, Pomara said. That comment inspired Pomara to find other artists who are making art in ways that are not traditional to their medium, similar to how Picasso incorporated cutout collages into his paintings. There are many artists who use multiple materials and break traditional rules, Pomara said.

“Instead of collaging cutouts there are (artists) collaging all sorts of weird materials – from carpet to Sheetrock – and putting them together to make a painting,” he said.

Construction_Site features photography, paintings, sculptures and videos. One of the paintings, Drop Patchwork by Green, is made of wood, carpet, screws and drywall from an old Dallas Museum of Art exhibit. 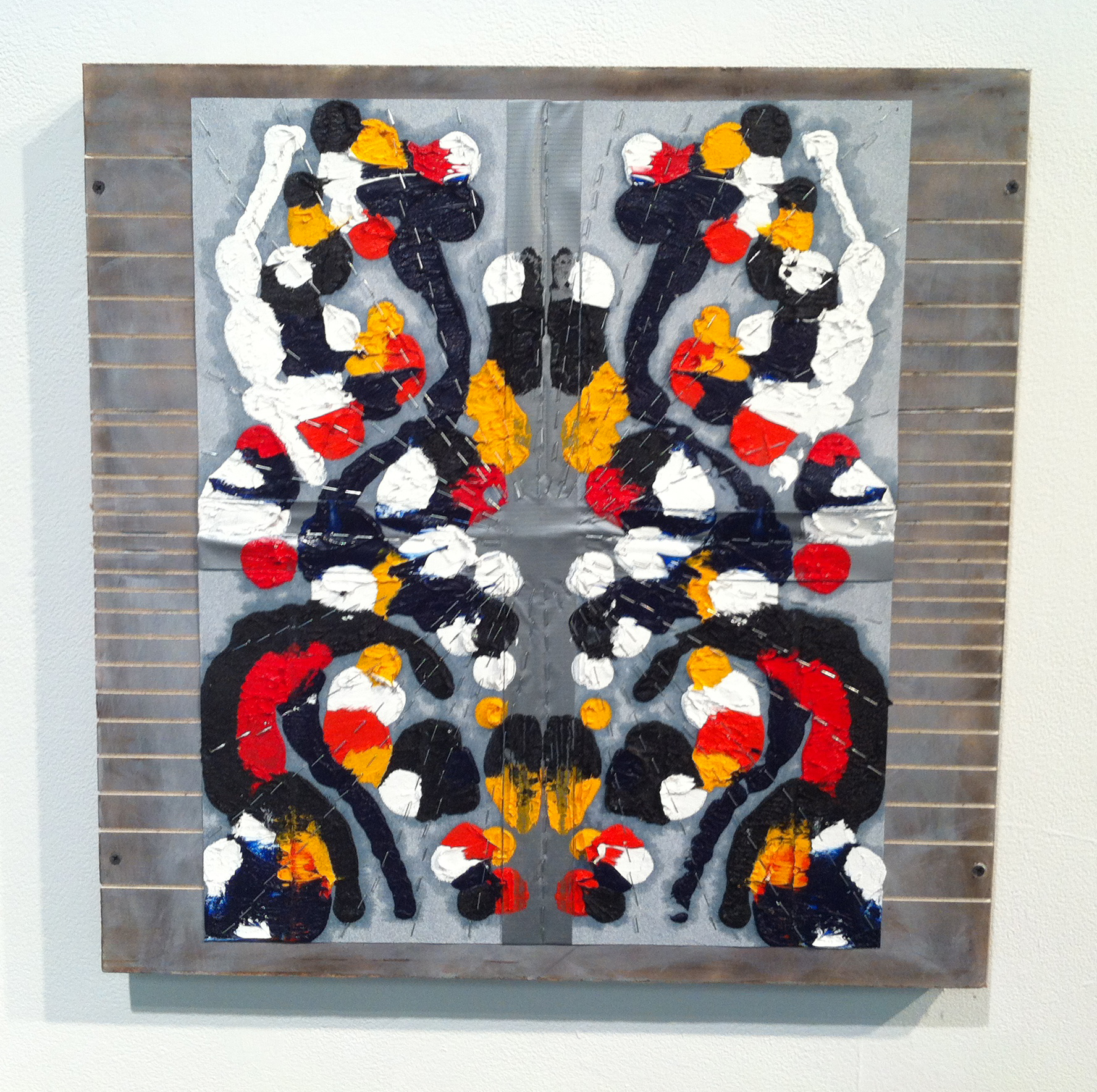 Arthur Peña calls his artwork "attempts," comparing them to a phone that never stops ringing.

“My hopes are that a person would see my work from afar and read it as a painting and the closer they get to it the more they realize that it’s something built out of everyday low-grade construction materials,” said Green, adding that he hopes viewers of this piece ask themselves what they could make.

Dallas-based artist Arthur Peña utilizes screws, staples, pine wood, pieces of fluorescent lights and even strawberries in four pieces on display – Attempt 86, Attempt 87, Attempt 88 and Attempt 89. Peña said he likes to think of his artwork, which he calls “attempts,” as a phone that doesn't stop ringing.

“An attempt is more than trying but less than doing,” Peña said. “There is no goal other than to make work. No one single piece is the final answer to a question; rather, they are new problems to consider, possibly forever. I think of it as a phone forever ringing.”

A version of this article by Shaun Mohamed first appeared in The Mercury, the student newspaper of UT Dallas.